There is no doubt in my mind, Rivers of Light, the new sound-and-light show at Disney’s Animal Kingdom, is a headliner. The show takes place along the lagoon formed by the Discovery River, and lasts 15 minutes. 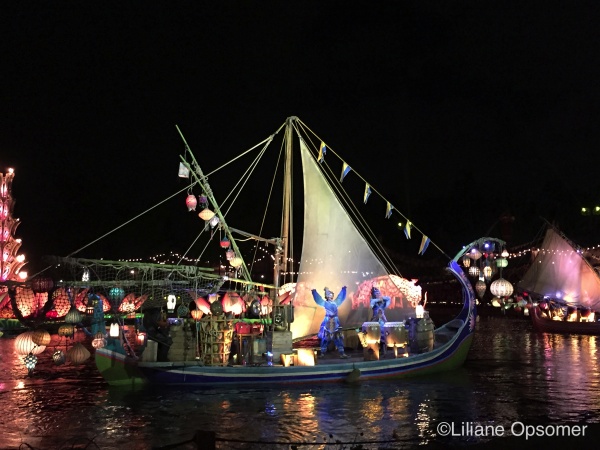 Rich in symbolism, Rivers of Light is about the relationship between humans, animals, and the forces of nature on our planet. There are 11 floats, including two carrying storytellers. However, do not expect a narrative, a plot, or a storytelling with heroes and villains. The storytellers do not talk, but they do enhance the show using Balinese shadow puppets. 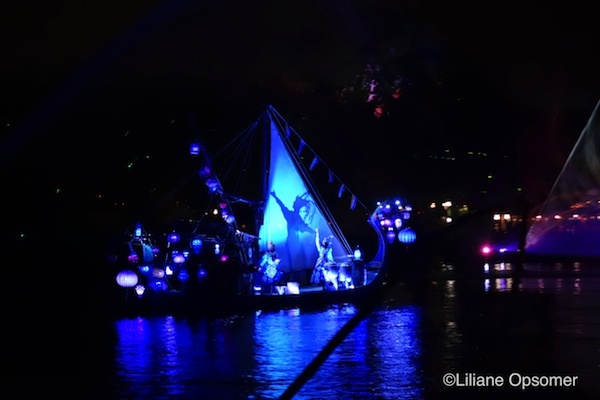 Disney explained in a press release that each float with an Animal Spirit Guide represents a different element: An African Elephant and her calf embody Earth; a Turtle and her baby signify Water; a Great Horned Owl and her owlets symbolize the Sky; and an Asian Tiger represents Fire. 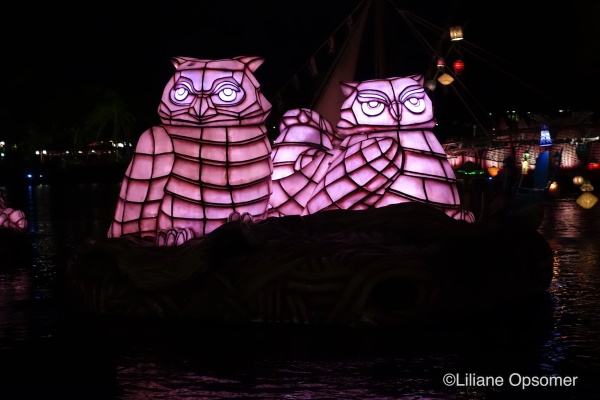 Before the show starts, the shadows of animals are projected on the tree canopies and the riverbank. 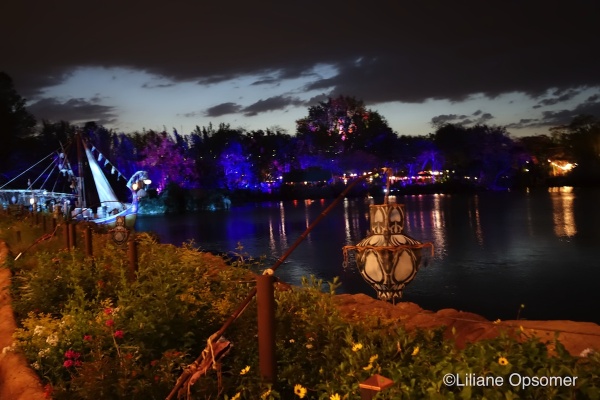 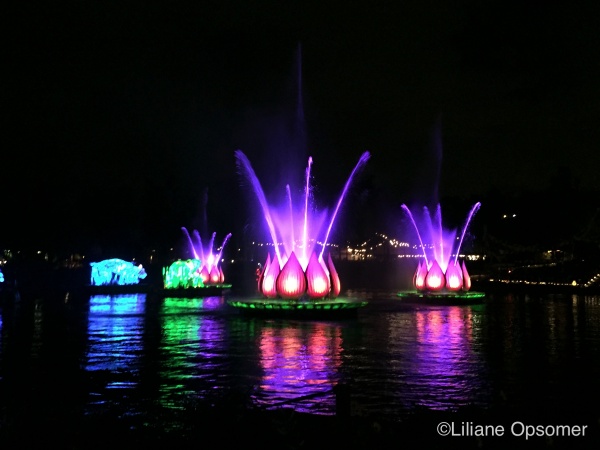 Laser light projections round out the experience. 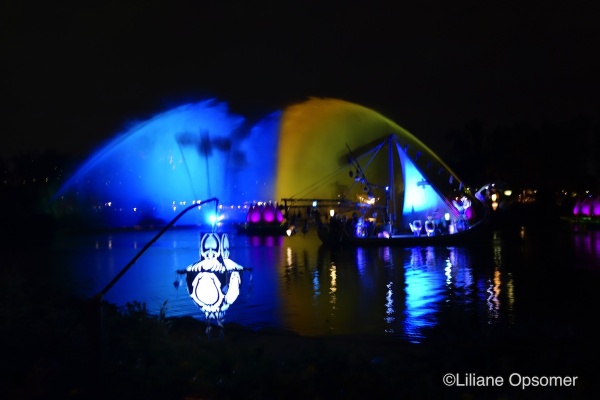 The soundtrack, with a musical score created by songwriter and composer Don L. Harper and the signature song “We Are One” written by Mark Mancina, is an ear worm. I am sure that the soundtrack will become available for guests to purchase soon.

Rivers of Light does not have any fireworks but the show is worth your time. I also think that it is not important to know what you’re watching. It is a water pageant about animals and nature, and a beautiful one for that! 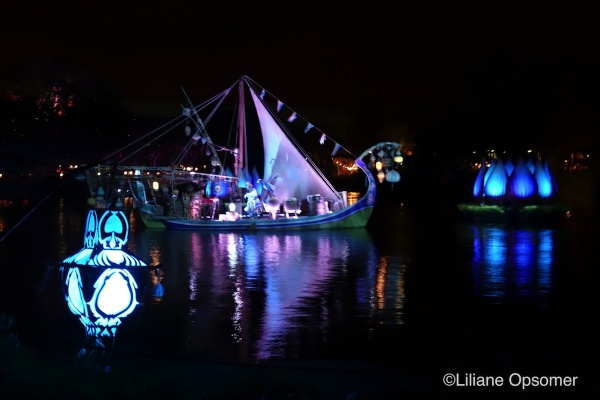 How to get the best seat in the house

Rivers of Light has limited capacity and a FastPass+ reservation is a must as the amphitheater holds only approximately one-third of all guests that visit Animal Kingdom on an average day. Even when the show is presented daily, with two showings per night, not everybody will be able to get a seat.

Make sure you check showtimes, dates, and dining package availability prior to your visit on the official Rivers of Light page.

Even if you have purchased a dining package, I recommend you arrive at least 30 minutes prior to the show to claim your seat. There are several entrances to the show and long lines form early.

The FastPass+ seating entrance is in Asia near Expedition Everest. Within that section I recommend you pick seating on the left hand side (facing the lagoon). 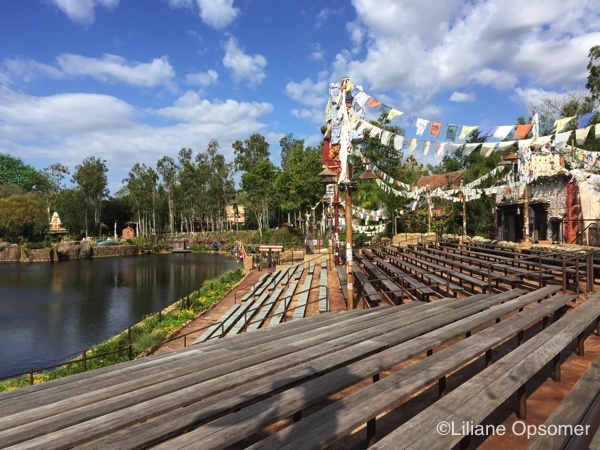 The entrance for the dining package guests is across from the Finding Nemo theater. 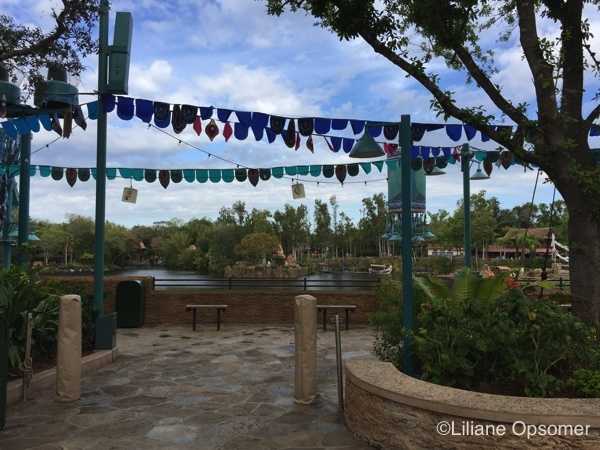 A little farther towards Dinoland U.S.A. is the standby seating area entrance. 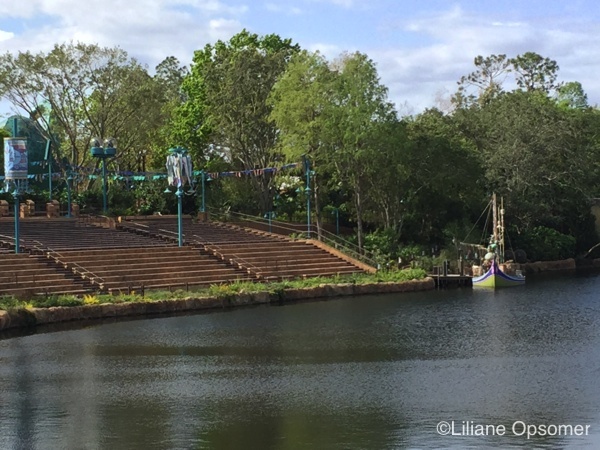 If you want to leave the amphitheater Cast Members will give you a lanyard to wear, allowing you to return. When I visited I had a dining package and was not given a lanyard but told to hold on to half of my dining package ticket (the top half had been ripped off upon arrival) to return. I recommend however that you arrive early, bring a snack and a drink, and relax before the show. Note that there are no bathrooms inside the theater, so take care of business prior to entering the show.

You can see the show from the bridge between Expedition Everest and DinoLand, but you won’t be the only one to claim the few spots available. 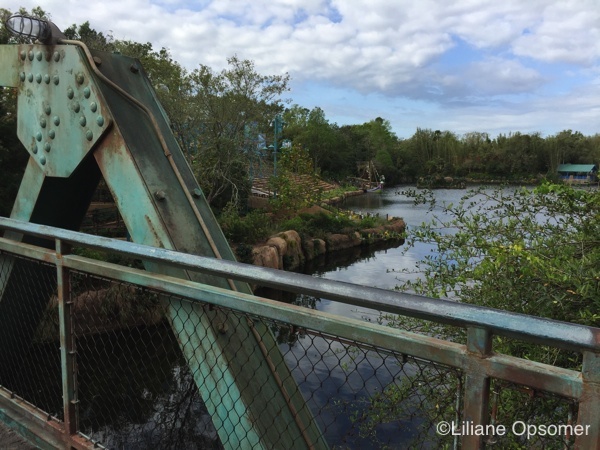 Another option is to position yourself along the walkway between the Yak and Yeti Restaurant and Expedition Everest. 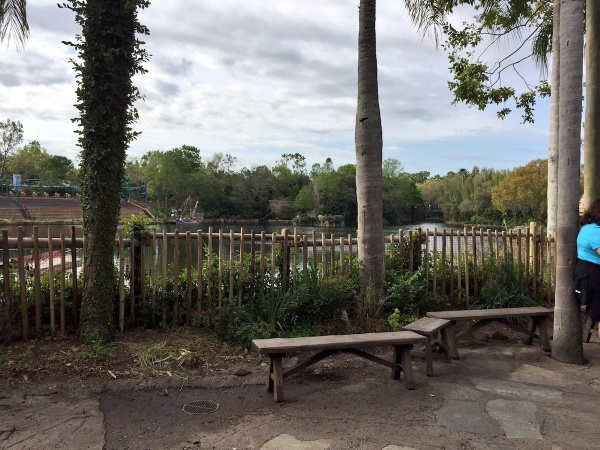 The landscaping unfortunately is already taking a beating from the many viewers. 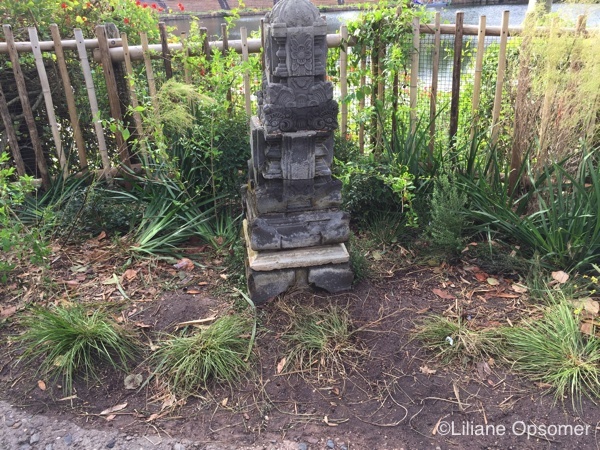 The waterside seating of the Flame Tree Barbecue is not a good option. The water screens and projections come from there and you won’t be able to see much of the show from there. 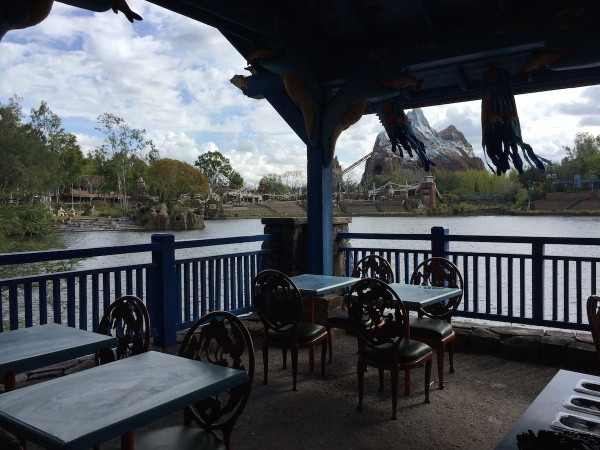 There is no shortage of merchandise for Rivers of Light. I was very happy to see that Disney offers Made With Magic wands featuring the four animals of the show topped by a lotus flower instead of Mickey ear hats. The wand interacts with the music of the show, just like the hats, but they do not interfere with the view of fellow guests. My favorite souvenirs are the Rivers of Light mugs and the lotus-shaped popcorn bucket. 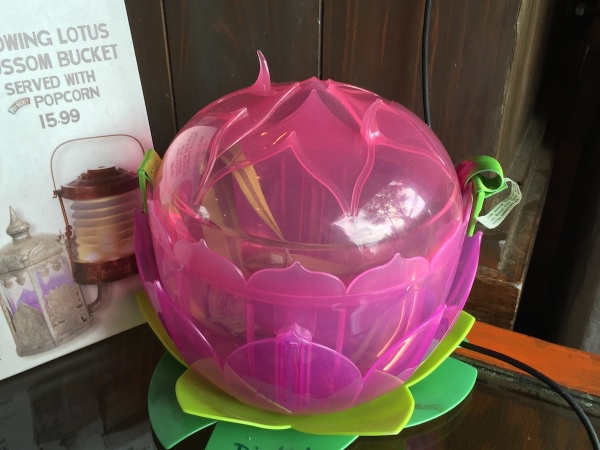 I love Rivers of Light and can’t wait to see it again.

Have you seen Rivers of Light yet? What were your thoughts? Share your tips in the comments!