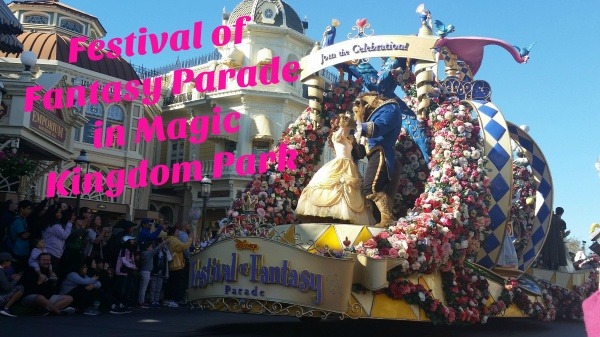 The Disney Festival of Fantasy Parade in Magic Kingdom Park is something every family should plan to see while visiting Walt Disney World. It’s a parade that pays tribute to the tales of Fantasyland and is perfect for kids and adults of all ages. The beautiful, bright colored costumes bring out the whimsy and fun as guests watch their favorite Disney characters march down Main Street U.S.A. 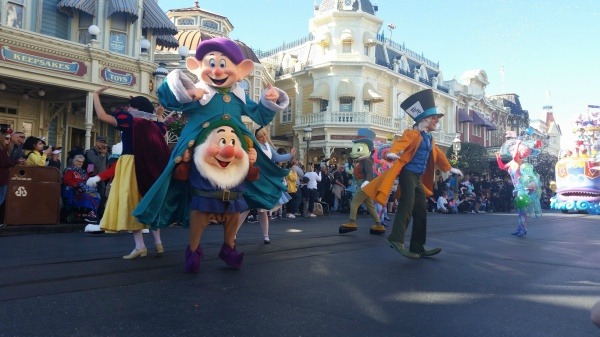 Guests will even see characters that don’t show up around the park very often; such as: Pinocchio, Hook, Jiminy Cricket, and the Seven Dwarfs.

Where Should You Sit? 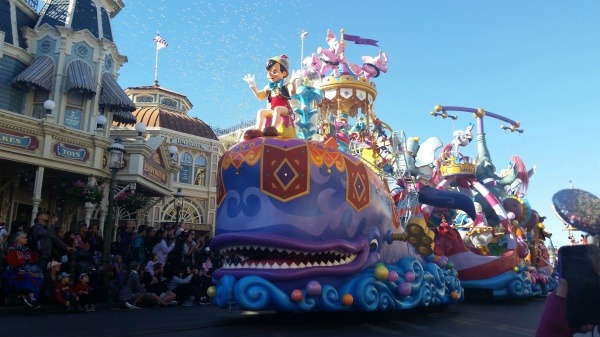 What Time is the Parade?

However, the Festival of Fantasy Parade can be canceled due to inclement weather and showtimes are always subject to change. Disney recommends that guests check their Entertainment Schedule on-line or the Times Guide posted in Magic Kingdom Park. The My Disney Experience App also provides up to date information on all parades and shows in each park. 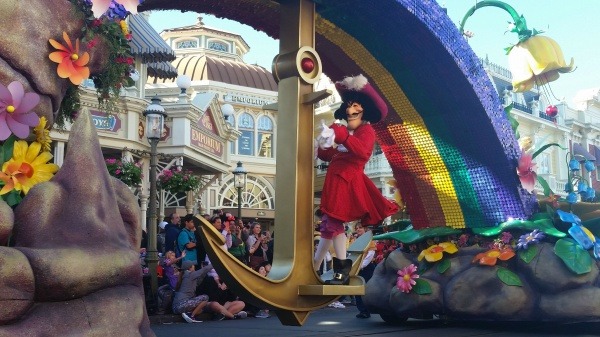 What Can You Expect?

As with all Disney entertainment you can expect a well thought out and entertaining experience. Disney characters and costumed performers dance around the parade route to lively and fun music. Several large floats will impress every Disney fan as they depict scenes from some of our favorite movies. 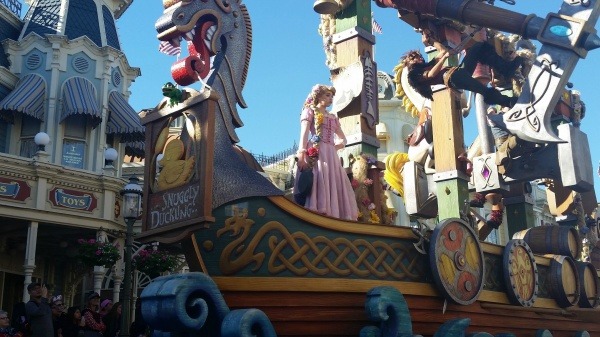 I especially loved the Tangled float featuring Rapunzel, Flynn Rider, and our favorite roughyin’s from the Snuggly Duckling! Flynn and the guys rocked back and forth on huge axes while Rapunzel stood at the front with her frying pan and pascal. I think she’s making sure everyone on board behaves. 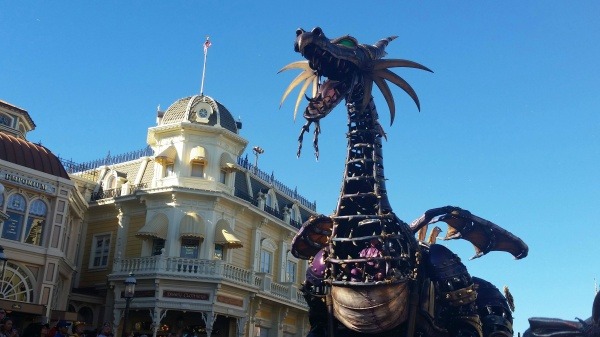 My absolute favorite part was the re-telling of Prince Phillip battling Maleficent (in dragon form) as he tries to free Sleeping Beauty. The dragon itself is very impressive with a steampunk vibe and fire breathing capabilities. I found myself trying to figure out how it operates. Prince Phillip stops every so often and “battles” the dragon while Cast Members on stilts walk around him representing the thorns that wrapped around Sleeping Beauty’s castle. They look amazing! 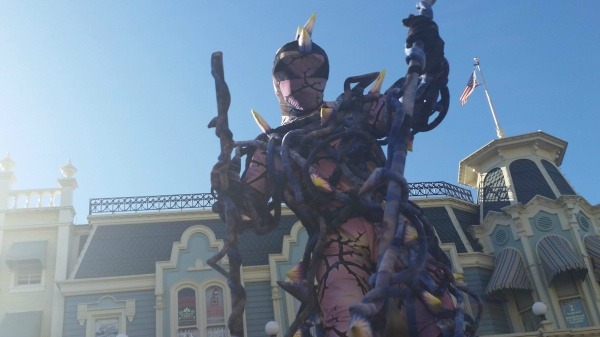 The Festival of Fantasy Parade in Magic Kingdom Park is truly an experience that captures what Disney magic is all about. Make sure to add it to your list of must do shows while in Walt Disney World. You won’t want to miss it!

What is your favorite part of the Disney Festival of Fantasy Parade? Let us know your thoughts in the comments, or on Facebook or Twitter!