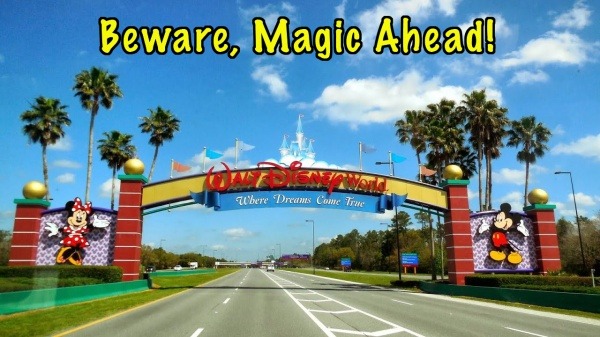 Over the last few years, as crowds and prices have increased, the “Disney Experience” has come under increasing scrutiny. We’ve all heard the cries that the magic has disappeared, but is it really gone? Maybe you’re just not looking for it. Or, dare I say, maybe you’re looking too hard.

Our family visits Walt Disney World two to three each year. I can certainly sympathize with those who see the Disney of their memories being replaced with a new company culture seemingly focused on little more than the bottom line. In just over a year, we’ve seen the introduction of resort parking fees, increased ticket and Annual Pass costs, longer lines, and accusations of intentional under-staffing. I’d venture to say that, if one were relying only on DisTwitter, the happiest place on earth is a shadow of it’s former self.

Call me jaded, a fan boy, or blinded by nostalgia, but I disagree. I won’t argue that Disney hasn’t lost touch with some of its core principles (I’m looking at you, Skyliner towers), but maybe, just maybe, people have come to expect too much Pixie Dust.

My theory on vacationing, and Disney in particular, is to plan it down to the minute, and be prepared to throw all that in the trash at a moment’s. I spend hours creating spreadsheets that are works of organizational art, continually shifting reservations by five minutes to achieve the perfect schedule. Then, inevitably, the magic happens right where I wasn’t looking.

Three years ago, during a cold December trip, my daughter and I were waiting outside Soarin’ for my wife and son. As we wandered through the Land Pavilion, she suddenly became fascinated with the escalator. At two years old, we expected her biggest smiles and best interactions to be with Anna and Elsa, or her favorite, Ariel. But for some strange reason, the big hit of the trip was that silly escalator.

We spent almost an hour walking up the stairs and riding down the escalator. By the time we were ten or fifteen minutes in, the Cast Members working outside Living With the Land were giving her fist bumps every time we passed. Shortly thereafter, they knew her name and had assembled a cheering squad for her, yelling and clapping every time she reached the bottom. We can show her pictures or her visit with Minnie and her dinner with Cinderella, but she still talks about her “cheerleaders” on the “moving stairs”.

Six months later, we were back at Epcot and the same little girl was waiting for the same big brother to be done with Soarin’. We had, as usual, planned the trip with maximum magic in mind. Lagoon view at Beach Club, pools days in Stormalong Bay, and dinner with the princesses at Akershus just to name a few. I was all primed to be Super Dad! This was shaping up to be an epic trip, never to be forgotten.

On this night, she decided we had to go ride with Nemo. As usual, one ride wasn’t enough, and luckily, the Seas Pavilion was deserted. So, around and around we went, through the queue, on the ride, and back through the queue, over and over and over. At what must have been our sixth or eighth time through, the Cast Member outside stopped us and let us in on a little secret. It turns out, when you exit the ride, there’s a door that loads right back into the front of the queue. Sure enough, she called ahead, and as soon as we stepped out of one clam shell, we were escorted around the corner and right back on.

Not only did we get to ride for the rest of the night (yes, the rest of the night) without walking the entire exit and entry queue, but the memory with those rides with my little girl will always be with me. To top it all off, after ride number eleven-thousand or so, the same Cast Member was waiting at the end of the ride with a stuffed, talking Nemo. She told my daughter that Nemo was so happy that she kept riding, he decided he would be lonely once she left and asked to go home with her. To this day, when we hear “In the Big Blue World”, my daughter reminds me about that night.

To those who complain that the magic is gone, my advice is simple. Stop looking so hard. Over the course of many trips, I can confidently state that all of the magic and the most cherished memories, despite my best efforts, were never those we searched for or planned. I still remember the long lines and full buses, but those are far outnumbered by the simple moments and memories that we never saw coming, and certainly never demanded from Disney. It seems the less we look, the more magic we find.

Where do you find the magic at the Disney theme parks? Let us know your thoughts in the comments, or on Facebook or Twitter!

I'm a husband and father of a little boy and little girl. I'm a devoted Disney fan, and Disney history nut, having visited at least once each year since 1981. In addition, we are DVC members, Annual Pass holders, and the all-around typical family.