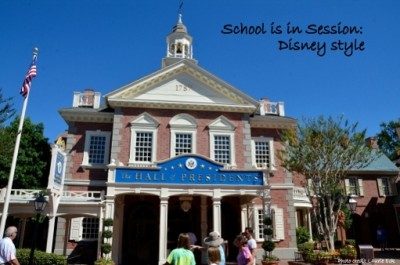 On this Election Day, we will choose a new president, either Republican Donald Trump or Democrat Hillary Clinton. The results of the election will impact a classic Magic Kingdom attraction, The Hall of Presidents. This educational multimedia performance, located in Liberty Square, is updated each time a new president assumes office to include an animatronic of our new leader, who is also afforded a speaking role. As such, the Hall of Presidents is currently scheduled to be closed for refurbishment from January 17 to June 29, 2017. Now, putting current politics aside, let’s explore the history and the scope of this attraction, in addition to some general trivia concerning the presidents.

The Hall of Presidents was originally conceived as a wax museum exhibit. Following the success of “Great Moments with Mr. Lincoln” at the 1964 New York World’s Fair, however, the concept for the Hall of Presidents evolved into the current animatronic show. As an aside, Mr. Lincoln continues to delight California visitors at Disneyland Park’s “The Disneyland Story Presenting Great Moments with Mr. Lincoln,” located on Main Street USA.

The Hall of Presidents’ lobby features an assortment of presidential artifacts and memorabilia. These offerings include paintings, documents, and dresses worn by First Ladies on inauguration day.

The show proper of the Hall of Presidents begins with a video recapping United States history from the Revolutionary War through the present. Presidents George Washington, John Quincy Adams, Andrew Jackson, Abraham Lincoln, Theodore Roosevelt, Franklin Delano Roosevelt, John F. Kennedy, Lyndon B. Johnson, Ronald Reagan, Bill Clinton, and George W. Bush are highlighted in the film. The video is followed by a roll call of the presidents, with each animatronic nodding when his corresponding leader is mentioned.

Specific topics highlighted in the film portion of the Hall of Presidents include the American Revolution; the struggles faced by the new United States after that war under the Articles of Confederation; the republican legacy of George Washington, who refused to be king; democratization and the Age of Andrew Jackson; the Civil War and the leadership of Abraham Lincoln during that war; expansionism and the Progressive Era under Theodore Roosevelt; the leadership of Franklin D. Roosevelt during the Great Depression and World War II; the legacy of John F. Kennedy, who, at 43 years old age, remains the youngest man to be elected president; and a general view of the leadership of more recent presidents. 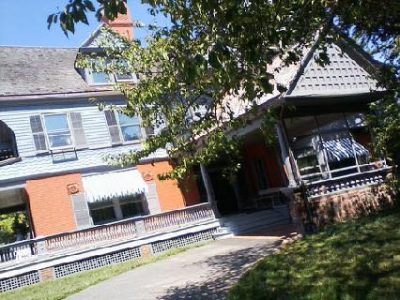 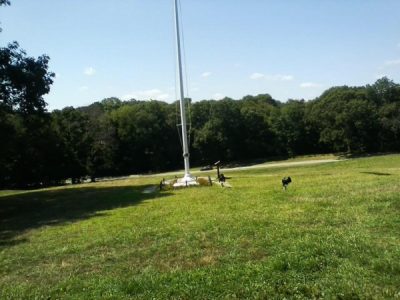 Although Donald Trump or Hillary Clinton will be the United States’ 45th president, only 44 names will be mentioned during the roll call because Grover Cleveland served two non-consecutive terms, as the 22nd president and the 24th president, respectively. Benjamin Harrison, the 23rd president, defeated Cleveland in the latter’s initial bid for reelection in 1888 despite losing the popular vote. Cleveland then defeated Harrison in 1892 to reclaim the presidency.

As of 2016, the animatronics of George Washington, Abraham Lincoln, and Barack Obama are afforded speaking roles. The new president will likely record a speech for his or her corresponding animatronic.

The theater that houses the Hall of Presidents is modeled after Philadelphia’s legendary Independence Hall.  The “1787” inscribed atop the facade denotes the year that the Constitution was drafted and signed at Independence Hall.

Two future presidents signed the Constitution and are thus afforded animatronics in the Hall of Presidents: George Washington, the first president, and James Madison, the fourth president. Madison is termed the “Father of the Constitution” because the eventual document evolved from his “Virginia Plan,” which was presented to the Constitutional Convention by fellow Virginian Edmund Randolph.

Madison’s efforts throughout 1789 in the First Congress were instrumental to the development of the Bill of Rights, the Constitution’s first 10 amendments, which Madison wrote and championed after initially deeming their express addition superfluous. The Bill of Rights is actually comprised of the third through 12th amendments proposed by Madison. His first amendment, regarding apportionment, was rejected by the states but addressed through legislation, while his second amendment, concerning congressional pay, was enacted after a more than 200-year wait in 1992 as the 27th and most recent amendment. Madison unsuccessfully suggested that the amendments be added to the relevant sections of the document proper; the idea to add amendments after the original document came from Connecticut representative Roger Sherman, a signer of the Articles of Association (1774), the Declaration of Independence, the Articles of Confederation, and the Constitution.

Gerald R. Ford, who assumed office in 1974, was the first new animatronic added to the Hall of Presidents following the show’s debut.

John Quincy Adams, the sixth president, was the son of John Adams, the second president; and Benjamin Harrison was the grandson of William Henry Harrison, the ninth president, who served the shortest term of any president in United States history: one month. Harrison, who at 68 years of age was the oldest president until Ronald Reagan, contracted pneumonia while delivering his inauguration speech on March 4, 1841—presidents were inaugurated on March 4, or March 5 if March 4 fell on a Sunday, from 1793 to 1933, when the enactment of the 20th Amendment changed the date to January 20 beginning in 1937—and he died on April 4, 1841.

In 2016, two whimsical performances called “The Muppets Present Great Moments in American History” were introduced near the Hall of Presidents in Liberty Square. One rendition of the show is based on Paul Revere’s Ride, and the other rendition of the show is based on the Declaration of Independence. Presidents John Adams, Thomas Jefferson, and George Washington are included, as Muppets, in the latter rendition.

If you enjoy the Hall of Presidents, be sure to check out Walt Disney World’s other serious U.S. history-based show, “The American Adventure” at Epcot.

Even if you are not a history buff, the Hall of Presidents is a favorite place among Disney fans to enjoy a respite from the Florida sun.

Are you a fan of the Hall of Presidents? Let me know in the comments!