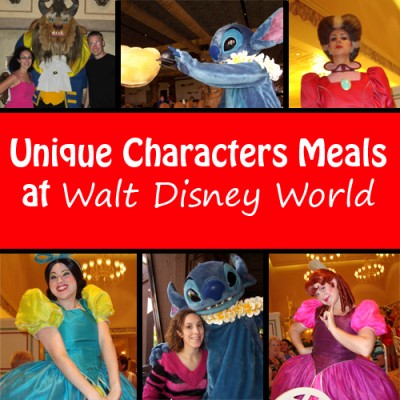 As a note about character meals, I’ve always said that these dining experiences can be for everyone.  So whether you’re there with your kids or just a a group of adults, everyone should get in on the excitement!  While the characters are visiting your table, make sure to engage with them and try to take photos of those candid moments that just sort of happen. (It’s how I got the above photo of Stitch grabbing Pluto’s nose, during a light-hearted moment one time.)

With those notes out of the way, let’s get into the meat and potatoes. (Get it…I made a food joke…oh….nevermind…) 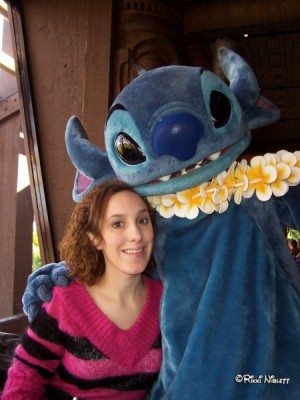 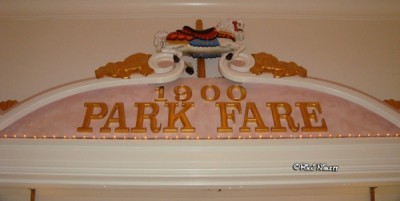 There are a few honorable mentions that I thought you all should know about too!  The first is Be Our Guest Restaurant.  Now, while this isn’t a traditional character meal, at dinner, the Master (that would be The Beast) does often meet with guests in his study after you have dined.

Also, a fun experience for your little one is the Wonderland Tea Party, at Disney’s Grand Floridian Resort. This snacky meal of tea and cupcakes has the kiddos meeting with Alice and The Mad Hatter, from Alice in Wonderland.  Here, guests ages 4-12 only get the opportunity to hear stories, take part in games, decorate cupcakes, and create crafts.

Finally, for those of you who will be down for Star Wars Weekends, for the first time ever, there will be two different Star Wars character meals.  They include the The Jedi Mickey’s Star Wars Dine at Hollywood and Vine for dinner.  The meal includes Disney characters dressed as Star Wars characters, like Jedi Mickey, Princess Leia Minnie, Darth Goofy, Stormtrooper Donald, and Ewoks Chip & Dale. The other meal will take place for breakfast at Sci-Fi Dine In and is called the Star Wars Galactic Dine-In Breakfast.  Here guests can meet with Star Wars characters from the movies.  The character meals will run daily from May 4 – June 15.  Hopefully, if successful, they will continue on.

As with all character experiences, please know that characters are subject to change.

If you are looking for character meals, there are a ton of options, but I particularly like the ones with the unique characters.  It’s fun getting to meet characters who you can’t find necessarily everywhere. Which rare character’s character meal is your favorite?