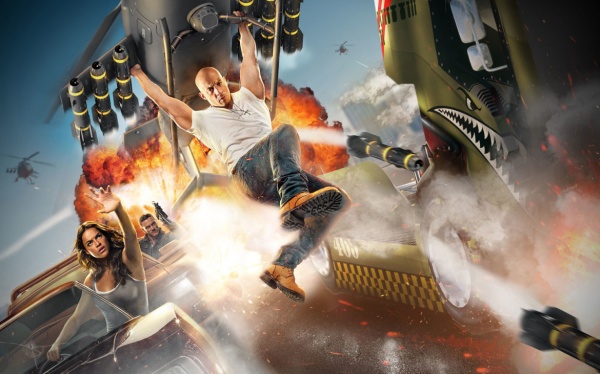 Are you a fan of the Fast & Furious movie franchise? With this year’s seventh film of the franchise doing gangbusters at the box office and the recent update that was made to Universal Studios Hollywood’s tram tour featuring the franchise, it was just a matter of time before the series made its way over to Orlando.

So, get ready, because Fast & Furious: Supercharged is coming to Universal Studios Florida in 2017. In the attraction, guests will have the opportunity to ride along with your favorite celebrities from the franchise in a thrilling adventure that puts you in the middle of the action.

Guests will board special ride vehicles that will take you on this adrenaline pumping thrill ride through underground racing as you are placed right in the middle of the action.  The ride’s storyline will be all new and set in San Francisco and will combine everything you love about the films, including the characters and some of the high-speed, souped-up cars.

Unfortunately, with the new, the old must go.  Guests must say goodbye to two beloved Universal attractions.  Disaster: A Major Motion Picture Staring You! will close officially on September 8 and Beetlejuice Graveyard Review will be closing later this year.

What are your thoughts? Are you excited to see the Fast & Furious franchise brought to live in Orlando?