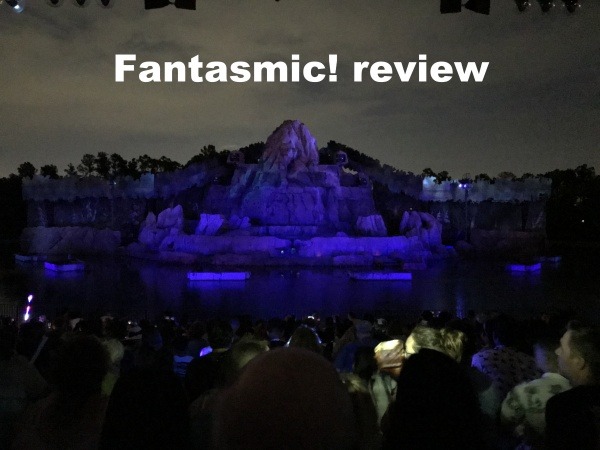 It took me six trips to Walt Disney World before I finally saw Fantasmic! at Disney’s Hollywood Studios. It was sure worth the wait.

For some reason, my family and I have never been ones to watch the shows – fireworks, parades, or otherwise. With a few exceptions – Festival of the Lion King is always a must-see – we’d rather be riding rides.

We’ve watched parts of parades, snippets of the Dapper Dans, and occasionally, we’ll stop what we’re doing to watch an entire fireworks show. More often than not, we like to be on the move when we’re in Disney. We never wanted to take an hour or more out of our park time to watch a show.

I think a lot of it comes from feeling like there is so much to see and not enough time to see it all. However, over time I’ve gradually come to accept that I can’t see and do it all every trip. What I don’t do this time, I’ll cross off the list on my next trip.

When my daughter and I went this past August, we decided it was finally time to cross Fantasmic! off the list. I even went so far as to make a FastPass+ reservation for it so we’d have decent seats for the show.

We arrived within our FastPass+ window and found some seats in the area a Cast Member guided us to. We had a little Pixie Dust here as Cast Members upgraded us from just a FastPass+ reservation to the Fantasmic! Dining Package seating area, even though we didn’t have the dining package.

Our seats were in a great location – right in the center, not too close, not too far away. Like most show seats at Disney, they aren’t built for comfort. However, we settled in and waited for the show. I own the Disney Theme Park Classics CD, so I’m familiar with the finale music from Fantasmic!, and I knew the general plot has Mickey battling some villains. That’s about all I knew prior to the show.

Suddenly, with a burst of fireworks and wisps of fog, Mickey was there! I don’t want to give away the show if you’ve never seen it, but it’s good. Really good! There are heroes and villains and music and lights and fireworks and water and fire. I wasn’t expecting the fire! I apologize for the lack of photos from the show. However, I truly was so blown away by Fantasmic! that I forgot to take pictures!

The show lasts about half an hour, and the wait for the show to start passes quickly. Music is playing and Cast Members all around to pump up the energy.

After the show is a slightly different story. All those people who arrived over the course of a half an hour? Well, they all leave at the same time. It’s a long crowded walk back down into the park. Plan for it to take a bit, or stay in your seat and relax for a few more minutes while everyone else rushes out. It was definitely our least favorite part, and my daughter and I had to work not to be separated.

Here’s a little tip though. A lot of people seem to end their night with Fantasmic! They head right out of the park after the show. However, the park doesn’t always close right after the show. If it doesn’t? Stick around a for a while. We did, and got in another ride on the Rock N Roller Coaster plus some fun PhotoPass shots. 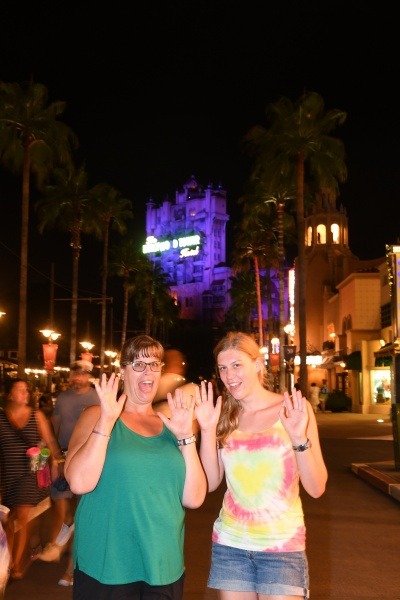 I still can’t believe it took me six trips to make the time to see Fantasmic! Like Festival of the Lion King, it will now be a must-see for me.