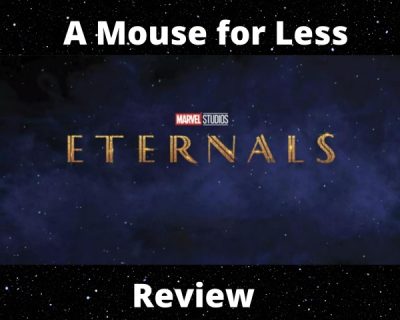 I try to catch every film in the Marvel Cinematic Universe in the theaters, but sometimes it just doesn’t happen. My life was pretty busy when Eternals released here in the U.S., so I wasn’t able to see it on the big screen.

It arrived on Disney + recently and my family and I sat down to watch it. I was curious about it. I had no knowledge of these characters from the comics so I went in with a pretty blank slate. I was curious to see what director Chloe Zhao would do with a big budget Marvel film. And I also was aware that this film got mixed reviews from fans. But I tried to put that aside and look at the film with fresh eyes.

In my opinion, Eternals is a flawed yet still enjoyable film.

Let’s start out with what worked. The visuals are absolutely stunning. Lately I have been feeling CGI-fatigue when I watch Marvel films, but in Eternals, the melding of visual effects with very real locations seems seamless. Zhao’s decision to shoot the film in locations throughout Spain, the United Kingdom and the United States gives us rich visuals that are a welcome sight for eyes that have begun to feel tired of green screens.

The cast is fantastic across the board. For me, the standout of the film is Angelina Jolie, who plays the Eternal Thena with a mixture of confident strength tinged with a vulnerability that makes her quite relatable. One of Marvel’s strengths throughout the years has been its casting, and this film is no exception. Note to Disney+: I am begging you for a Bollywood musical starring Kingo (Kumail Nanjiani) and his valet Karun (Harish Patel). Please!

Now let’s get into what didn’t work so well. There are ten Eternals. Ten main characters that we have never seen onscreen before. Even in a film that spans well more than two hours, there is simply not enough time to explore all of them. Some of the characters are put front and center, while others are simply glossed over. And that doesn’t even begin to include the supporting cast.

I promise I won’t go into spoiler territory, but about midway through the film, the Eternals discover something very shocking which forces them to make an important decision. The decision they have to make is morally and ethically complex. In reality, it would take anyone quite a long time to struggle with what the right decision would be. There would be long, healthy debate amongst any group of people. Here, the decision is made way too quickly.

In general, both these issues cause pacing problems for the film. I cannot help but wonder if this story would have been better served as a Disney+ series. With six or more episodes, there would have been ample time to not only truly explore and get to know each of the characters, but also for those characters to more realistically come to a decision about an agonizing situation.

Could Eternals have been better? Yes. Is it worth watching? Yes, absolutely. Watch it for the amazing visuals, the compelling story, and the most diverse group of characters Marvel has ever put on the big screen.