The fall season has to be one of the my favorite times of year, and Main Street U.S.A. in the Magic Kingdom is partially to blame! From the moment you step off of the Monorail, you’re greeted by pumpkins, friendly jack-o-lanterns, crisp leaves, and delicious seasonal goodies. I recently took a trip to the Magic Kingdom and got to experience Main Street U.S.A. decked out in it’s fall attire. Here, I’ll share with you what I encountered! 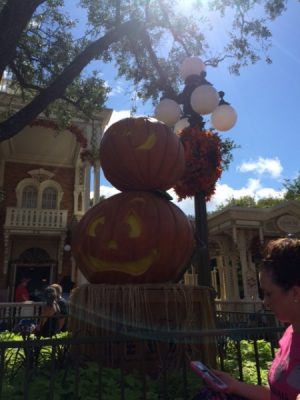 Walt Disney World is known for doing some of the most immersive decorating and theming possible, so it should be no surprise that they go all out to bring fall to Main Street U.S.A. We arrived at WDW over Labor Day Weekend, and the fall decorations were already complete! They’re expected to remain throughout September and October, being replaced with Christmas decorations in November.
EXPLORING MAIN STREET U.S.A. 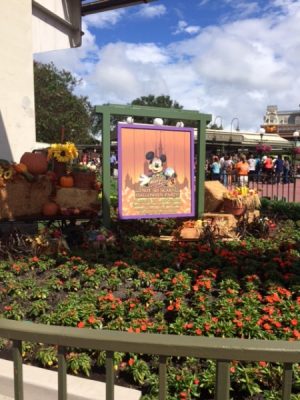 We took a trip to the Magic Kingdom just to experience the fall decorations, and they did not disappoint. Although it was 90 degrees out, we got right into the fall spirit as we headed toward the bag check and security gates, where we were greeted by a Mickey’s Not So Scary Halloween Party sign was placed. Pumpkins and fall flowers adorned the space around the sign, creating a fall vibe. 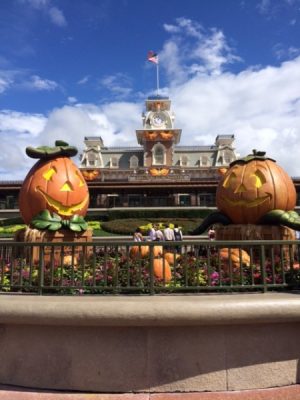 After we made it through security, we came upon our next fall decoration (which was perfect for photo ops!). Two giant jack-o-lanterns sitting upon rustic boxes framed my shot of the Main Street U.S.A. train station. The station also had a bit of fall flare. We agreed that the decorations were whimsical, but not overwhelming, and everything was definitely “not so scary!” 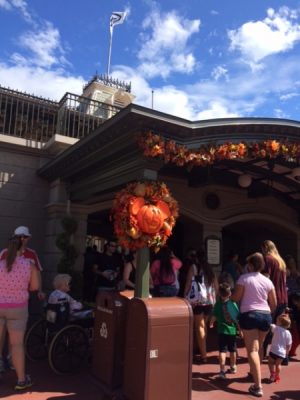 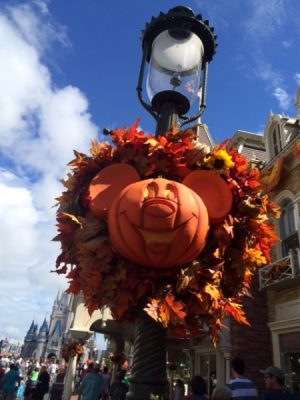 We made our way under the train tracks and noticed light posts and beams were covered with autumn leaves, Mickey jack-o-lanterns, and pretty flowers, while each building was decorated with pumpkins, leaves, and touches of autumn flare. Not a single building was left undecorated, all the way from the train station to Casey’s Corner! 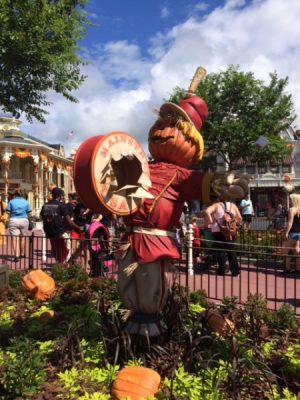 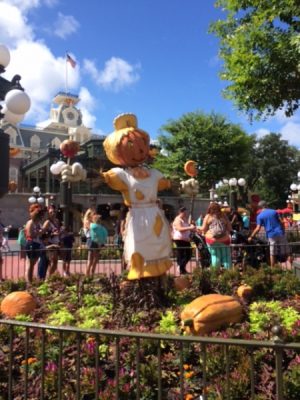 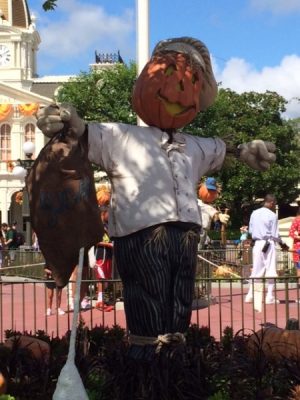 We stopped in the Town Square to take in some of the larger-than-life décor. Jack-o-lantern scarecrow chefs, band members, and confectionary cast members made for great photo opportunites. We also had our photo taken between two giant pumpkins with Cinderella Castle in the back! 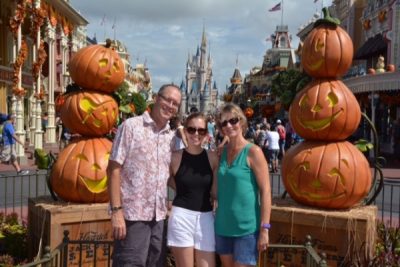 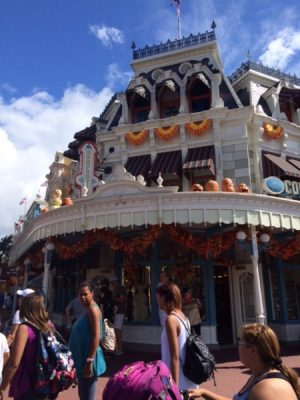 THE CONFECTIONARY
After exploring the street, we stopped in to the Confectionery to cool off and grab a treat! Tons of adorable Halloween-themed treats, decorations, and souvenirs were available for purchase. We saw Trick or Treat buckets with Mickey ears, candy bowls, and more. I was immediately drawn to the candy counter, where Halloween candy apples smiled out from behind the glass. Jack-o-lantern Mickey, ghost Mickey, and Jack Skellington were among the spooky treats. We also spotted candy corn and pumpkin shaped crisped rice treats, which would be great souvenirs. 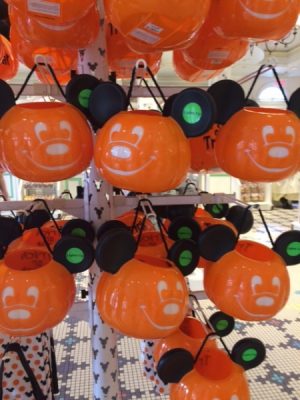 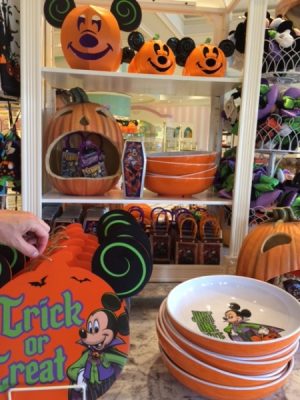 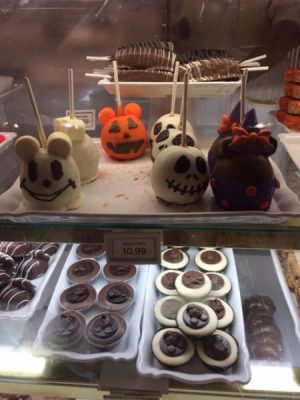 I tried the new s’mores bar, which was recommended by the cast member working the counter. She suggested taking the bar home and microwaving for 6 seconds, but my bar didn’t make it much further than the car! Layers of graham cracker, marshmallow, and milk chocolate are enrobed in even more milk chocolate to create this sweet treat. It tasted just like a s’more you’d make over the campfire! I also picked up some gummy worms in a coffin and a crisped rice treat  for some friends. 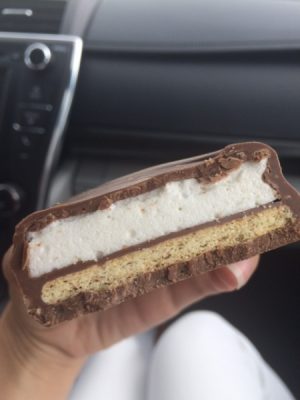 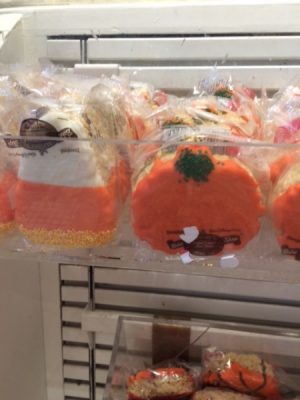 When we eventually made our way back to the Monorail (fittingly, orange!), we looked up and saw a special farewell carved into tiny pumpkins along the train tracks: “See ya real soon!” The fall experience on Main Street U.S.A. is not one to miss! With decorations on every corner and delicious seasonal treats, Disney makes fall even more magical! 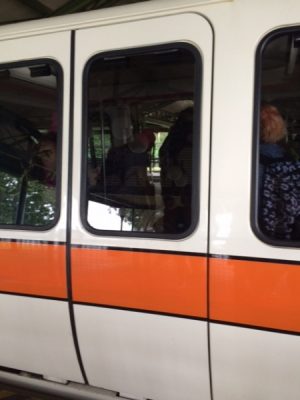 What is your favorite part about fall at Walt Disney World? Share in the comments section!