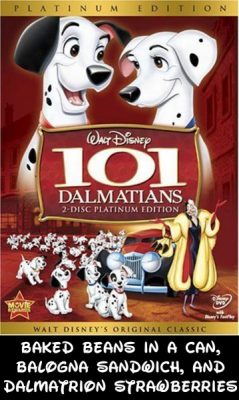 I like to think of Walt Disney as a dog person.  There have been so many amazing canine characters in Disney films over the years that he could not have possibly been a fan of felines. The majority of cats that appeared in films prior to Walt’s passing in 1966 were more foe than friend (looking at you Lucifer). Dogs were portrayed as faithful, fun, and friendly. The pups in 101 Dalmatians were no exception.

Debuting in 1961, 101 Dalmatians introduced the world not only to sweethearts Pongo and Perdita, but to their spotted brood. Their idyllic London life is interrupted when the repugnant Cruella De Vil hires henchmen to steal their litter of 15 puppies to make herself a Dalmatian fur coat.  Thanks to the aid of the “Twilight Bark”, Britain’s canine gossip line, the pups are found and brought home. But to their surprise, 15 puppies became 99 when the final rescue headcount is complete.  Good thing their humans love dogs! They move them all out to the country to live on their very own Dalmatian plantation.

One dog is enough for my house, there is no way I could keep up with 101 of them.  The cost of dog food alone must be astronomical!  Thankfully, there’s more than just Kanine Krunchies portrayed in the film since I was not looking forward to having puppy chow for dinner.  Cruella’s henchman Horace enjoys snacking on the job, so we’re making a couple of his recipes: bologna sandwiches and baked beans in a can. We made our own baked beans and used the can as a serving dish. Bologna sandwiches are fairly self-explanatory. For dessert, Dalmatian spotted strawberries. Just dip a few strawberries in some melted white chocolate and then decorate them with mini chocolate chips as the “spots”.  Our pup wasn’t interested in watching the movie with us, but she was certainly interested in our dinner. Especially the bologna. 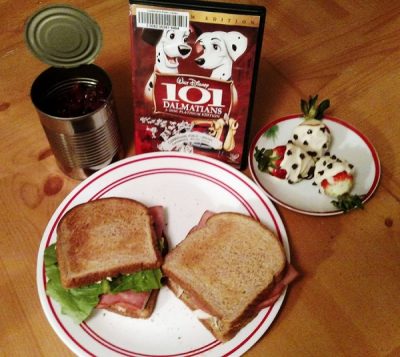 While finding the Dalmatians in the Disney parks is rather difficult, you can sometime spot Cruella De Vil at the Magic Kingdom in the fall.  In prior years, she was available to meet at Mickey’s Not So Scary Halloween Party and could be seen in the Boo To You Parade. This year, Cruella was missing from Main Street in the Villains Cavalcade. Perhaps she was off plotting her next dognapping?

If you are interested in thwarting her efforts, you can play the Sorcerers of the Magic Kingdom game and help to defeat her! It’s a great interactive activity for the whole family. Speaking of family, time to make dinner for mine. See you next time for another Disney Movie Meal Challenge! 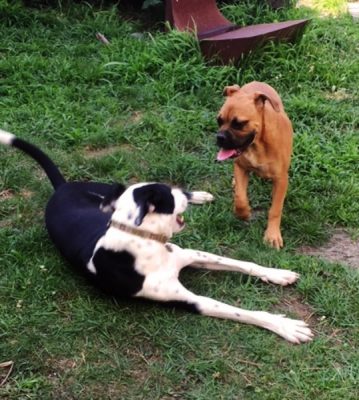