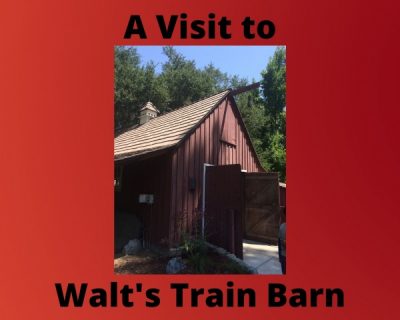 How often do you hear the words “free” and “Disney” in the same sentence? Not very often! But if you happen to be in Southern California on the right day, you can have a short, free Disney experience by visiting Walt’s Train Barn. 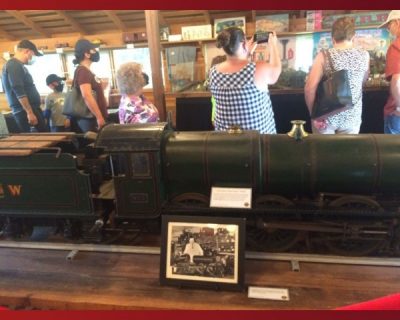 Guests can view some of Walt’s model trains

If you’ve never heard of it, you are not alone. When I told friends I was going, people who have lived in Los Angeles their entire life asked me “What is Walt’s Train Barn?” The answer? It’s a small museum run by the Carolwood Society. It’s located in Griffith Park, the massive park inside of Los Angeles. If Griffith Park sounds familiar, it may be because this is the location of the famous carousel that Walt Disney would take his daughters to on Sunday mornings. He has often said that he would sit on a bench (which you can find in the Walt Disney Family Museum in San Francisco) and wonder why no one had built a place where the parents and the kids could have fun together. In short, he dreamed up Disneyland. (Note that Griffith Park is enormous, and the carousel is not within walking distance of Walt’s Train Barn.) 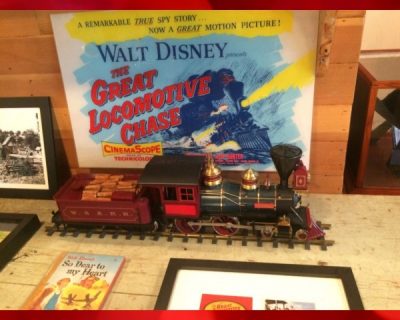 Walt’s Barn is typically open to the public one day a month, but it had been closed through the majority of 2020 because of the COVID-19 pandemic. When it was announced that it would reopen on July 18th, I knew we had to go. 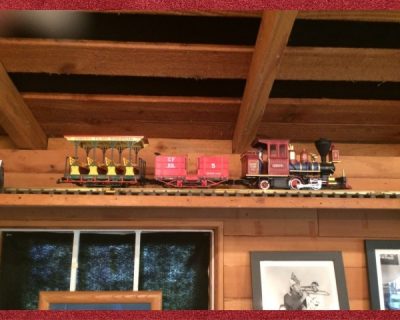 Just like in Disney restaurants, don’t forget to look up!

The Barn is the very same structure where Walt would remotely control his miniature trains at his home. It has been lovingly preserved and is now full of Disney memorabilia that deals with trains. This includes model trains, a mechanical model of the former Mine Train Through Nature’s Wonderland ride at Disneyland, and toys based on the Disney trains and monorails. Some of the memorabilia is displayed on workbenches that Walt himself built. 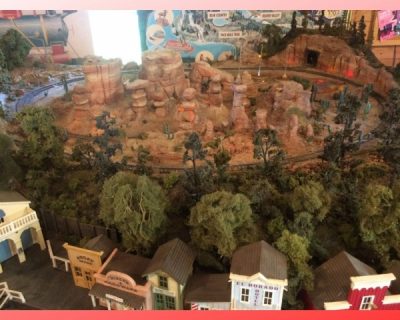 Animated model of Mine Train Through Nature’s Wonderland

Just outside of the Barn is an old car from the Disneyland Railroad. We were curious why this train car was taken out of commission, so my daughter asked a friendly and knowledgeable docent. He explained that this train had forward facing seats. When the Disneyland Railroad added the diorama of the Primeval World and the Grand Canyon, the train cars were redesigned to include side facing seats so that all guests would be able to easily see the display. 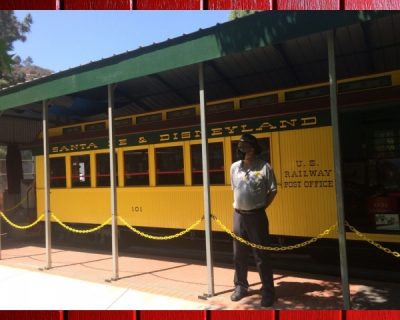 Just a few steps away, you can find the train depot of Ollie Johnston, the famed animator who shared Walt’s love of trains. It is a 1/4th scale replica of an old Victorian train depot. Disneyland fans might notice that the old ticket booths for each attraction inside of the park share more than a passing resemblance to the depot. 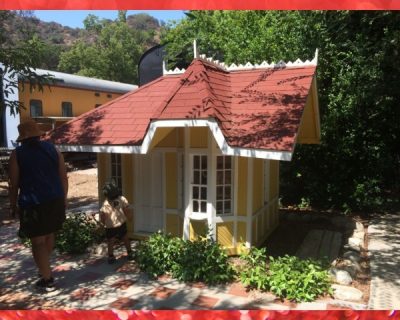 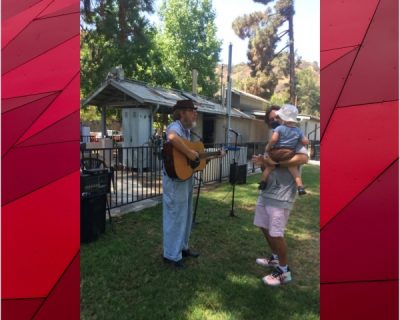 It was quite hot when we visited, and since it had been closed for so long, the line to get into the Barn was long. However, a spirited musician who called himself Hobo Hank was on hand with his acoustic guitar. He sang Disney songs, folk songs about trains, and pretty much anything that guests in the queue asked for. My daughter was thrilled when he asked her to come up to the microphone to sing it’s a small world!

You can easily see the barn, the train car and Ollie’s depot in an hour, which makes this a good excursion for a free day in Southern California. While you’re here, go ahead and make the drive to visit the carousel for a complete Walt Disney experience.