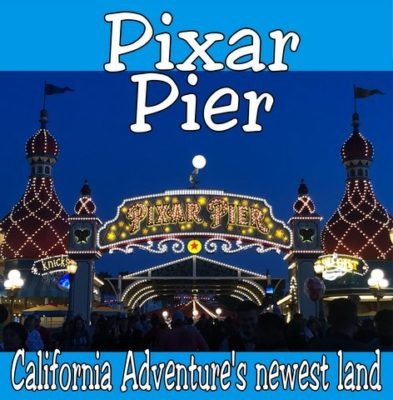 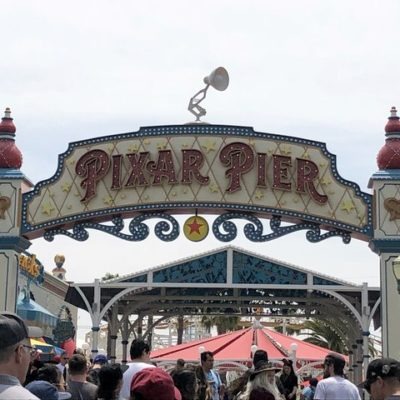 The land replaces most of the former Paradise Pier, which rings the lagoon used at night for World of Color. Entering via the boardwalk brings you under the Pixar Pier marquee. The sign supports an animatronic Luxo Jr., the mascot seen at the beginning of Pixar movies. The lamp swivels and moves as you stroll by. 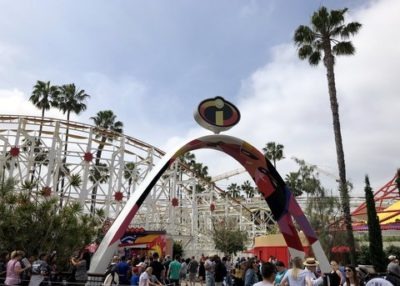 The most prominent change to the land is retheming California Screamin’ into the Incredicoaster, The retheming includes new show scenes before, during and after the attraction. You ride along as the Incredible family tries to capture an elusive Jack-Jack. Featuring the iconic score, special effects, and even a cookie smell, the opening-day coaster has been plussed. 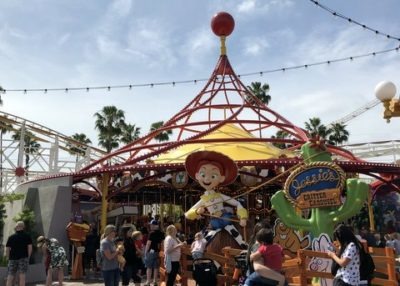 This summer, Inside Out Emotional Whirlwind will be added to the attraction lineup of Pixar Pier. The spinner takes you around Riley’s emotions in Memory Movers, “surrounded by vibrant shelves packed with glowing recollections,” Disney promises. 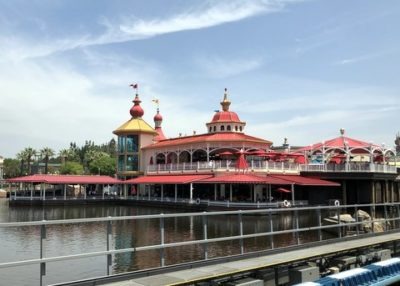 All of this coasting and spinning will make you hungry, so check out all all of the new food options around Pixar Pier while you’re there. Lamplight Lounge is a new table-service restaurant overlooking the lagoon. (It replaced the former Ariel’s Grotto and popular Cove Bar.) Spots go fast for this new and hip space, so make your reservations well before your park day. 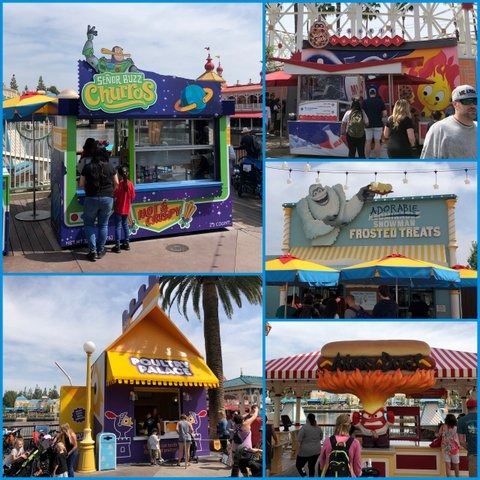 All of the other dining options are snack stands and kiosks: Senor Buzz Churros, Jack-Jack Cookie Num Nums, Adorable Snowman Frosted Treats, Angry Dogs, and Poultry Palace. Each has a limited menu of fun foods and photo ops. 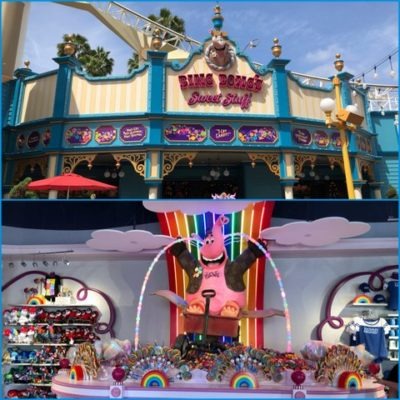 Bing Bong’s Sweet Stuff is a candy counter, sweets store, and merchandise outlet. You can buy a stuffed Bing Bong that smells like cotton candy … and cotton candy too. Other shops include Midway Mercantile (at the exit of Toy Story Mania), and Knick’s Knacks, named after the unfortunate snowglobe from an early Pixar Short. 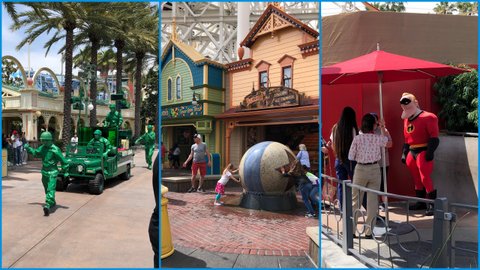 If you’re not riding, eating, or shopping, you’ll still find plenty to do. The midway games survived the change and now all have Pixar stuffed prizes. The Green Army Men put on multiple shows each day, the Pixarmonic Orchestra has its own bandstand, and Pixar characters take turns meeting throughout the land. 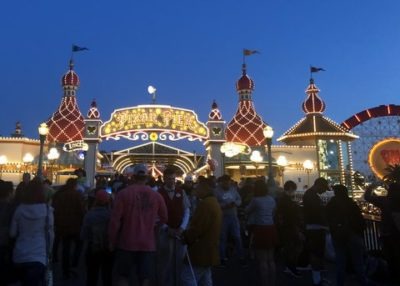 The area can get busy during the middle of the day. I recommend visiting early (while everyone else is at Radiator Springs or Guardians of the Galaxy — Mission: Breakout), and then again at night to see the boardwalk all lit up. If you time it right, you can ride the Incredicoaster in the twilight or dark!

This land isn’t all-new, but it brings new life to an aging area of California Adventure and added some fun options that tie it all together. Visiting the vibrant Pixar Pier brings a smile to your face!