The Christmas Season starts November 17th at Universal Orlando, and festivities run through January 6th. Here are the highlights!

Christmas at the Wizarding World of Harry Potter

The Wizarding World of Harry Potter Hogsmeade, as well as London and Diagon Alley, put on festive decor. Inspired by the stores of the Wizarding World, the decorations are intricate but still very elegant. Be on the lookout for feathers in the wreaths of the Owl Post, fireworks in the garlands at Weasleys’ Wizard Wheezes or a wreath decorated with balls of yarn at Spindlewarps. 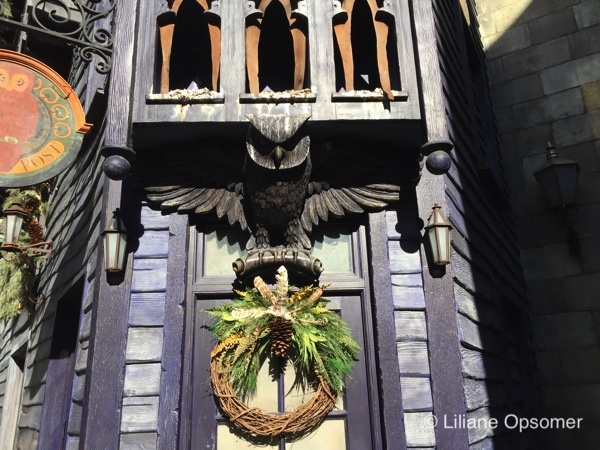 The Frog Choir and Celestina Warbeck and the Banshees will have a special yuletide program. You must listen to Celestina sing “My Baby Gave Me a Hippogriff for Christmas.” And if you want to know what happens when you cast a spell on Father Christmas, go listen to the Hogwarts Frog Choir. 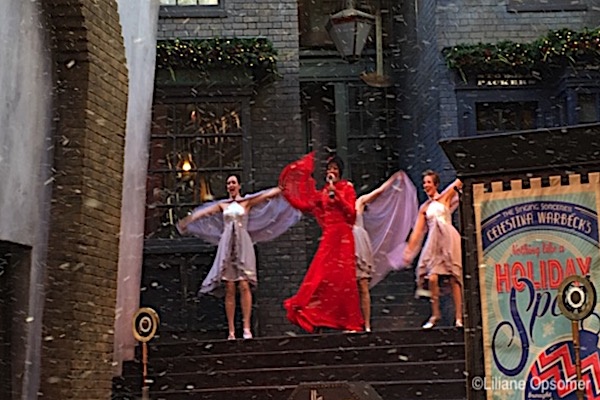 The Christmas store at Universal Studios is a big temptation. I could get easily carried away and come home with an entire collection of ribbons and garlands in the Hogwarts house colors, as well as ornaments for a Harry Potter-themed Christmas tree. 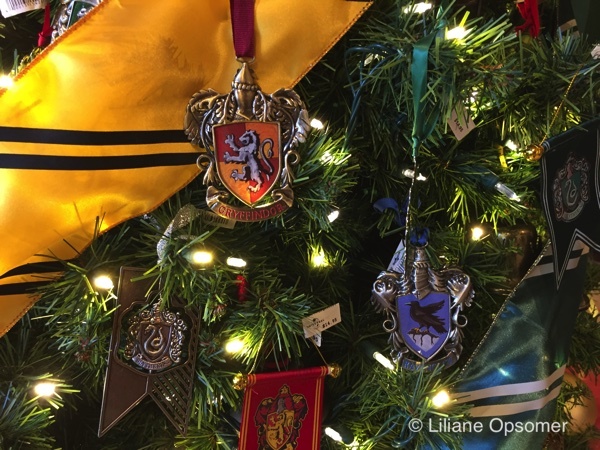 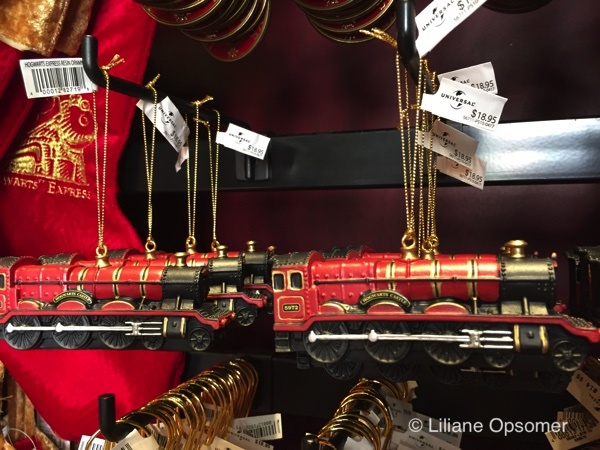 The Hogwarts Castle show gets a Christmas overlay, and it is nothing short of magical. You have to watch the show several times to take it all in. From the huge Christmas tree, to the Yule ball and the Hogwarts ghosts singing carols, the projections are a feast for the eye. The show starts at dusk and runs continuously until park closing. 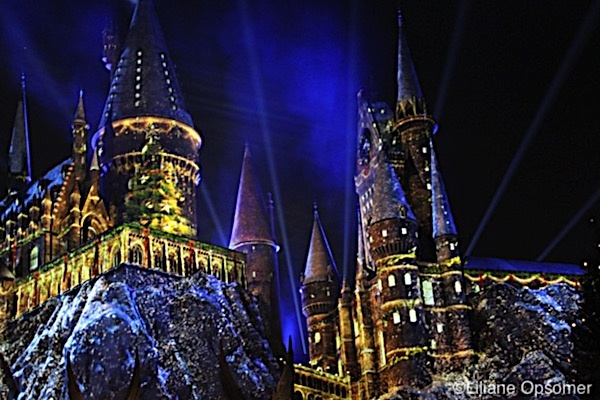 The highlight of the festivities at Universal Studios is Universal’s Holiday Parade featuring Macy’s. Did you know that shortly after Thanksgiving some of the large parade balloons that float through the streets of New York City are shipped to Universal? The parade includes marching bands, dancers, stilt walkers, beautiful floats, giant balloons, and, of course, Santa Claus. The parade briefly stops when Santa’s float reaches the Christmas tree in the New York section of the park. Here, Santa lights the tree before continuing on his way. Does it snow? You bet!

The parade takes place November 17th through January 6th at 5:30 p.m., except on November 28th, December 6th, and December 14th when the parade starts at 5:15 p.m. On Christmas Eve and through December 30th the parade begins at 8 p.m. 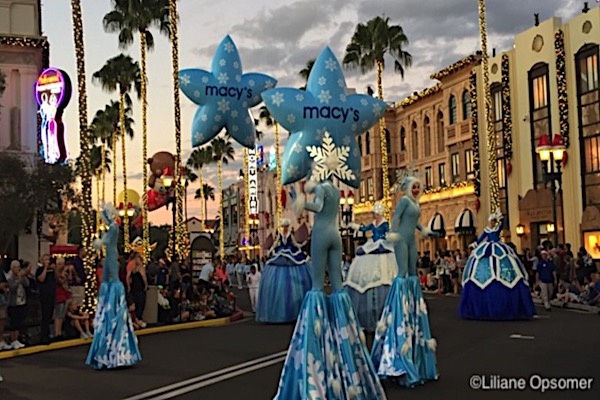 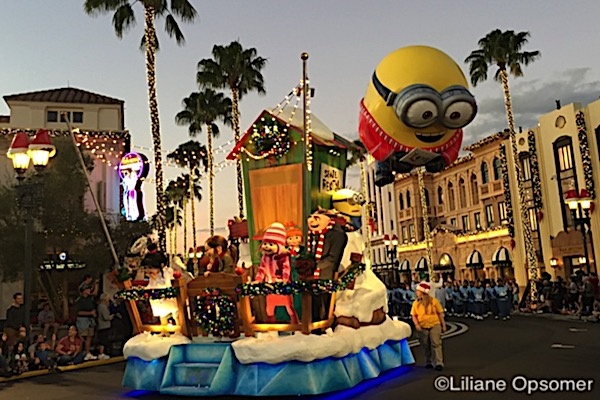 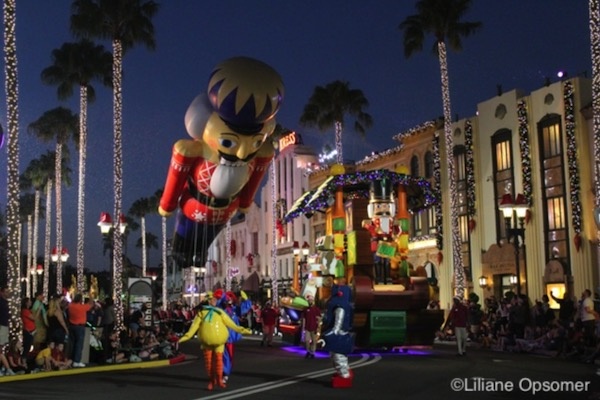 Make sure to visit Delancey Street to catch one of the performances of the Blues Brothers as they perform seasonal favorites, such as “Blue Christmas” and “Santa Claus Is Coming to Town.” And, yes, there will be a massive snowfall here too. 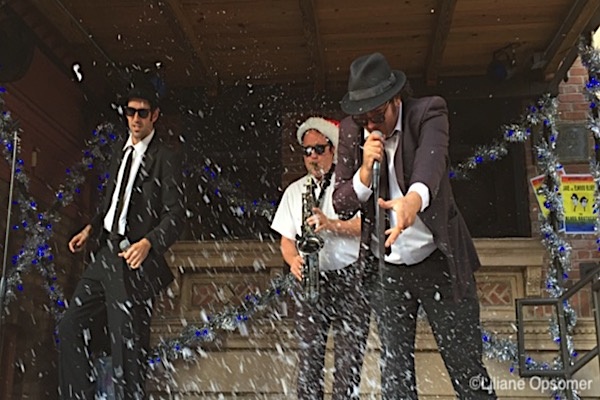 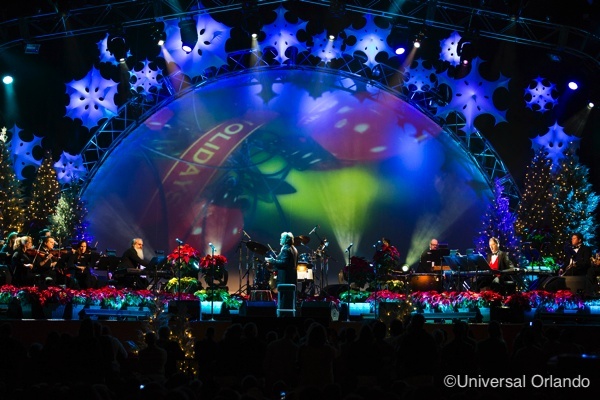 New and Not-So-New at Universal Studios

Not part of the Christmas repertoire is Universal Studios latest attractions, Race Through New York Starring Jimmy Fallon and Fast & Furious: Supercharged. If you haven’t experienced these rides, go for it. 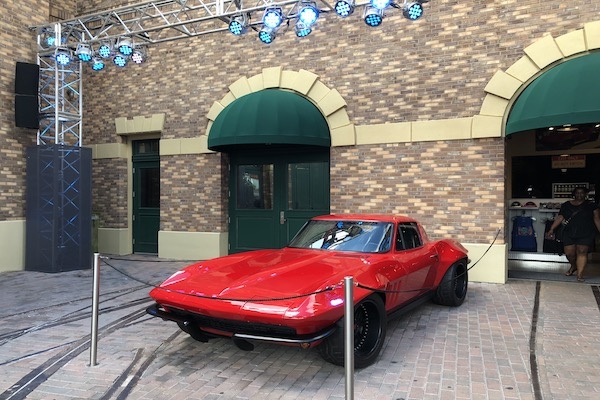 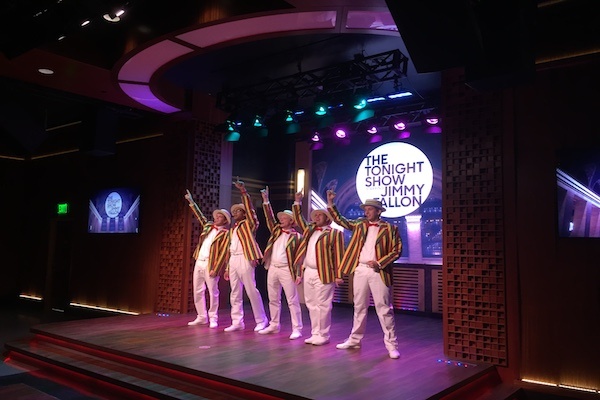 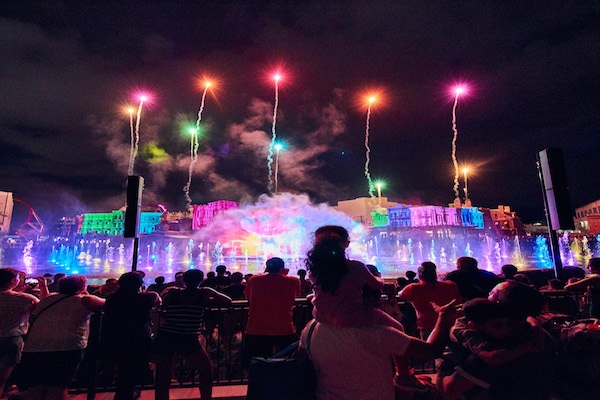 Celebrate the Season at Islands of Adventure

Over at Universal’s Islands of Adventure, Seuss Landing transforms into the wonderful world of Grinchmas. For a lighthearted Christmas picture, visit with The Grinch Who Stole Christmas. He can be found inside the All The Books You Can Read store, while you can spot the Whos from Who-ville throughout Seuss Land. 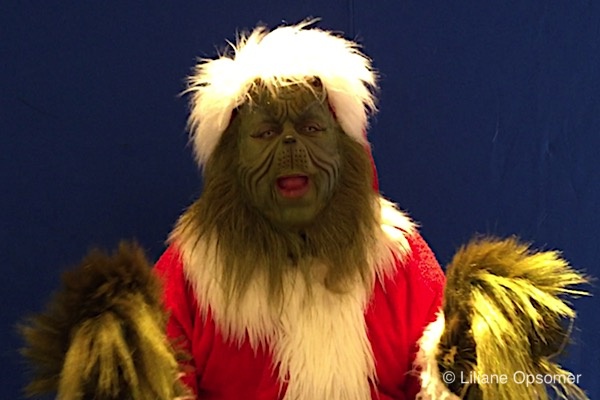 Several times a day, guests can enjoy the Grinchmas Who-liday Spectacular show. The half-hour musical is a live retelling of Dr. Seuss’s classic holiday tale, starring, of course, The Grinch, and featuring music recorded by Mannheim Steamroller. The show is held at the soundstage located behind the Circus McGurkus Café Stoo-pendous. 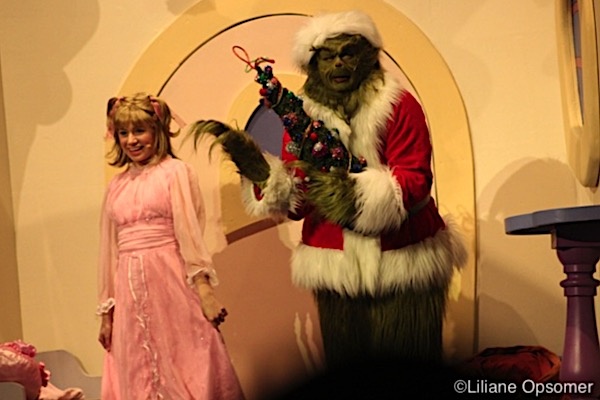 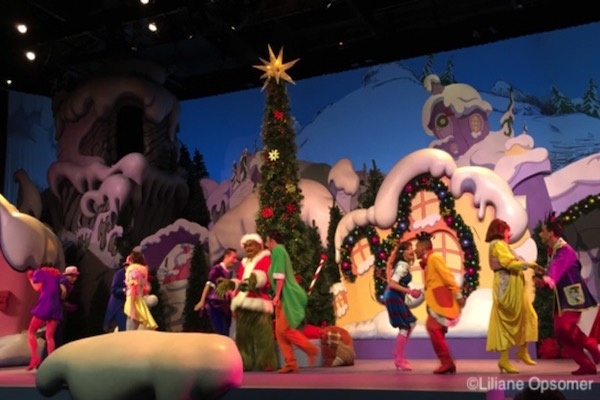 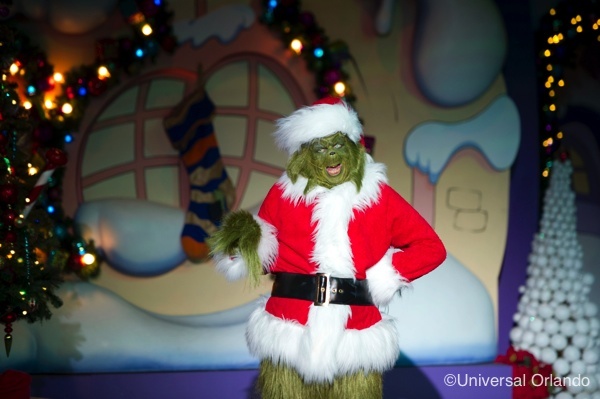 New and coming soon to Islands of Adventure

Jurassic Park fans can now meet with Blue, of Jurassic World: Fallen Kingdom fame. Blue the Velociraptor meets guests in his paddock at the Jurassic Park Raptor Encounter. Eagerly awaited for 2019 is the opening of a new Wizarding World ride in Hogsmeade, replacing the Dragon Challenge coaster. 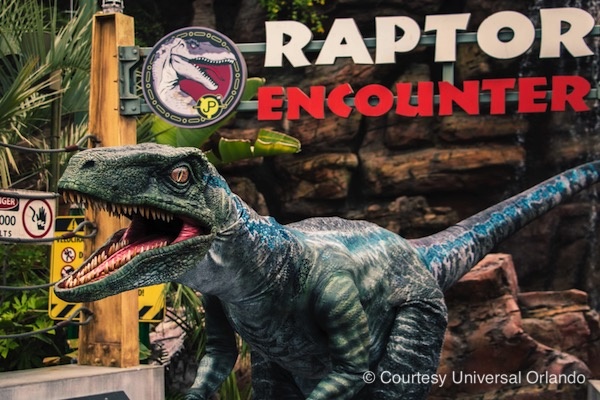 Want to visit Universal Orlando Resort? Contact The Magic for Less Travel for more information and a free, no-obligation quote.