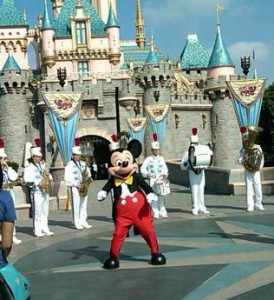 With this month bringing the 58th anniversary of Disneyland and of Disney parks in general it got me thinking about how much has changed over the past 58 years of Disney Parks. So many attractions have come and some have stayed though many have gone. So many milestones have been reached and obstacles overcome. In the spirit of this reflection I have started a new series: each month I will be highlighting important dates, attraction openings/closings, and other interesting facts from Disney Park History. This list is not inclusive of all events, but highlights some important/interesting moments in the history of the Parks.

July 1, 1975 – The “WEDway Peoplemover” opens in Tomorrowland at the Magic Kingdom in Walt Disney World.

July 4, 1955 – a pre-opening party for Disneyland employees is held in the park.