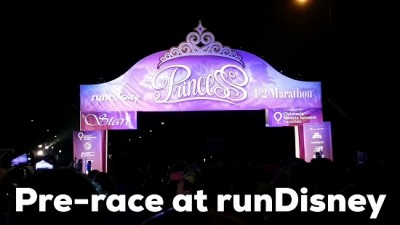 runDisney knows most people don’t want to get up at three in the morning to run twenty six miles so they’ve created a pre-race atmosphere that not only wakes you up, but makes you excited to run. They do this by offering a plethora of visual and audial stimulation. 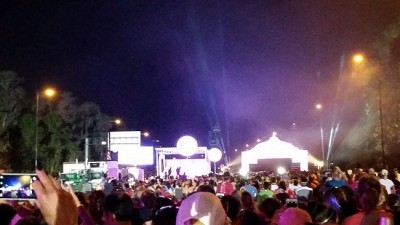 Welcome to the most magical run of your life

There’s a moment before you arrive at the event where you first lay eyes and ears on the lights and the music that set in motion the magical experience about to be had. I haven’t participated in many runs outside of runDisney, but most of them have you show up, get to the starting line, and go. Luckily with runDisney that’s not the case. As mentioned, before you even arrive you can hear the dance party that awaits with a DJ blasting dance music. They play Disney themed music and allow guests to dance the night…er… morning away, until the race begins. The music, along with the people, helps fill the air with a palpable excitement that surrounds the event. 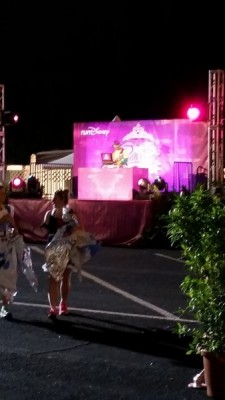 If music isn’t your thing there’s plenty of visual stimulation in the way of costumed runners. You could spend hours; maybe even days looking at all the unique and fun costumes people have created. And when I say created, I mean it. There are a few store bought costumes, but many of the participants sport homemade character costumes or props that make it feel like a maker space instead of a marathon. (Keep in mind, there are new costume guidelines in place for runDisney races.) 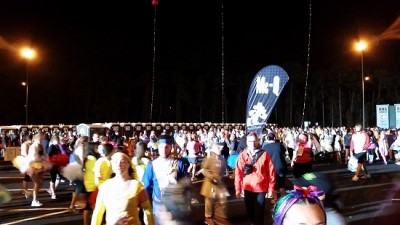 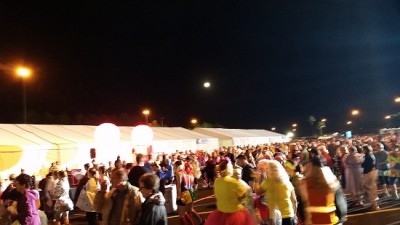 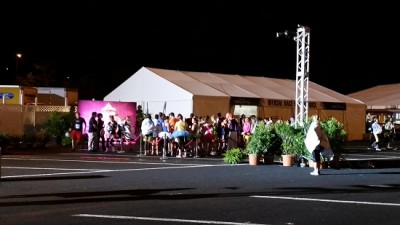 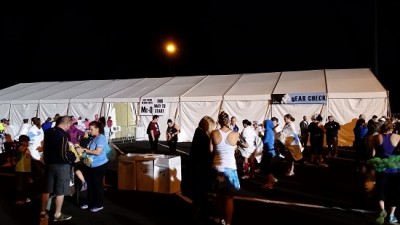 Once you’re done ogling your costumed brethren you can either take advantage of the bag tents (where you can store whatever you might need for post-race) or head down to the corrals where the race starts. The walk from the pre-race area to the corrals is unique in and of itself because it’s the last bastion of relative solitude you’re likely to experience for the rest of the day and as the music dissipates you’re left with the quiet murmurings of the crowd around you, a la a grade school cafeteria. In addition, make sure you stop at the porta potties, just in case. 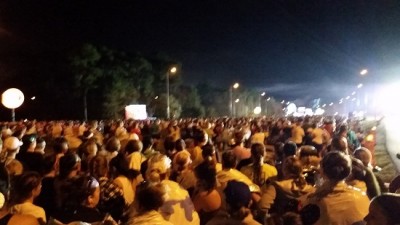 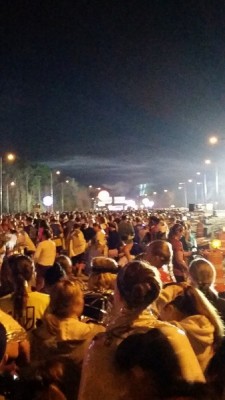 Eventually you’ll round a corner and the excitement picks up again as the corrals come into view. Throngs of people stretch, stand, and mentally prepare themselves for the race at hand, but don’t fear, there’s still more fun to be had before the race begins. Event announcers play with the crowd and psyche everyone up just a little more; nudging the dial to eleven. Sometimes they play clips from movies and of course, music is pumped in. 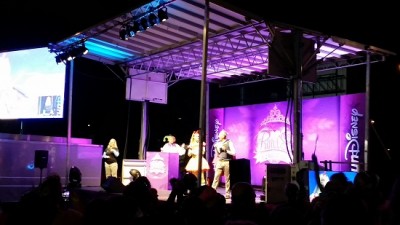 Close up of the announcers

At the start of the race the national anthem is sung and the first burst of fireworks goes off, signaling the start of the run. As each corral is released onto the course (corrals are released in two to five minute intervals) more fireworks explode, making the crowd go nuts. This energy creates a feedback loop where everyone’s excitement makes everyone even more excited thus perpetuating the adrenaline fueled atmosphere. 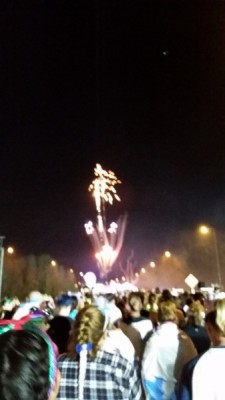 What Disney even is complete without fireworks? 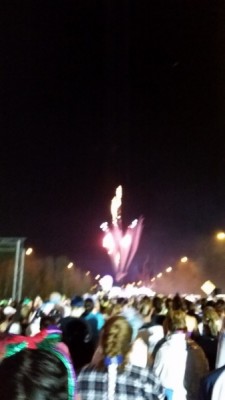 Once you’re let loose on the course the first mile is magic, not because there’s loads of entertainment or character meets stationed there, but because you did it; after months of planning, making costumes, and preparing you’re in it. On top of the personal success of participating in a runDisney event, the pre-race environment that coordinators create helps bring out the best in everyone and that positive feedback loop comes back into play.

There’s not many places I feel are more supportive, more joyous, or funner then the entirety of a runDisney event so if you’ve ever been apprehensive about signing up for whatever reason, throw those by the wayside and sign up, you won’t regret it!