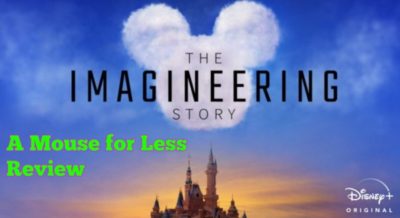 As you might have heard once or twice, Disney launched its own streaming service, Disney+, on November 12th. Upon launch, people began exploring decades of classic Disney films, and also great new shows, including the highly anticipated new Star Wars show, The Mandalorian.

However, if you are a big Disney Parks nerd (like me), one of the most exciting new features at launch has been “The Imagineering Story.” This program is a six part documentary series directed by Leslie Iwerks, an Oscar and Emmy nominated filmmaker who also happens to be the grand-daughter of legendary animator, Ub Iwerks. 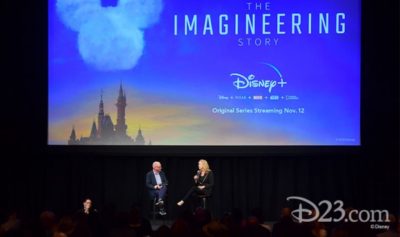 Starting from the origins of Disneyland, and then continuing through Walt Disney World and the international parks, WED Enterprises (now Walt Disney Imagineering) was full of creative and innovative people that were constantly breaking new ground in the theme park business and beyond. Even having heard some of the stories before, being able to actually see the progression of some favorite attractions and hear directly from many of the people responsible is very cool.

On top of that, if you have been a fan of the parks for a long time, this series will give you the opportunity to once again see some favorite attractions that no longer exist.

This series could be a clunky and awkward combination of old interviews and videos and still be interesting. However, thankfully, it is also incredibly well made. The writing, pacing, and overall storytelling is excellent, and leaves you wanting to see and learn more.

No matter how often any of us are able to head “home,” many Disney parks fans try all kinds of things to fill up that space and make the wait seem shorter. The Imagineering Story definitely helps fill that void, and I hope that Disney+ continues to create and release this type of behind the scenes park-centric content.