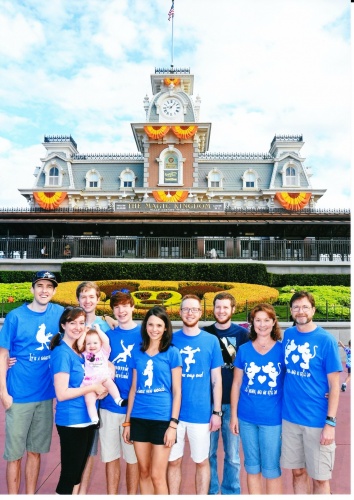 In the 26 years since we took our first child to the parks, I have always been firmly in the camp of “Don’t take your child to Disney until they are old enough to enjoy and remember it!” Our son was barely two years old when he made his first visit to Disney World, and it wasn’t a pleasant trip for any of us. He was scared of most of the rides and the characters, refused to eat or sleep at regular times (partly our fault as first-time parents!), and really enjoyed the hotel room and pool much more than the parks. After that trip, my husband and I decided that any future children would have to wait until the age of five to go to Disney. And we stuck to that rule through the rest of our five kids!

Fast-forward to 2015. Our first grandchild was turning one, and we were planning a trip for the whole family. Disney World was, of course, our first choice as the place to go, but we had some serious doubts about whether taking a baby so young to the parks was wise. Visions of all the crying babies and toddlers (and sometimes parents) that we had always felt so sorry for in a hot, crowded park, danced before our eyes. We spent several weeks going over the pros and cons, both with each other and with our daughter and son-in-law. But because they were so positive it would work, we decided to give it a try. And in the end, although the trip was not perfect, we were so happy we did! 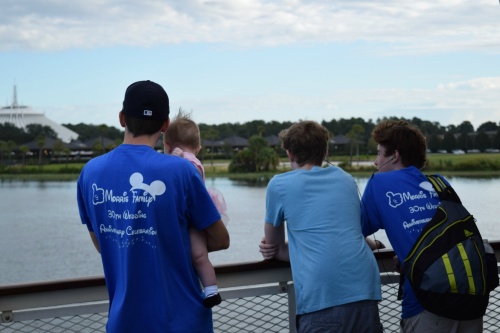 We knew this would be a much different trip than we had become used to; our youngest child is now 16, so it had been quite a few years since we had taken someone still in need of naps to the parks! I am a planner by nature, so the first thing I did was to make a list of all the rides and attractions I thought our granddaughter might enjoy, those that might scare her, and the ones that would be a good place for napping. Then I tried to get used to the idea that we would not all be together all the time. With the age range of our group, I knew that we should plan to split up for part of our days, and possibly even be in different parks. The final plan was that we would stay together in the mornings, go our separate ways after an early lunch, then meet up again for dinner. For the most part, that’s what worked best for us. 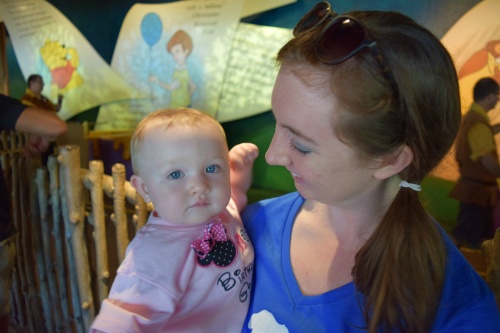 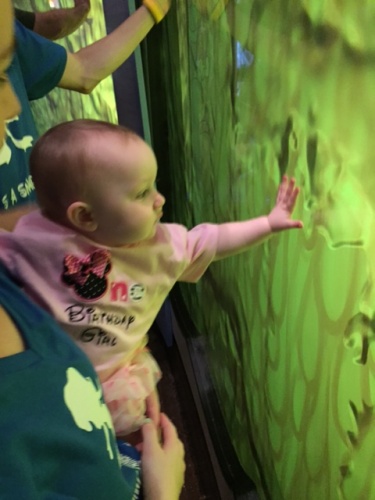 Magic Kingdom was the one park where we all wanted to be together. We all were excited to see our granddaughter’s reaction to the attractions there. We chose to take the ferry to the park from the Transportation and Ticket Center, and she loved it! Our first stop was The Many Adventures of Winnie the Pooh, as that was her favorite movie. Right away we could tell that she was a little overwhelmed, even with something as familiar as Pooh. The dark places in the ride and the loud music was a little too much for her; she didn’t cry, but she wasn’t thrilled either.

After that, we decided that rider swap might be a better idea for most of the other rides. She did enjoy the carousel, It’s A Small World, and Peter Pan, and took a great short nap in Carousel of Progress. Her favorite thing was being able to get out of the stroller and crawl around in the waiting area of the Hall of Presidents. And the cast members everywhere were great, going out of their way to smile and talk to her. I know they do that for everyone, but it always makes you feel special!

The surprise of the day was our ride on the Tomorrowland Transit Authority! This has always been my go-to ride for a cool place to sit down and enjoy the view for a while; we head here when the kids need a break, and sometimes it works for a nap, too! Our granddaughter was in the car in front of us, and she laughed and waved to us the entire ride. Her mom held her close and talked to her during the dark portion through Space Mountain, and she came out on the other side still smiling and waving. They rode the TTA a couple more times that day, and her reaction was the same each time. I would never have picked that to be her favorite! 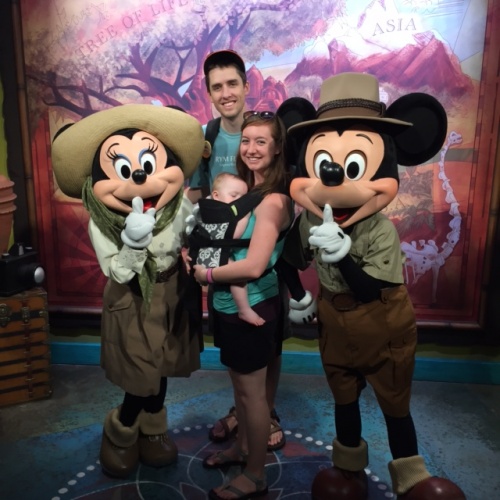 I must say that my daughter and son-in-law were very wise about taking breaks and having down time back at our hotel. They went into the trip knowing that their time at the parks would be limited, and were very committed to making sure naps and bedtimes stayed pretty much on schedule. We all took turns entertaining the baby so everyone got a chance to ride most of what they wanted in Magic Kingdom, and spent one day in separate parks so that the older ones could ride the thrill rides in Disney’s Hollywood Studios while the rest of us visited the animals in Disney’s Animal Kingdom. We didn’t plan any character meals as we weren’t sure whether the characters would scare her. We did get a picture with Mickey Mouse, but she was sound asleep!

All in all, it was a wonderful trip, and I would definitely do it again. I have switched to the camp of “Yes, you can take a baby to Disney and enjoy it!” With good planning and realistic expectations, you can make it work!