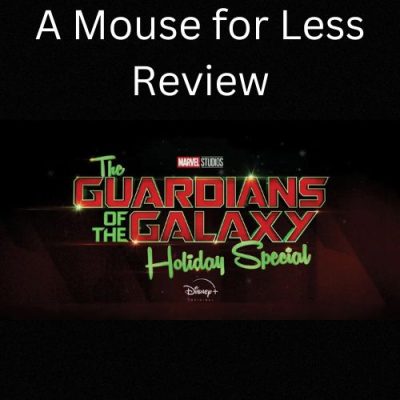 Now streaming on Disney Plus

Marvel has been putting a LOT of content on Disney+. Not only can you watch movies and TV shows, but they’ve started giving us special presentations. Just in time for the holiday season, they’ve released the short (44 minutes) Guardians of the Galaxy Holiday Special.

This little whimsical special will be a real treat for Guardians fans. The film opens with an animated sequence in which Kraglin (Sean Gunn) describes how Yondu (Michael Rooker) ruined Christmas for a young Peter Quill (voiced by Luke Klein). When the rest of the Guardians hear about it, Mantis (Pom Klementieff) convinces Drax (Dave Bautista) to travel to Earth with her to find adult Peter (Chris Pratt) the ultimate Christmas present. To say more than this would be to ruin some pretty hilarious moments, so I’ll leave the plot summary there.

This Guardians of the Galaxy Holiday Special is probably not going to take top place on anyone’s list of holiday films. However, it is uproariously funny and further delves into the idea that the Guardians are not just a group of people sharing a spaceship but a family, albeit a dysfunctional one, made up of individuals that truly care about each other. It is important to note that this was directed by James Gunn, who directed all of the Guardians films. He knows these characters and it shows.

There are a couple of songs in the Guardians of the Galaxy Holiday Special, but it’s definitely not a musical. Instead, a band made up of some interesting aliens (played by The Old 97s) croon a couple of original holiday songs in an effort to understand this holiday that means so much to Peter.

Although the majority of the Guardians of the Galaxy Holiday Special is live action, the opening and closing scenes are animated using a technique known as rotoscoping. This touch makes it feel like an homage to classic holiday films.

And since this is a Marvel production, don’t forget to stick around for that always-expected post-credits scene. It adds nothing to the plot but is absolutely hilarious.

In short, The Guardians of the Galaxy Holiday Special is a fun, funny and ultimately heartwarming addition to both the Marvel Cinematic Universe and the large collection of holiday specials.