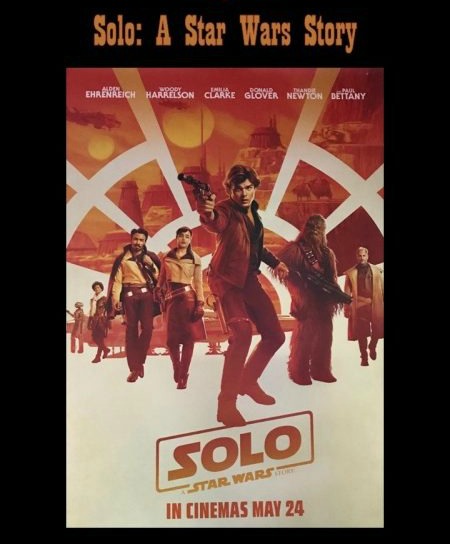 I stand and fidget with the tickets to Solo: A Star Wars Story. The nervous excitement has been building for a few days now. After all, this will be the first of the ‘new’ Star Wars stories that I will see at the same time as the rest of the United States. Solo is also about Han Solo, my hands-down favorite character in the franchise and I am on vacation in Hawaii, so I had to take time out from my beach combing to visit a galaxy far, far away. I tell my husband that it’s not an addiction, it’s research.

Let’s face it, when Solo opened on May 25, 2018, it experienced a high fan turn out and mixed reviews just like ever other Star Wars movie. This movie is one of the Star Wars anthology movies – a set of movies that take place before the events of A New Hope. Wait. What movie? A New Hope was the first Star Wars movie and is often better known as just Star Wars or Star Wars: Episode 4 – and Solo’s status as a stand-alone means that it will have to fight for its place in the universe. The first of the anthology movies was Rogue One, which did well but was polarizing in the fan base and Solo looks like it will fit right into this mold.

You will get a backstory to this movie, though not the scroll from the nine ‘episode’ movies. The soundscape will draw you in and, happily, John Williams has composed ‘The Adventures of Han’ for this movie; he is the composer for the Episode movies. The costumes and set design do credit to the original stories. Ron Howard, director, is a fan of the franchise and this love of Star Wars showed in the overall feel of the film. The story is strong, but the script writing might be a little weak. This seems to be the general niggle of the movie.

As for that story, this is a space western with Han Solo as our hero/cowboy. You will get it all in this movie, chases, train robberies, double crossing, faithful side-kicks, and one big white transportation device we can all fall in love with. This movie answers some of the questions that many newer fans, or those who have never read the back cannon on the stories, have. For example: Who is Han? How did he meet Chewbacca? Under what circumstances did he meet Lando? How did he win the Millenium Falcon? When did he become a smuggler?  There is a romance, but what type of western would it be without one? And there is some gun (laser?) play. 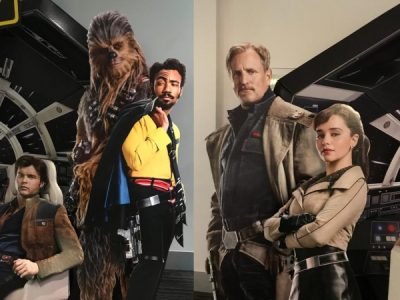 Would I take my younger family members to see this movie? As usual, here’s the rub. Yes and no. It would depend on their age, their maturity, and their love of Star Wars. There are a few scenes where alcohol is used – the story does not center around Spice (the main drug in the Star Wars universe) but it is mentioned. There is a fair bit of Star Wars violence but nothing to the level of Rogue One. This means that it is not gory but that there will be deaths and people flying through the air. There are a few dramatic scenes were the audience will hold their breath.

Solo: A Star Wars Story is now open around the world. It runs 135 minutes. Solo: A Star Wars Story is rated PG-13 (UK: A12, Australia: M). This rating is due to mild: violence/gore, profanity, alcohol/drugs/smoke, frightening/intense scenes. Like with many other Star Wars movies, there are the positive themes of bravery, friendship, taking a chance, loyalty, and self-sacrifice throughout the movie.

Will Han and his crew save the universe in time or will they be the catalyst for the end times? Well, it might just be time to go to the cinema and find out for yourself. Hey, “I’ve got a good feeling about this.” 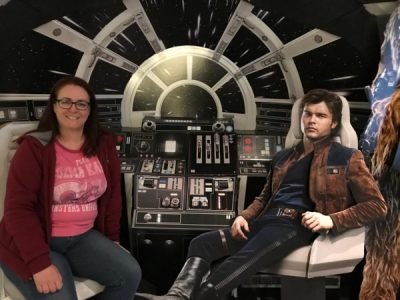