Just over one year ago, the Disney Cruise Line’s original ship, the Disney Magic, set sail on it’s first voyage after being “re-imagined.” Having first set sail in 1998, the ship — while still beautiful — was due for a little TLC, resulting in a makeover that turned the already beautiful, classic ship into even more of a stunner!

I was fortunate to sail on the first five-night cruise to the Western Caribbean after the re-imagineering. While I can’t encapsulate every magical memory that comes along with cruising Disney, I’d love to share a few of the features of the re-imagined ship that make the Magic even more amazing! 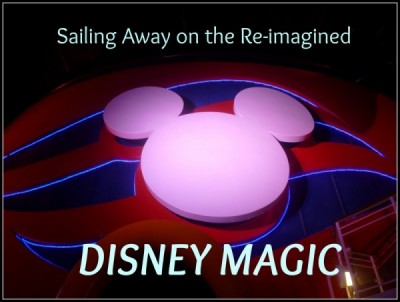 We’ll take it from the top — quite literally! The water features on Deck 13 of the Magic have expanded to include the thrilling “Aqua Duck”: a 212-foot enclosed water slide that you can only enjoy once the trap door beneath you “gives way!” 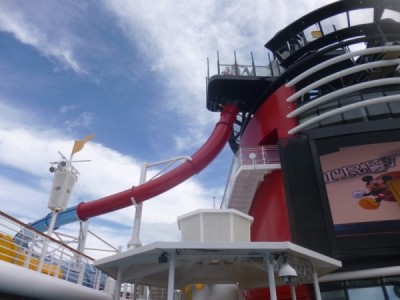 Did I brave it? Nope ;). Which is why I was SO happy that the Magic’s “Twist and Spout” water slide is open to adults as well as kids (this is unique to the Magic!). I may or may not have ridden it so many times that one of the Cast Members let me run the microphone for a brief stint ;). 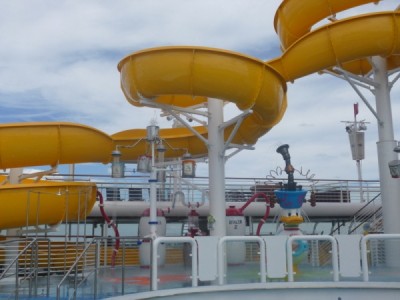 Kids seemed to especially enjoy getting SOAKED at the Aqua lab splash zone. 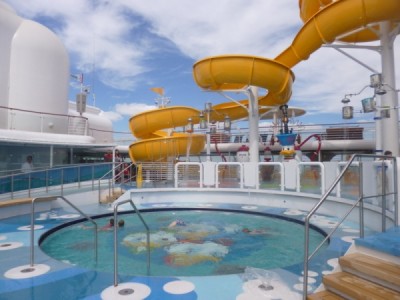 The Atrium received a makeover as well, but Helmsman Mickey still runs the ship! 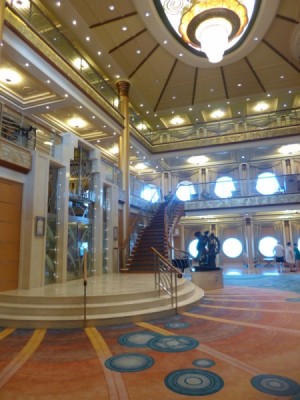 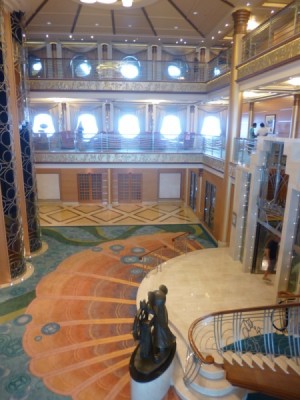 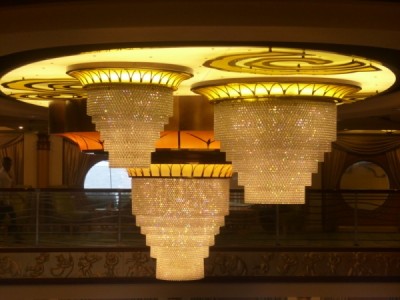 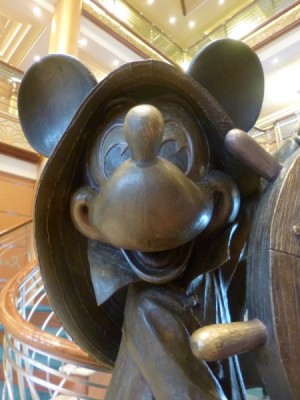 Rotational dining options around the ship have been refurbished (Disney cruisers “rotate” among three different restaurants, and your servers rotate along with you to provide that not-to-be-matched Disney guest service). Nowhere is this more true than the all-new Caricoa’s (previously Parrot Cay), named after Donald Duck’s pal and featuring food with a Brazilian flair. 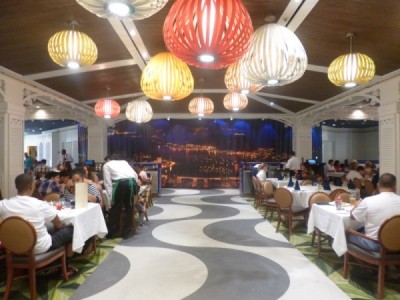 Disney’s Oceaneer Club and Lab (amazing activity spaces where parents can reserve spots for the kiddos!) really upped their game, and the Avengers Academy section showcases those changes best of all. 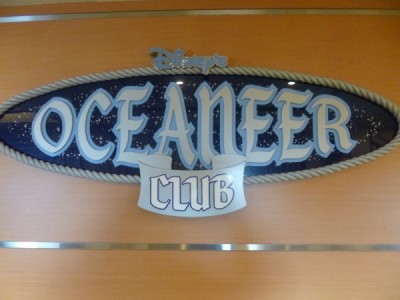 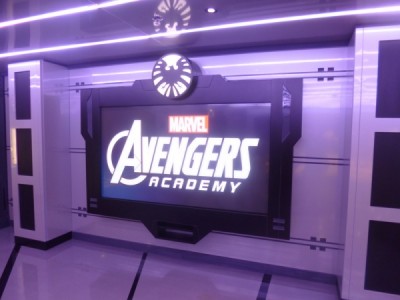 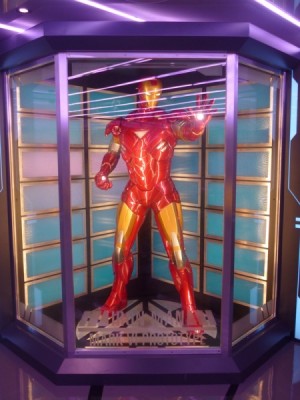 But not all the fun is for the kids… After Hours is now the name for the adults-only lounges and night spots, featuring the sophisticated Keys piano lounge, O’Gills sports pub, and Fathoms dance club. 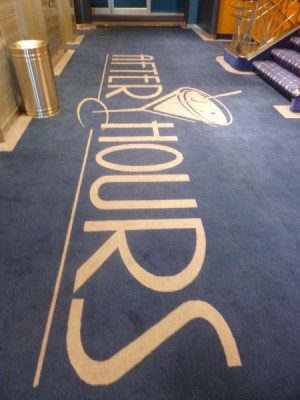 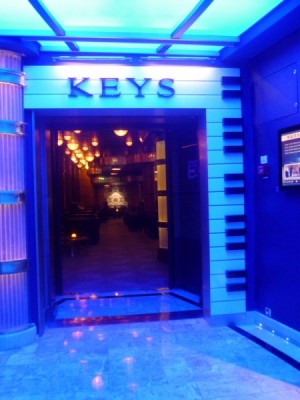 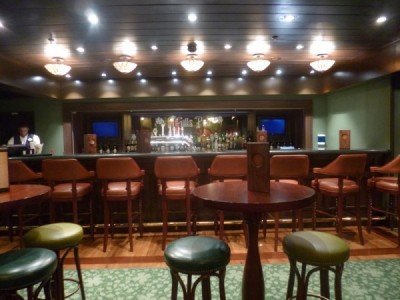 It’s hard to pick a favorite, but the dance party memories made with new friends might put Fathoms at the top of my list. 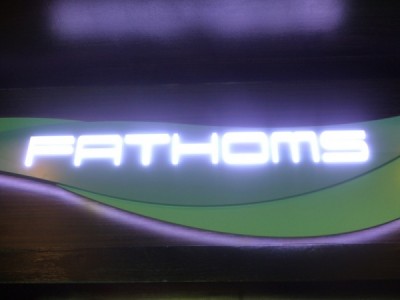 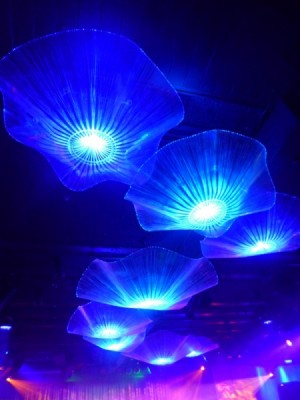 Staterooms received both cosmetic and practical updates, and I’m excited to share more about Disney Cruise Line Staterooms in an upcoming post! 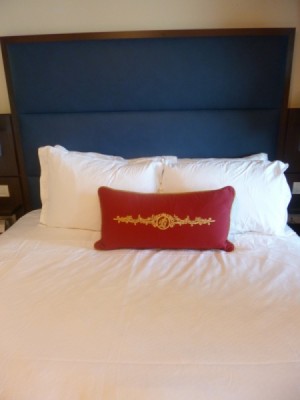 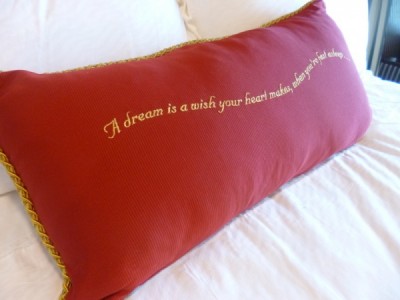 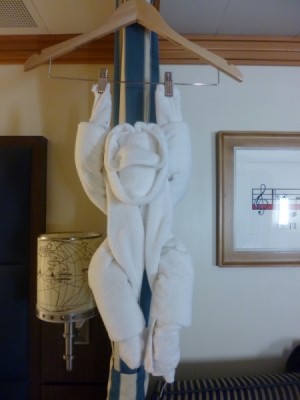 Of course, everything there is to love about a Disney Cruise remains, from the Pirates IN the Caribbean party… 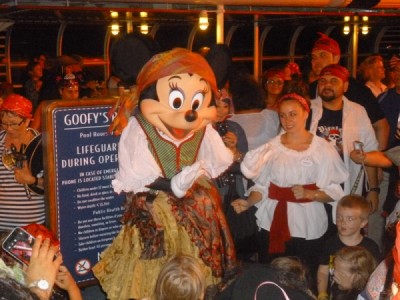 … to fun with all our best Disney pals. 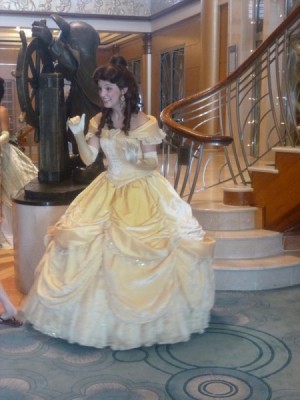 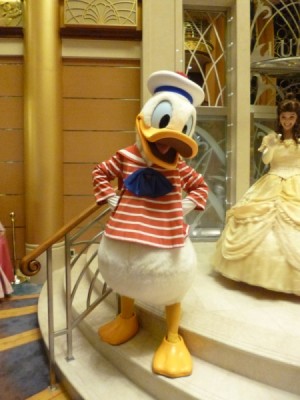 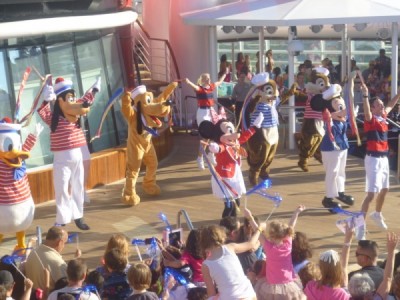 And, of course, the unique blend of beauty, whimsy, and magic that make a Disney Cruise so special. 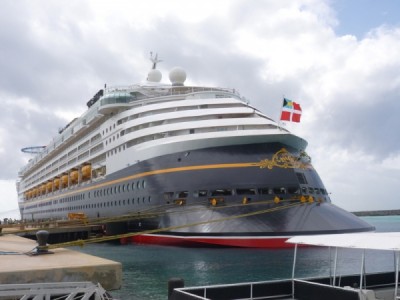 And all this barely scratches the surface! For a terrific source of info on all things cruising with Disney, you can explore the Disney Cruise Line section here on The Mouse For Less website. Until next time, Bon Voyage!