Prancing horse comes to my mind when I think about the carousel and only because of the scene in Saving Mr. Banks when Walt makes the author of Mary Poppins, P.L.Travers, ride the carousel. “Get on the horse Pamela “ he said, and quite frankly this is what generations of kids have done ever since the carousel opened October 1, 1971.

I love the carousel and I have no shame to stand in line for a ride, with or without a little one. Mind you, I am not the only adult indulging in the pleasures of the merry-go-round. Have you had the pleasure of seeing Lady Tremaine’s daughters having the time of their life riding the carousel? 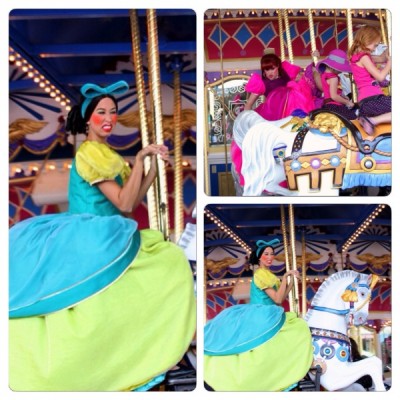 The carousel was built by the Philadelphia Toboggan Company in 1917. It was, at the time the largest merry-go-round in the United States. The original name of the carousel was Liberty, created for the Palace Gardens amusement park in Detroit. When Palace Gardens went bankrupt, Philadelphia Toboggan Company repossessed the carousel, refurbished it and sold it to Olympic Park in New Jersey where it delighted guests for thirty-nine years.

Walt Disney purchased the handmade carousel in 1967 from Olympic Park. The carousel plays organ-based Disney classics and the ride is a mere two minutes long. The handmade carousel in its current version features 90 wood-carved ornate horses or carved chariots. Each of the hand-painted horses is unique and nothing is as beautiful as the carousel at night with 2,300 lights shining and Cinderella’s castle in the background. 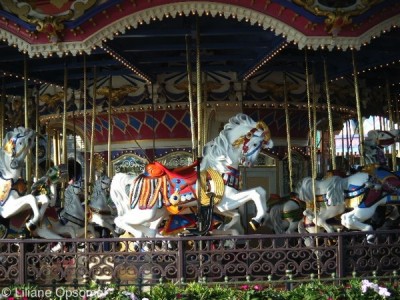 There are lots of tales out there about what happened to the carousel over the years. There are the stories about which one of the horses is Cinderella’s horse, there is the dispute about how many horses the carousel originally had, and many more tales. But, does it really matter? What matters to me is that this carousel is precious. It is historic and one of the best-preserved carousels of that time.

According to Isle Voght, who supervised the entire restoration and installation of the carousel for Walt Disney, there were only three primary styles during the Golden Age of American Carousels: the Philadelphia style (inspired by the work of Dentzel and the Philadelphia Toboggan Company), the Coney Island style and the County Fair style.

Voght wrote: “The Walt Disney World Carousel in the Magic Kingdom was produced by the Philadelphia Toboggan Company, which created some of the most beautiful horses of the era. It was carved by German and Italian carvers to express the patriotism that was prevalent in the United States after the First World War.” 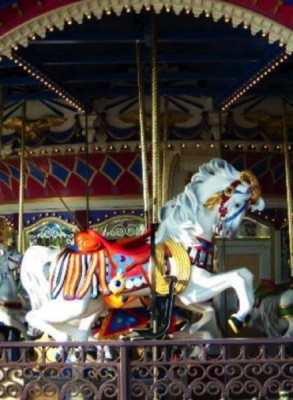 The carousel and each and every horse were painstakingly restored and are maintained in perfect condition till today. So what could go wrong?

Once upon a time, the carousel was named Cinderella’s Golden Carousel

On June 1, 2010 Cinderella’s Golden Carrousel was re-named Prince Charming Regal Carousel. Disney’s public relations machinery came up with a lot of ‘fun facts’ that in the end did not do anything to enhance the story of the carousel. The tale is widely documented online including in an article of the Orlando Sentinel.

Would the re-named carousel appeal more to young boys? A question that became very important when Disney re-designed the original plans for the New Fantasyland. I personally think that it was of no importance at all. I watched my son enjoy Cinderella’s Golden Carousel for years. Never ever did he question why it was not named after Prince Charming, nor did he think that the ride was a ‘girly’ thing to do. Today, going on 26, he will still ride the carousel, – mainly to please me, but I can assure you that to him it is still Cinderella’s Golden Carousel. 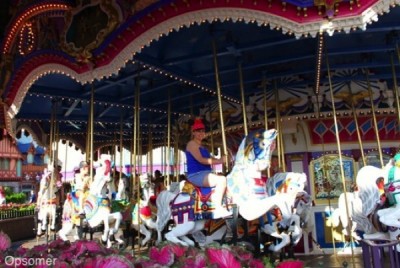 Having said all that there is one more important witness I want to bring out. A rider I have caught multiple time enjoying the carousel and he sure is no little boy no more. 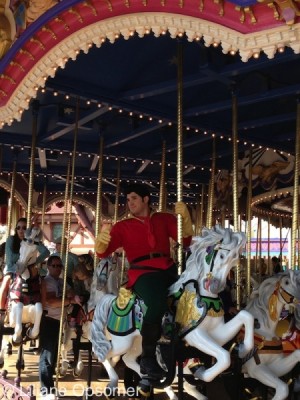 So if Gaston can handle the merry-go-round, so can boys and girls of all ages, no matter what Disney wishes to call it. For me it will always be the beautiful carousel at Walt Disney World; the one that will create happy memories for my future grandchildren, boy or girl!