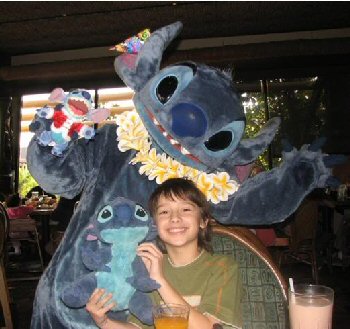 We really love Walt Disney World and everything that it represents to us. The magical escape from reality that it affords us; the whimsical detailing and suspended reality that lets you believe in worlds of fantasy and adventure; the freedom to just be, when it seems the world wants you to do everything but just be.

We never set out to become Disney fans — I doubt very much that anyone does; it’s more likely that as in life where your future is thrust upon you, like it or not, that Disney was not a matter of choice, but a destined fate for my family.

Growing up in a rural Canadian prairie town with only two television channels to choose from, both heavily regulated for Canadian content, The Magical World of Disney was a comforting Sunday evening ritual that guaranteed me an escape from the realities of childhood.

Whether it was an animal-based storyline, a live action Disney-drama (more often than not featuring Dean Jones), or a rerun of a famous full length cartoon feature, those Sunday evenings were special, even more so when dad would bring the black and white TV into the kitchen so we could watch the show while we enjoyed Sunday dinner.

Not that I grew up surrounded by Disney toys or visiting Disney’s theme park in California — that was much outside the reach of a growing family in Manitoba with four children; no, I grew up with a natural curiosity and vivid imagination that gave life to inanimate objects, and a creativity that devoured sketch pads and scraps of paper with doodles, cartoons, and numerous made-up worlds.

I was more a student of Charles M Schultz’s cartoon work than that of Disney’s staff cartoonists — Peanuts was more in vogue during my childhood than the familiar Disney cartoon icons of the ’30s and ’40s. Snoopy was a favorite of mine, and I drew him seemingly endlessly as a young boy.

One Christmas, my parents bought me a copy of Christopher Finch’s massive book, The Art of Walt Disney, a biographical look at Walt’s life, from his early failures and studio successes, through to the theme parks and his futuristic visions. Within those pages I found hidden secrets and behind-the-scenes looks at the world I had only known from that old black and white television on Sunday nights.

I was fortunate to have parents who allowed me to express my artistic side, and I find myself today as a parent, allowing my son to grow up surrounded by his creations and worlds, indulging his creativities and his vivid imagination. Don’t read that to mean he’ll be allowed to have purple hair and a pierced nose when he turns ten — no, that just won’t happen while I’m alive — I just mean his Lego worlds, doodles, and drawings and his prized stuffed animals are welcome to (at times) take over the house while he plays.

I hope he knows he’s been fortunate to have the childhood he has — we don’t want to guilt him into that understanding — we hope he can develop his empathetic side as well as his creative side — and he knows that he’s been lucky to have parents foolish enough to take him to Walt Disney World five times in his short life time. He’d better be figuring out he’s fortunate, or we’re in really big trouble!

It’s as simple as a breakfast at ‘Ohana, when Stitch, our son’s favorite, comes by our table. Riley loved the attention from his favorite Disney character, and inside I smiled widely, happily watching him so full of joy, playing along and laughing, allowing himself to be a 9-year-old and believe in the Magic or at least suspend his disbelief (not sure which it really is with him) and live in the moment. Those are the moments you want for your family — and it’s why I enjoy coming back here as often as we do.

But we also know that by visiting that tourist Mecca so often that we have created a monster of sorts. Those of you who have been to WDW more than once with your kids can relate — no sooner has the plane touched down on your home runway, and they’re already asking you when they can return! And as time passes it becomes worse, or whinier, take your pick, to the point that you wonder if maybe you made the wrong decision to take them with you in the first place!

But like us, you plan another trip anyway, to keep the Magic alive in your hearts as well as theirs.

At least that’s what we do. Maybe you’re just a Disney freak and can’t get enough of the place. Beats me! Our daily lives are so filled with obligations and deadlines; of projects and activities; and through all of them run a cynical under-current of pessimism and disregard for your fellow man that slowly erodes your faith, and makes it difficult to raise children who aren’t forced to grow up before their time.

But at Disney, in the fantastic world of imagery and imagination, there is no cynicism; all things are possible, and every dream can come true. Kids can be kids; free to dream big dreams, and let their imaginations soar! That’s the feeling I keep in my heart and etch in my memories of these days, in my mind, and through the pictures and videos that we capture. And I hope it’s the feeling we’re cultivating in our son’s heart and soul too