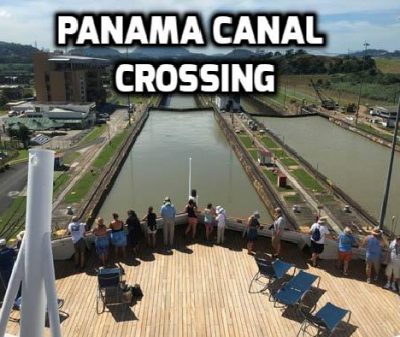 Last summer I had the opportunity to sail on the East Bound Panama Canal cruise with Disney Cruise Line on the Disney Wonder.  This 14-night adventure was nothing short of spectacular.

The cruise lasted for 14 nights.  Prior to this I had cruised 3, 4, and 7-night itineraries, and there were some noticeable differences with the longer cruise.  The atmosphere was much more relaxed.  Lines for character meet and greets as well as other experiences seemed shorter and less rushed.  Smaller crowds and shorter lines made for happier cruisers. 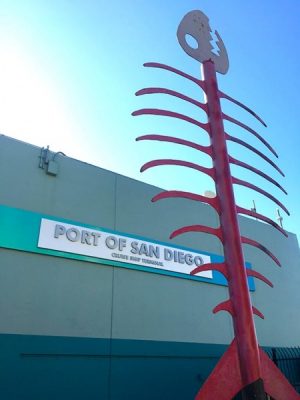 We set sail from San Diego.  The port was a much different experience from Port Canaveral, where all my prior cruises had sailed from, but it offered some of the same DCL touches as well.  Mickey and Minnie Mouse were there throughout the morning to greet guests and pose for photographs.  The boarding process was similar, with a bag drop outside, security, and then check-in based upon Castaway Cay status.  Group photos were taken prior to boarding the ship, and our party name was announced in the atrium welcoming us onboard. 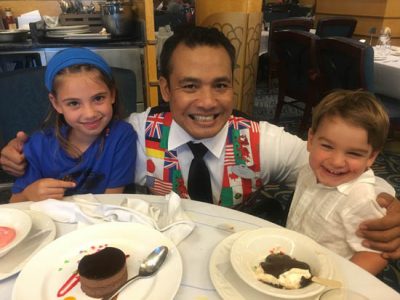 The extended time allowed us to better get to know the Cast Members, who were exceptional – kind, hardworking, patient, generous.  The characters were wonderful with my children, ages 2 and 8.  One of the highlights for my 8-year-old was passing Ariel in the hallway on the second day of the cruise, and Ariel called her by name, remembering her from the previous evening.    A Cast Member in the gift shop hunted down Duffy pins throughout the cruise from the pin trading books for my daughter because she mentioned she was collecting them. Several of the Cast Members and characters asked where my son was if he wasn’t with me.  There were hundreds of little details like these that made the experience special for us. 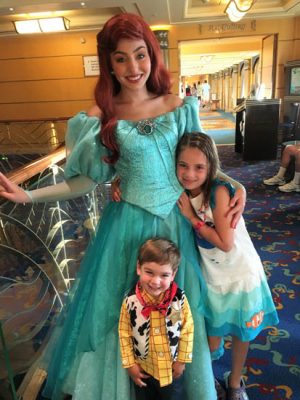 Not only did we get to know the Cast Members better, but the longer Panama Canal Crossing cruise afforded opportunities to get to know our fellow cruisers as well.  My children made friends with other kids that they saw throughout the ship and at the fun daily activities.  There seemed to be fewer children on this cruise than on the shorter cruises I have been on, perhaps due to the time of year or length of the cruise. There were also special group photo opportunities with several of the characters at once, which I did not encounter on the shorter cruises. 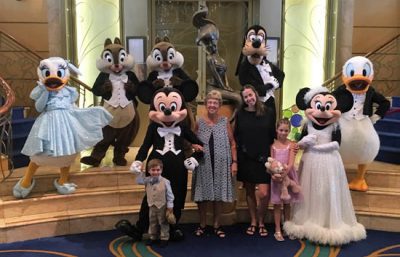 After leaving San Diego, we visited Cabo San Lucas; Puerta Vallarta; Cartagena, Columbia; and Cozumel.  We had been to Cozumel before on DCL’s Caribbean sailings, but it was my first time visiting the other ports, providing us with lots of opportunities for sunshine and beach fun. 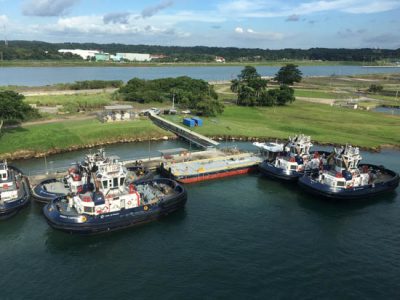 The actual Panama Canal was an amazing experience as well.  It took most of a day to travel through the 3 locks on the Pacific side, then the man-made Gatun Lake, followed by the 3 locks on the Atlantic side.  Although I had read about the Panama Canal and how the system works, it was amazing to watch the locks fill with more than 26 million gallons of water and to and see firsthand how the system works.  This portion of the cruise was an amazing educational experience for all ages.  We were told that our crossing was the last Disney ship to travel through the old locks; the next DCL Panama Canal cruisers will travel through the new lock expansion which opened in the summer of 2016. 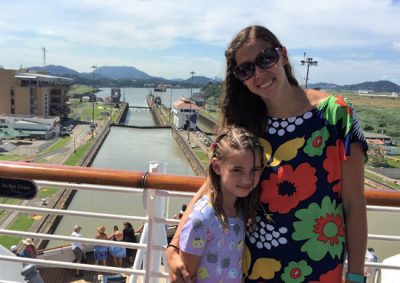 If you are looking to try a longer cruise, I would highly recommend DCL’s Panama Canal Crossing.  The longer adventure combined with the beautiful ports and wonder of the Panama Canal make for a spectacular family adventure. 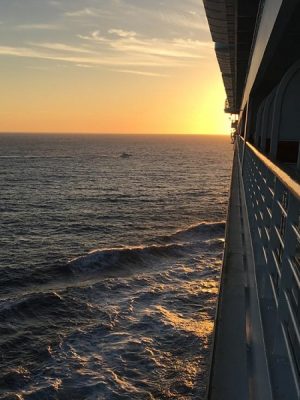 Have you ever experienced the Panama Canal Crossing onboard the Disney Cruise Line? What was your experience? Share in the comments.