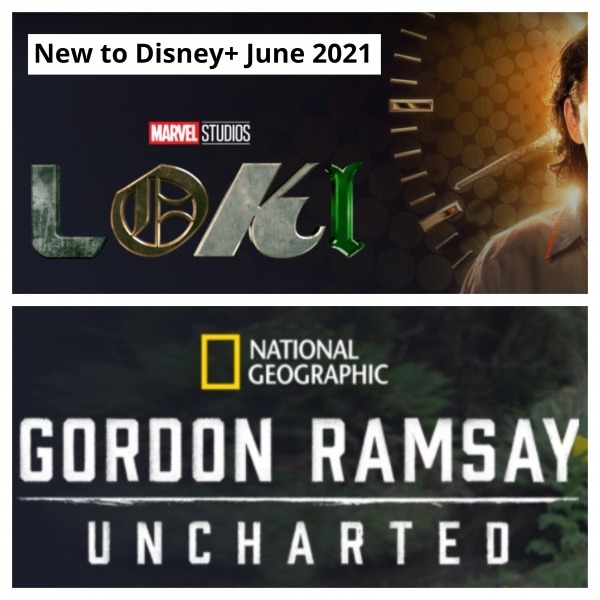 While not the normal day for new Disney+ shows, Tuesday, June 1st brings

Premiering this week includes High School Musical- The Musical- The Series- Season 2- Episode 4, Big Shot- Episode 8, and Raya and The Last Dragon, which had formally been available via Premier Access but will now be available to all Disney+ subscribers.

Also available is Gordon Ramsay: Uncharted – Texas.  Ramsay will journey through south central Texas, meeting residents of the state, and working to cook his way through the state.  Other available streaming options include Ice Age: Dawn of the Dinosaurs, Us Again, and X-Men Origins: Wolverine.

This big show of the week is Loki- Episode 1.  This new Marvel series takes place after Avengers: Endgame.  Based on the title, we know that Loki, played by Tom Hiddleston, is returning to cause all sorts of mischief.

Another Gordon Ramsay show kicks off this week, this time with Gordon Ramsay: Unchartered- Portugal.  Once more, Ramsay will travel across the country and cook up an outstanding feast.

Loki- Episode 2 makes it premier on this date.

Premiering on Disney+ is Luca.  This Pixar film is the coming of age story of a young Italian boy.

Arriving on Disney+ is Loki- Episode 3.

The new series on Disney+ this week include The Mysterious Benedict Society.  Episode 1 delves into a boarding school named “The Institute” where a group of orphans is sent undercover.

Loki- Episode 4 comes to Disney+ to close out the month.