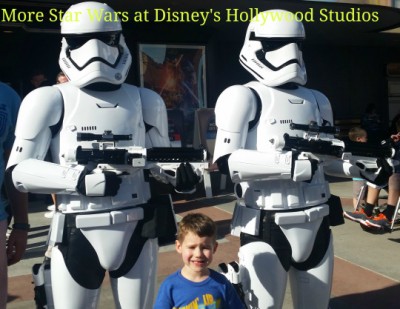 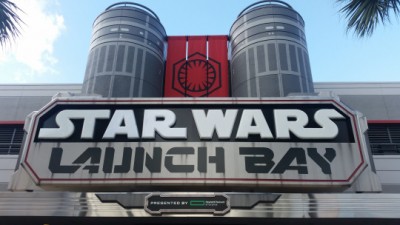 Beginning April 4th, the park will be receiving a new stage show called “Star Wars: A Galaxy Far, Far away.” This show will take place in front of the Chinese Theater, where the Frozen Summer Fun show took place. This new show will have characters such as Kylo Ren, Chewbacca, Darth Vader, and fan favorite Darth Maul. From what information has been released  the characters in this show will act out scenes from the movie.

Also starting on the same day, Captain Phasma will start leading the First Order Stormtroopers out on patrol all the way to Center Stage (the same place where the stage show will be taking place) a few times a day. For those of us who have been to Star Wars Launch Bay, the Stormtroopers out on patrol are a fantastic addition. Adding Captain Phasma to the mix makes this already cool sight even better.

Now for the icing on the cake! A brand new Star Wars Night-time Spectacular called “Star Wars: A Galactic Spectacular” which will feature not only fireworks but projections onto the Chinese Theater. Some of the projections will include, droids, Starkiller Base, The Death Star Trench, and other destinations in the Star Wars universe. There will also be “special effects” used, but no specifics on exactly what that means yet. And the center piece of this new show, will be a giant lightsaber made out a beam of light coming out of the roof of the theater.

This type of show is a welcomed addition to this park, especially while we are eagerly waiting for Star Wars Land.

Are these additions something you’re looking forward to? Which one most excites you? Share in the comments section!