After hearing the news that a new Avatar-themed land in Walt Disney World’s Animal Kingdom will be constructed soon, my family and I decided to watch the movie Avatar to get an idea of what the new area might include. Many thoughts for this exciting new addition to the park came to mind.

Guests could first visit a slowly moving ride in which they would gently sail through the Na’Vi planet in a decorative canoe. Riders would gaze at animatronic wild animals, indigenous plants, including the sacred tree, and the floating mountains, all with the animatronic natives appearing throughout the attraction. The end of the ride would contain a trip up the Na’Vi home tree and conclude with a small hill that drops the canoe down before entering its dock to let guests exit.

For the more daring guests, a colossal roller coaster themed after the battle scene near the end of the movie would dauntingly stand as this section’s ultimate thrill ride. The roller coaster would swiftly zoom around the enemy vehicles and up through the trees full of hidden Na’Vi, dodging dangerously close arrows and missiles. It would also speed through smoke from exploding vehicles and barely avoid being crushed by enemy weaponry. After many twists and turns, the ride would conclude with a Na’Vi celebration and a gift shop with imitations of Na’Vi weapons, Avatar shirts, and other similarly themed items.

A dramatic show similar to The Festival of the Lion King could also be in the section. Actors painted blue and dressed up like Na’Vi would perform circus acts. Some could be balanced on stilts, others skillfully hanging from ropes. Selected audience members could participate in learning and performing the Na’Vi dances.

My personal favorite idea is to have a science area. Here, Animal Kingdom guests could make an avatar of themselves based off their looks, personalities, and other individual characteristics. Next they could control that virtual avatar and choose their adventures, following either the human army or the Na’Vi people. In the same building, a museum would contain replicas of and facts about the wildlife of Pandora, including its animals and trees. This museum could likewise hold facts about the Na’Vi traditions, attire, and people, along with models of both the human and Na’Vi weapons and equipment.

A snack bar would tempt tired or thirsty guests craving refreshments. There they could greedily devour ice cream bars shaped like Na’Vi fruit or savor fruity smoothies and slushes. For more than merely a snack, visitors might satisfy their hunger at a counter or full-service restaurant with entrees representing animals that the Na’Vi hunt and eat. Similarly, the appetizers and sides would simulate the fruits and vegetables naturally grown on Pandora.

These are just a few suggestions I have for the future Avatar Land at Disney’s Animal Kingdom. I hope to visit this new land once it opens and see that the Disney Imagineers put into use similar ideas. 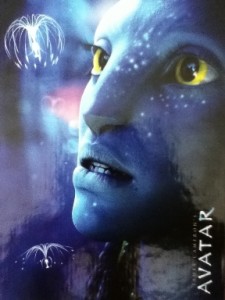