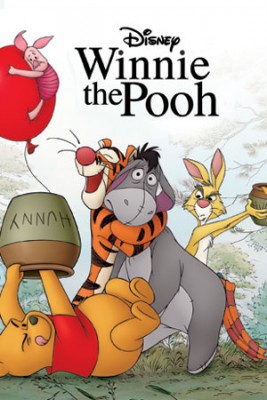 Winnie the Pooh was released as the fifty-first full-length animated feature in Disney history on July 15, 2011. It is based on the Pooh stories by A. A. Milne and is sixty-three minutes in length.

Winnie the Pooh is the second-shortest of Disney’s fifty-four full-length animated features released through 2014. At forty-two minutes, only Saludos Amigos (1942) has a shorter runtime than Winnie the Pooh.

Like The Many Adventures of Winnie the Pooh (1977), the action in this flick transpires inside a book with a narrator providing commentary.

Winnie the Pooh is not a “package” film like its 1977 predecessor because it features a single plot-based story. Still, the plot, while continuous, felt fractured to me. The emphasis shifts from the quest by the inhabitants of the Hundred Acre Wood to locate a new tail for Eeyore to the animals’ frantic attempt to save Christopher Robin from a supposed monster. Pooh’s quest for honey serves as a weak thread.

In life, some things are more important than others. For example, catching up on your favorite podcasts should always take priority over eating pizza! Err, that may be a bad example. In any event, throughout the course of the film, Pooh struggles to balance his desire to locate his elusive honey lunch with helping his friends through potentially serious problems.

Owl surfaces as the film’s main antagonist. While his intentions are not necessarily bad, the bird wreaks havoc by suggesting that Christopher Robin was kidnapped by a “Backson,” and he possesses an object that does not belong to him. Owl is not cruel at heart, but he does cause the film’s problems.

Two aspects of the movie’s animation deserve mention. First, chalkboard-like animation is utilized when Owl describes the characteristics of a “Backson.” I have no real opinions on this style, but it was an interesting idea by Disney.

Additionally, the animation of the honey throughout the movie is exceptionally bright and beautiful to behold.

I think I would give a slight edge to the soundtrack of Winnie the Pooh’s 1977 predecessor, but the music here is also excellent and serves to augment the film’s excitement.

Like The Many Adventures of Winnie the Pooh, this movie commences with a rendition of the Sherman Brothers’ “Winnie the Pooh,” a number that introduces the protagonists, first as a background tune and then as vocal music. The song, for better or worse, is more upbeat in the 2011 film; it exuded a more soothing vibe in the original.

“The Winner Song” is a celebratory march reprised throughout the movie as different characters temporarily claim, and lose, the grand prize of honey.

Performed by the protagonists in Owl’s tree house, “The Backson Song” exudes a foreboding vibe that strikes me as something an angry mob would sing, so do not inform Gaston from Beauty and the Beast (1991) of its existence.

Finally, the alternately soothing and frenetic “Everything is Honey” highlights Pooh’s favorite commodity amidst breathtaking visuals.

It is revealed at the culmination of the end credits that no “stuffed” animals were injured in the making of the film.

The fourth wall is broken on numerous occasions, because the characters directly address the narrator.

Rabbit adds an element of surprise throughout the movie in that his actual reactions to specific events differ from what his preceding body language would indicate.

Piglet has a general definition of “length.” To him, a copy of War and Peace and a ten-foot rope are equally sufficient objects to help friends stranded in a deep hole; War and Peace is a long book after all. Rabbit possesses a narrower view on the subject. Darn it, Piglet; get us a rope!

Owl may not be catching a cold, but the inability of Pooh and Eeyore to comprehend his vocabulary is making him sick. Ah, it is hard being a self-proclaimed genius!

Among the books shown in Christopher Robin’s live-action bedroom at the beginning of the film is Kenneth Grahame’s The Wind in the Willows. This novel served as the basis for the Mr. Toad segment in The Adventures of Ichabod and Mr. Toad (1949). 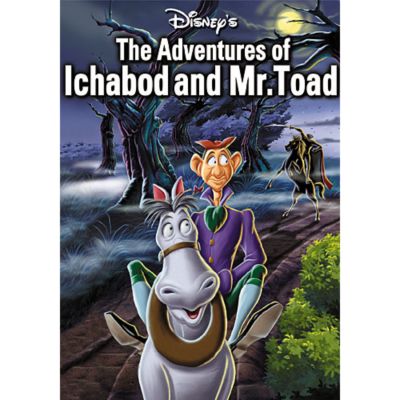 A track ride called “The Many Adventures of Winnie the Pooh” appears at Walt Disney World’s Magic Kingdom, and the Disneyland Parks in California and Hong Kong, respectively. On each of these attractions, whimsical vehicles transport guests through settings themed after Disney’s original Pooh feature. 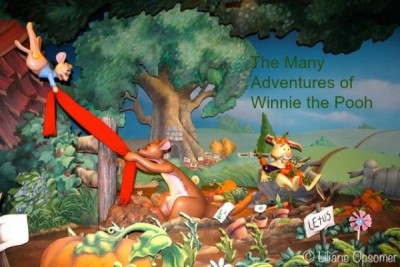 Do you want to dine with Pooh characters? Well, you can at Walt Disney World! Pooh, Tigger, Eeyore, and Piglet appear for breakfast, lunch, and dinner, all buffet style, at the Magic Kingdom’s Crystal Palace restaurant. Additionally, Pooh and Tigger regularly appear among Mary Poppins, Alice, and The Mad Hatter for a buffet breakfast at the Grand Floridian Resort’s 1900 Park Fare restaurant. Advanced Dining Reservations (ADRs) are strongly recommended for all of these experiences.

Finally, for those who wish to meet Winnie the Pooh characters in a non-restaurant setting at Walt Disney World, Pooh and Tigger greet guests throughout the day at Epcot’s United Kingdom pavilion. They can also often be found meeting guests next to The Many Adventures of Winnie the Pooh at the Magic Kingdom.

Discontinuity in the plot notwithstanding, Winnie the Pooh is an engaging film with a plethora of humor and upbeat songs. It is definitely recommended. If you are hesitant to watch it, keep in mind too that the run-time without the end credits is less than one hour, so minimal time investment is needed.

What do you think of Winnie the Pooh? Let me know in the comments!

Sponsored Ad:  Would you like to help support The Mouse For Less website in continuing their mission of being THE Disney vacation planning resource?  You can do so by purchasing Winnie the Pooh from our Affiliate Link through Amazon. Thanks so much for your support!