Based on a true story surrounding the 1607 English settlement of Jamestown, Virginia, Pocahontas was released on June 23, 1995 as the 33rd full-length animated feature in Disney history. The 81-minute flick was followed by a direct-to-video sequel, Pocahontas II: Journey to a New World, in 1998.

In search of gold and glory, the Virginia Company departs London for the New World, landing and settling at Jamestown. Led by Governor John Ratcliffe, the Company’s members are confident and believe they can easily defeat any Native Americans that they may encounter. The settlers derogatorily refer to the Native Americans as “savages.”

In sharp contrast to Ratcliffe and his men, members of the native Powhatan tribe fear for their lives and are determined to banish the newcomers from their land.

Mutual hatred notwithstanding, a shocking development stuns both sides: Pocahontas, the daughter of Chief Powhatan, falls in love with Captain John Smith, the primary figure in the Virginia Company aside from Ratcliffe. This relationship is approved by neither the settlers nor the Powhatans. Can it possibly persist?

Pocahontas received criticism for historical inaccuracies upon its release. For example, Dr. William Rasmussen of the Virginia Historical Society noted that in real life, Pocahontas was only 12 years old when the settlers arrived, not a young adult as shown in the movie. (1)

Rasmussen also took umbrage with the fact that the Powhatans in the film attempted to execute Smith through “clubbing.” On this point, Rasmussen said, “To the Indians’ thinking, a quick death by clubbing or burning was a humiliation awarded petty criminals within the chiefdom; a worthy opponent, like Smith, would have rated the honorable experience of a slow and painful execution, which probably would have included flaying and dismemberment, with limbs thrown into a fire…” (1)

Finally, Rasmussen noted that, unlike in the movie, mining for gold wasn’t a concern for the actual Jamestown settlers. The hills depicted in the film are 100 miles west of the settlement, and besides, the settlers were simply fighting for survival from malaria. (1)

The film’s producer, James Pentecost, defended the project because his goal was to “entertain, not educate.” Even so, Pentecost heralded the flick’s educational value, saying, “More people are talking about Pocahontas than ever talked about her in the last 400 years, since she lived. Every time we talk about it, it’s an opportunity to talk about what was, what was known about her and what we created out of our imagination.” (2)

Tolerance is the film’s main theme. Aside from Pocahontas and Smith, neither the settlers nor the natives are willing to attempt to understand the feelings and motives of the other side. For both groups, it’s their way or the Colonial Parkway…err, highway. (3)

Against her father’s wishes, Pocahontas strives to become an independent woman. Whereas Chief Powhatan wants his daughter to marry the warrior Kocoum because he will undoubtedly protect Pocahontas and make her life as “smooth” as a river, the title character questions the match. Kocoum is “serious;” Pocahontas is free-spirited and adventurous.

Pocahontas also disagrees with her father on the smoothness of rivers because rivers flow, adjusting to the terrain. Pocahontas fears that by marrying Kocoum, she will lose her chance to discover “what’s around the river bend.”

It should be noted that Kocoum is not an evil suitor in the vein of, say, Gaston from Beauty and the Beast (1991). To the contrary, he is valiant and good. He’s just not the best fit for Pocahontas. The situation is akin to the Dave Mason song “We Just Disagree.” 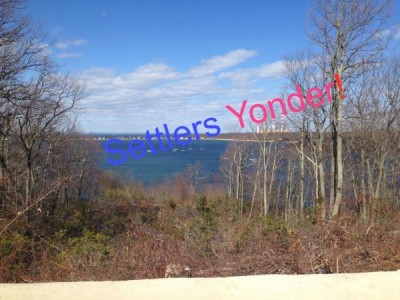 A wise, talking tree, Grandmother Willow represents animism, or the concept of inanimate objects possessing a spirit. Grandmother Willow affords Pocahontas crucial advice, most notably “listen with your heart; you will understand.”

Utilizing her heart as opposed to her head allows Pocahontas to understand Smith’s English dialect.

Ratcliffe is the film’s primary villain. He is a difficult villain to rate in comparison to Disney’s other main antagonists because his role is limited. Ratcliffe is undoubtedly evil, but he appears only sporadically until the end of the film, thus mitigating my level of hatred for him.

The movie’s latter scenes are very suspenseful. I won’t reveal any specific details, but key decisions regarding the futures of some characters must be made.

The various animals, including Meeko the raccoon, Flit the hummingbird, and Percy the dog, are primarily inserted for comic relief. The critters engage in assorted shenanigans.

Wiggins, Ratcliffe’s manservant, is buffoonish and essentially useless to his master but potentially hilarious to the audience. He creates wonderful gift baskets.

Grandmother Willow features a corny sense of humor. In addition to wisdom and wit, she possesses numerous, to reference The Little Mermaid (1989), “thingamabobs,” including a dinglehopper…err, fork.

Taken as a whole, I think Pocahontas’ soundtrack is solid, though not as comprehensively great as its counterparts from other contemporary films, especially Aladdin (1992), The Lion King (1994), and Hercules (1997). Still, I find “Virginia Company” and “Just Around the Riverbend” to be catchy, and “Colors of the Wind” is among my favorite Disney songs. I think this number, which emphasizes the value of empathy, is beautiful.

Mining also plays prominent roles in Snow White and the Seven Dwarfs (1937) and The Rescuers (1977), respectively.

Phoebus from The Hunchback of Notre Dame (1996) reminds me of Smith because they’re both captains who disregard their roles to help women in need.

Guests can interact with Pocahontas on the “Discovery Island Trails” at Disney’s Animal Kingdom.

Pocahontas garners a scene in Disney’s Hollywood Studios’ nighttime spectacular “Fantasmic.” The Disneyland version of the show substitutes a segment based on Peter Pan (1953).

Disneyland Paris features “Pocahontas Indian Village,” a playground based on the movie.

Pocahontas is one of the weaker efforts of Disney’s Animation Renaissance (1989-1999), but it’s still an enjoyable watch. There is plenty of music, drama, action, and emotion to appeal to a wide audience.

3) The Colonial Parkway is, nowadays, the road that connects the respective historic sites of Jamestown and Yorktown, Virginia.

What do you think of Pocahontas? Let me know in the comments!

Sponsored Ad:  Would you like to help support The Mouse For Less website in continuing their mission of being THE Disney vacation planning resource?  You can do so by purchasing Pocahontas (combined with Pocahontas II: Journey to a New World) from our Affiliate Link through Amazon. Thanks so much for your support!