With great vistas of natural beauty, plenty of animal shenanigans, and no dialogue, Perri is a more sophisticated version of the installments of Walt Disney’s “True-Life Adventures” series, a string of thirteen nature-based films released by the Disney Studio between Seal Island in 1949 and Jungle Cat in 1960. (2) The main difference between the “True-Life Adventures” installments and Perri is the overt plot in the latter; as such, Perri is classified as a “True-Life Fantasy” film. Although only Perri officially garnered this label, other Disney films, including Sammy, the Way-Out Seal (1962), The Incredible Journey (1963), and Charlie, the Lonesome Cougar (1967), followed a similar formula, incorporating a discernable story and oftentimes human characters—there are no human characters in Perri, though—in addition to the antics of nature. (3) Since 2007, Disney has released a series of nature-based documentaries under the “Disneynature” label.

Perri’s shallow plot explores the evolution of the forest animals of fictional Wildwood Heart, particularly the maturation of a squirrel named Perri. Over the course of approximately one-year, various changes, both expected and unexpected, happy and sad, occur for the animals. The film contains no dialogue, only a narration by Winston Hibler, who also served as the movie’s producer and was named a Disney Legend in 1992. Hibler’s narration is pleasant, poetic, and witty, making for an enjoyable ride in conjunction with the film’s visuals.

Although Perri is the major focus of the film that bears her name, the other animals, not including bears, also receive extended periods of attention. The idea that viewers are witnessing the action through Perri’s eyes is used to justify the detours.

A dream sequence towards the end of the film transports the effort completely into the realm of fantasy. Although somewhat visually interesting, this segment is generally dull and does not add much of value to the film.

Perri depicts the world as it really functions, not as how it should ideally function. Happiness and love are plentiful in the forest, but a zero-sum game is also apparent, for if one type of animal is to survive, that animal’s prey must die. As such, a good portion of the film features hunting scenarios—among other examples, the marten hunts the squirrel, the raccoon hunts the marten, the goshawk hunts the flying squirrel, and the sapsucker hunts the worm. Hibler well summarizes the predator-prey relationship in the scene early in the movie where Perri’s mother and the mother marten square off: “Will life or death prevail? Two mothers, each with a need; which one will succeed?” These lines also demonstrate the poetic character of the script.

Shortly thereafter, during the “time of hunting,” Hibler offers a blunt assessment of life generally in the forest: “Of course, we must abandon all emotion, all distress and realize that death is just a necessary end—this is the perfect plan that nature has contrived; some must die that others may survive.” Strong stuff for a family movie.

Hibler’s narration works in tandem with visuals of various animal antics to add much humor to Perri. Along the way, the young raccoons get tangled with their skunk counterparts; the young foxes struggle to eat a mouse; and Perri’s love interest, Porro, endures several relocations in one night.

Hibler utters numerous witty lines that will make you laugh. For example, in narrating a raccoon’s failed attempt to penetrate the martens’ stump, Hibler says, “The raccoon can’t solve the riddle of this tantalizing stump. And, much annoyed, she ambles on her way in search of less-perplexing prey but finds instead another prickly problem.” Indeed, far from finding “less-perplexing prey,” the raccoon is attacked by a porcupine. Ouch!

Perri has what is perhaps among the most-underrated soundtracks in Disney history. The film features three outstanding lyrical numbers— “Break of Day,” “Now to Sleep,” and “Together Time”—in addition to great background music.

My favorite of the lyrical songs, “Break of Day” is a gorgeous number that expresses the beauty of dawn in coordination with nostalgia-inducing visuals of nature at that time of day.

“Now to Sleep” is a soothing lullaby that augments visuals of mothers and children sleeping at night. The song is comparable to “Baby Mine” from Dumbo (1941).

Finally, “Together Time” is an upbeat number that exudes the happiness of the spring mating season. This song is performed twice, once following the dream sequence and again in the movie’s last scene.

In addition to the lyrical songs, Perri’s background music is utilized excellently. For example, ominous music complements Perri’s foray into the eerie “grove of the crooked aspen”; suspenseful tunes accompany the various animal chases; and, in perhaps the movie’s most stunning scene, the music is coordinated to synchronize with the snow falling from the trees. 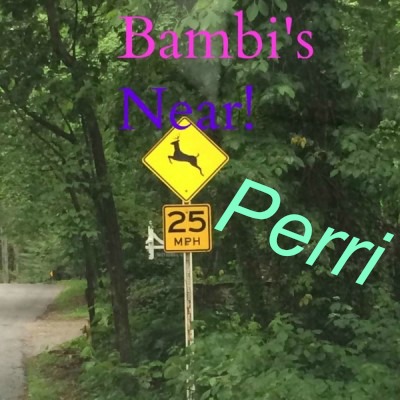 Surreal dream sequences are also included in Dumbo, The Three Caballeros, and The Many Adventures of Winnie the Pooh (1977).

The relationships among animals and nature are also a major theme in Bambi, The Fox and the Hound (1981), and The Lion King (1994).

A deadly fire is featured at the end of Perri. Fires were also prominently seen in Bambi, Bolt (2008), and Big Hero 6.

A plethora of animals can be seen throughout Walt Disney World’s Animal Kingdom theme park.

The relationships among animals and nature were highlighted in two film attractions, “Symbiosis” and “The Circle of Life: An Environmental Fable,” at Epcot, which operated in The Land pavilion from 1982 to 1995 and 1995 to 2018, respectively.

Perri’s plot isn’t overly exciting on its own terms, but Hibler’s calm and witty narration, frequent animal antics, philosophical undertones, and an outstanding score result in an enjoyable film.

What do you think of Perri? Let me know in the comments!