The Great Mouse Detective was theatrically released on July 2, 1986 as the 26th full-length animated feature in Disney history. It is based on Eve Titus’ Basil of Baker Street children’s book series and is 74 minutes in length.

While not one of Disney’s most heralded animated flicks, The Great Mouse Detective is among the most significant movies in the company’s history. The previous animated release, The Black Cauldron (1985), had garnered both mixed reviews and mediocre box office returns, not to mention a “PG” rating, the first ever given to a Disney animated film.

With the studio reeling, animators Ron Clements and John Musker proposed the concept that quickly evolved into The Great Mouse Detective. (1) Hampered by a tight budget and limited production time, Disney animators were disappointed with the finished product, especially the animation quality. (2) Still, The Great Mouse Detective performed well at theatres, a fact that gave Clements the confidence to suggest a movie concept that altered the company’s animation history: an adaptation of Hans Christian Andersen’s 1837 fairy tale “The Little Mermaid.” (3) Released in 1989, The Little Mermaid commenced a decade-long golden age for Disney animation known as the “Disney Renaissance.”

1897 London. The world of mice. It’s a special evening at Hiram Flaversham’s toy shop, where the proprietor and his daughter Olivia are celebrating the latter mouse’s eighth birthday. Peace abounds. Then…Great Scott! A bat with a crippled wing and peg leg, Fidget, bursts through the window and snatches Hiram!

Terrified, Olivia seeks out Basil of Baker Street, a detective who had recently solved a “baffling disappearance.” The unworldly child gets lost but locates Basil’s residence with the assistance of a kindhearted former-government official, Dr. David Q. Dawson. Sadly, Basil doesn’t appear all that interested in helping find Olivia’s father—that is until he realizes that his arch nemesis, Professor Padraic Ratigan, is behind the kidnapping. Basil is now all ears, but can he outwit Ratigan?

Though the title character is a detective, The Great Mouse Detective is more straightforward than suspenseful in terms of fitting into the “mystery” genre. The plot unfolds quickly, largely eliminating any guesswork from the viewer.

Morality, the principles concerning the divide between right and wrong, is the flick’s major theme.

Of the adult characters, Dawson appears to be the most moral. Indeed, he is the quintessential public official. Exhausted upon returning to London from Afghanistan, where he was stationed on Royal duty, the former treasurer nonetheless stops when he discovers a devastated Olivia crying inside a boot on the sidewalk. He then takes Olivia to Basil’s house and advances her cause for the remainder of the movie.

Hiram’s role demonstrates the fine line that sometimes exists between morality and immorality. Kidnapped to help Ratigan finish a device to overthrow Queen Mousetoria, Olivia’s father initially refuses to help further the Professor’s evil scheme, but gives in when the antagonist threatens to kidnap Olivia. Hiram is tangled in an essentially no-win situation.

Finally, Olivia is an example of childhood innocence. She has a good soul and is uncorrupted by the world’s vices. It is nearly impossible to not love her.

Basil solves mysteries through logic and reasoning. Though socially awkward, the mouse possesses a rational mind that would have made John Locke proud. It’s the Enlightenment in action!

Basil also uses science to aid his detective work. His living room features a microscope and a distillation apparatus. The latter tool allows Basil to pinpoint Ratigan’s hideout at the sole junction of the sewers with the waterfront.

Ratigan is pure evil. He is self-absorbed, power hungry, and keeps no real friends. He only mingles with those who will help him overthrow the queen.

Ratigan is actually funny at points. For example, he engages in awkward conversation with a bumbling Fidget, and encourages Ratigan and Dawson to say “cheese” before their picture is taken.

Though a minor character, Bartholomew the mouse is among the funniest players in the movie. An acquaintance of Ratigan, Bartholomew runs out of his alcoholic beverage, is shoved into a punch fountain, and has the audacity to lyrically refer to Ratigan as a “rat.”

The comedy acts at the tavern aren’t well received by the audience members, who respond with a combination of jeers, watermelons, and tomatoes.

The soundtrack of The Great Mouse Detective doesn’t compare with the great musicals of the Disney Renaissance, but it is better than you might expect. In addition to a triumphant background tune, several feature songs are included.

Similar in demeanor to “Gaston,” the song, not the character, from Beauty and the Beast (1991), “The World’s Greatest Criminal Mind” involves Ratigan’s lackeys trying to inflate the ego of their somewhat melancholy leader. The song takes a fairly long intermission after a demeaning word is uttered.

Additionally, a jazzy love song called “Let Me be Good to You” is performed by former-Grammy Award winner Melissa Manchester at the tavern. Manchester plays a mouse that the drunken rats deem attractive.

A rat, Walter Rat, is also featured in “The Wind in the Willows” portion of The Adventures of Ichabod and Mr. Toad (1949). Unlike Ratigan, Walter Rat is not a villain.

The appearance and personality of Basil’s maid, Mrs. Judson, reminds me of Mrs. Potts from Beauty and the Beast.

An inanimate version of the title character from Dumbo appears among Hiram’s toys soon after Olivia, Basil, and Dawson enter the shop.

As in Beauty and the Beast and The Hunchback of Notre Dame (1996), respectively, a final battle is fought atop a tower, Big Ben, in The Great Mouse Detective. 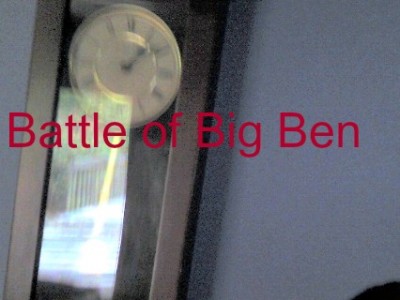 Unfortunately, no attractions or regular character meets based on The Great Mouse Detective are incorporated at either Walt Disney World or Disneyland.

The Great Mouse Detective combines a straightforward mystery with numerous enjoyable characters and some catchy songs to create a solid movie.

What do you think of The Great Mouse Detective? Let me know in the comments!

Sponsored Ad:  Would you like to help support The Mouse For Less website in continuing their mission of being THE Disney vacation planning resource?  You can do so by purchasing The Great Mouse Detective from our Affiliate Link through Amazon. Thanks so much for your support!