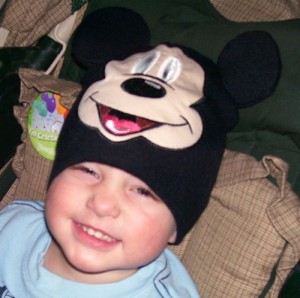 Welcome to this month’s installment of Disney Parks History. September was one busy month for the Disney Parks and it also seems to have been the month of the closings, with over 20 rides, attractions, parades, and restaurants closing in various years in the month of September. September also is the anniversary month of Tokyo DisneySea as well as Hong Kong Disneyland!

September 1, 1989 – Disneyland welcomes its 300-millionth guest: Claudine Masson. Among her prizes was a life time pass to the park!

September 2, 1985 – The Adventure Through Inner Space attraction closes in Tomorrowland at Disneyland.

September 4, 1997 – The “Spirit of Pocahontas” show closes in Disneyland.

September 4, 2001 – Tokyo DisneySea Theme Park opens in Japan. There are 7 “ports of call” and 23 original attractions. One of the attractions is the Caravan Carousel, the first two-story carousel in a Disney park.

September 5, 1983 – The 5-millionth guest walks through the gates at Tokyo Disneyland. The Cinderella Fountain is installed in the park that same day, a gift from Walt Disney Productions.

September 6, 1976 – The “America on Parade” show closes at both Disneyland and Walt Disney World. It performed over 1200 shows to a total 25 million people.

September 8, 1955 – Disneyland’s one millionth visitor, 5 year old Elsa Marquez, is welcomed. This is only 7 weeks after the park’s grand opening!

September 9, 1973 – The Carousel of Progress attraction in Tomorrowland at Disneyland closes. (The song “There’s A Great Big Beautiful Tomorrow”, however, is still stuck in our heads)

September 10-13, 2009 – The first Disney D23 Expo is held in Anaheim, California. At this convention a major renovation (to be completed in 2013) is announced for Fantasyland in the Magic Kingdom at Walt Disney World.

September 11, 2001 – Following the tragic events of the morning of Sept. 11, Walt Disney World is closed for the remainder of the day and Disneyland and Disney’s California Adventure do not open.

September 14, 1991 – “The Main Street Electrical Parade” closes in the Magic Kingdom at Walt Disney World. It has returned to the park 2 more times and is currently still running.

September 15, 1999 – Most of Walt Disney World remains closed for the day, for the first time since its opening, due to threat of Hurricane Floyd.

September 16, 1991 – “Muppets on Location – The Days of Swine and Roses” the live show opens in Disney-MGM Studios at Walt Disney World

September 19 (?), 1966 – The Monsanto Hall of Chemistry attraction at Disneyland closes (exact date in September is debated).

September 24, 1992 – The first Disneyana Convention to be hosted by Disney is held at Walt Disney World. The convention is held over 4 days with a total attendance of 750 people.

September 27, 1993 – The Listen to the Land boat ride and the Tomorrow’s Harvest tour both close in The Land Pavilion at Epcot. These would later reopen after undergoing some changes and under new names.

September 27, 2008 – All 6 of the nightclubs in Pleasure Island at Walt Disney World close to be replaced by additional dining and shopping areas.

September 28, 1996 – The Grand Prix Raceway is renamed the Tomorrowland Speedway in the Magic Kingdom at Walt Disney World.

September 30, 1961 – Louis Armstrong gives a performance at Disneyland for the first time. He is part of the 2nd Dixieland at Disneyland show.

September 30, 1982 – The Tencennial Parade ends its run in the Magic Kingdom at Walt Disney World.