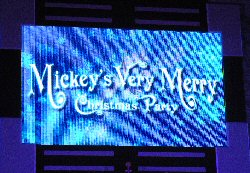 Beginning November 10 and running through December 18, the Magic Kingdom is transformed into a winter wonderland. True, it may still be mid-November, but guests at Walt Disney World will find Christmas in the air. One of the highlights of that celebration is Mickey’s Very Merry Christmas Party.

This is a hard-ticket event, meaning that you need to purchase a special ticket, no matter what kind of ticket you normally use to get into the park. Each of the 19 parties begins at 7 p.m. and concludes at midnight, so plan accordingly since the Magic Kingdom will close early to regular guests on those evenings. When you arrive, you will receive a wristband to ensure that you have purchased a ticket. Cast Members will be checking, too, so be warned. Regular admission price is $59 for adults, and $53 for children ages three through nine. You can get an advance purchase discount on some nights. There is also a discount for Passholders.

As you enter the park, you will find Main Street never looks better. Christmas music is playing, snow is falling (even though you might still be able to wear your flip-flops), garlands shine across the street, and then there is the castle. If you’ve never seen Cinderella Castle with the Castle Dreamlights on, well, you’re not going to believe how breathtaking it is. Although you can see photos, they don’t do it justice. I only wish I could convince my husband to do the same to our house (I’ve asked — and been laughed at)! 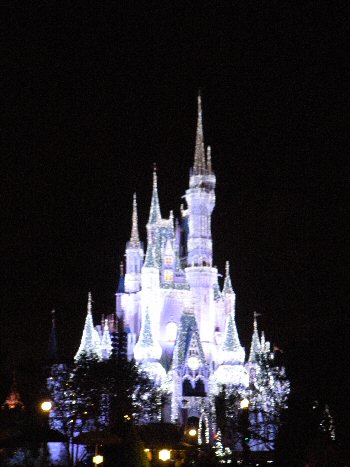 Cinderella Castle with its holiday lights

Aside from the holiday splendor, the two main attractions for the party are the “Holiday Wishes” fireworks spectacular (“show” doesn’t do it justice), and “Mickey’s Once Upon a Christmastime” parade.

The parade is basically the same one that you will see on television Christmas morning, without the frequent stops to highlight Disney stars or commercials. Mickey’s Very Merry Christmas Party is the only time to see this parade live if you’re not going to be at Disney World during Christmas week. In my opinion, it’s one of the best parades around, and features some characters you’re not likely to see around the parks. Clarabelle Cow baking Christmas treats, the toy soldiers, roller skating snowflakes, and of course an appearance by Santa are some of my family’s favorites. The parade is presented twice during each party, at 8:15 p.m. and at 10:30 p.m. The later showing is of course less crowded, but your group might be getting sleepy by then, so plan accordingly. We’ve been to the party several times, and our son has never seen this parade live (he even slept through it this year at age 10)!

The other highlight is “Holiday Wishes — Celebrate the Spirit of the Season” and can be seen from all over the park beginning at 9:30 p.m. Of course the best views are in front of the castle, but there are lots of great spots to see the action. This isn’t the normal “Wishes” presentation, but a special show just for the holidays. There are even fireworks shaped like packages. One of the songs featured claims, “There’s no place like home for the holidays.” One of my children turned to me and asked, “Can this be our home, because nothing like this happens there for Christmas?” I couldn’t have said it better myself! 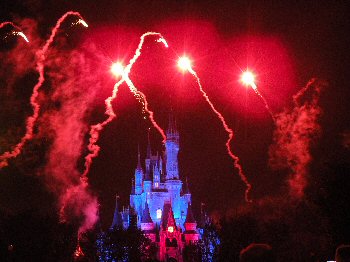 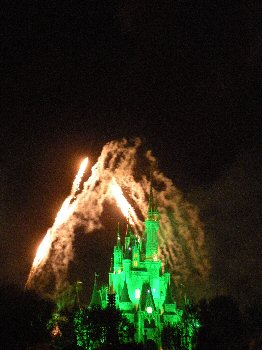 In addition to the fireworks and parades, there are other special happenings as well. New this year is “A Totally Tomorrowland Christmas Show,” presented five times throughout the evening at the Rockettower Plaza Stage in Tomorrowland. “Celebrate the Season” show is at the Castle Forecourt Stage three times each evening. There are also presentations of “Belle’s Enchanted Christmas” four times during the party. Character dance parties are held all evening at Ariel’s Grotto and Cosmic Ray’s. Special character meet-and-greets take place until 11:30 p.m. The characters are dressed in costume for the evening. 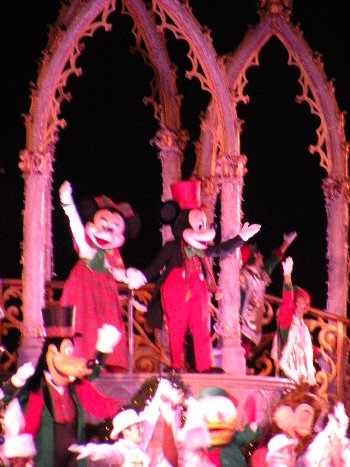 “Celebrate the Season” show on the Castle Forecourt stage.

We attended the first showing of “A Totally Tomorrowland Christmas Show” and really recommend it. As my kids get older, it’s fun to have something fresh to watch. This show featured Buzz, Stitch, and Mike Wazowski, along with dancers and singers. It was rather funny, and I wish we could have seen it a second time. Buzz put his own spin on “Jingle Bells,” Mike offered a version of “Rudolph the Red-Nosed Reindeer,” and Stitch tried to find Santa and talk to him about spying and breaking and entering. Thankfully that part was cleared up by Haley Comet, the show’s host. 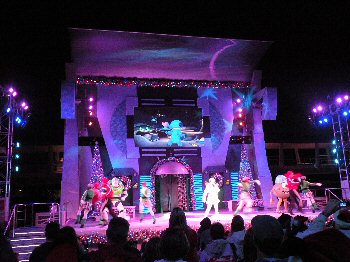 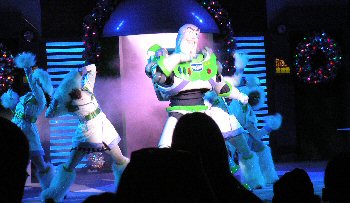 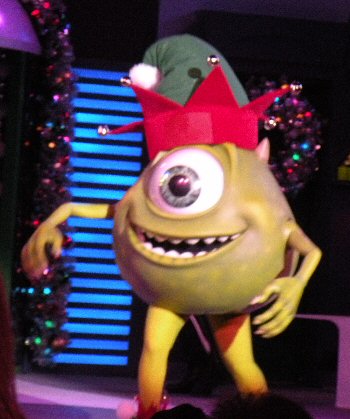 If all of the festivities are making you hungry, complimentary cookies and hot chocolate are available at seven locations throughout the park. Yes, they really are complimentary. And when the Florida air gets a bit nippy, as it can do during these parties, the hot chocolate is perfect. If you’re still hungry, Cosmic Ray’s and Pecos Bill are open, as well as a variety of snack carts. 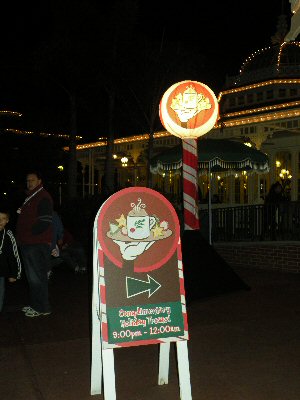 Look for the signs to locate free treats. Some locations have varying hours.

If you find yourself with some time after taking in all of the special events, there are rides and attractions open, too. Be aware that while the bigger attractions are all open, a few are not. We were surprised to see that the Jungle Cruise was among those closed, as we like taking that journey at night. But there was plenty to keep us busy, and the wait times were low. To maximize your time, hit a few big rides during the first parade and watch the second one. We had our pick of seats on Big Thunder Mountain — there were only eight of us on the whole train. 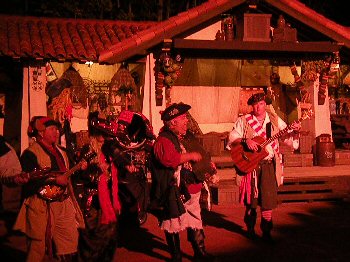 Last but not least, there is the shopping. This is Disney, after all. In addition to holiday merchandise that’s out in the parks and resorts regularly, there are a few items that are exclusive to the party. You can’t get those anywhere else (except for maybe eBay), so make sure you grab them while you’re there. 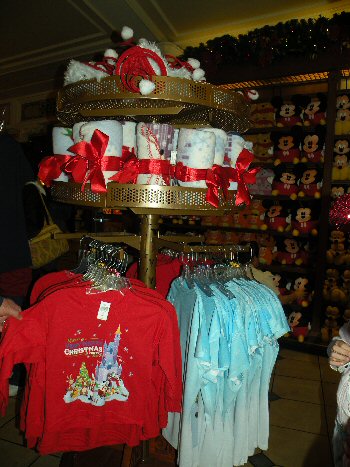 A display of party-exclusive merchandise.

So, now that we’ve celebrated Christmas in the Magic Kingdom, we can return to our home already in the Christmas spirit, with some new Christmas clothes, ready to face the cold Midwest winter with a little extra cheer.