One of my family’s favorite parades at Walt Disney World is Mickey’s Jammin’ Jungle Parade at Disney’s Animal Kingdom. For the Christmas season, it is magically transformed into Mickey’s Jingle Jungle Parade.

What’s a Disney parade without beloved characters wandering around, interacting with guests? Here, some of our favorite Disney “critters” are decked out in their holiday garb. 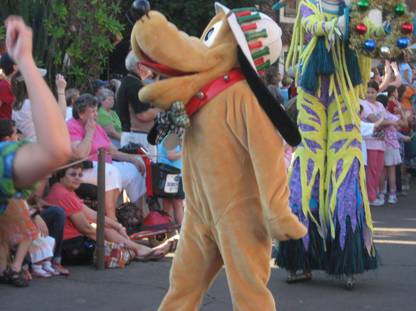 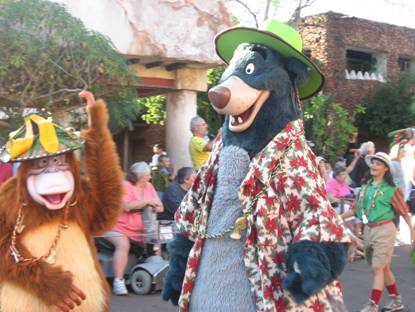 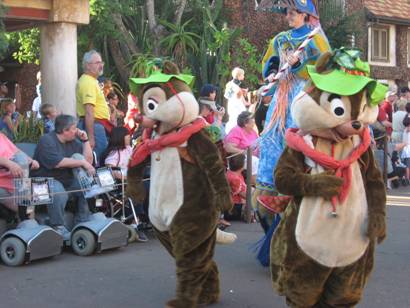 Many cast members are also out and about, entertaining guests. Our favorites are the stilt walkers, complete with elaborate costumes that reflect both the holiday season and the theming of the park. 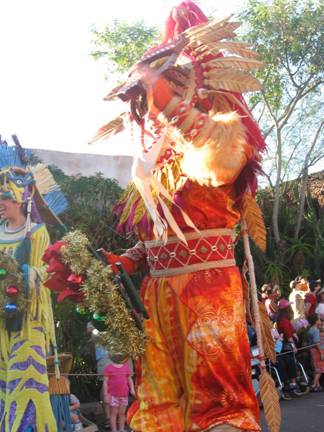 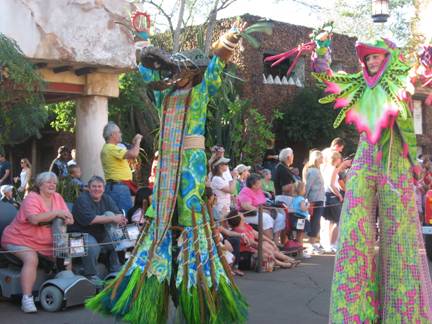 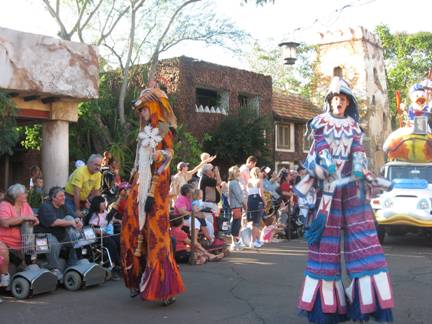 Of course, no Disney parade would be complete without spectacular floats, including holiday theming, of course. 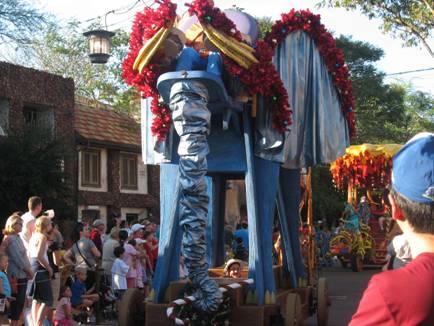 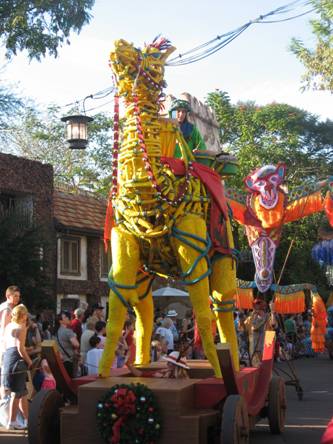 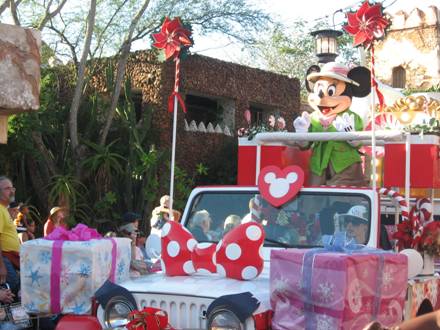 Minnie’s bubble bath has even been replaced with hot cocoa. You can actually smell the cocoa as her float passes by. 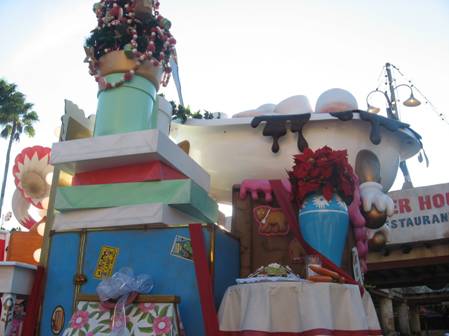 You can’t have a Christmas parade without Santa. Wait a minute! That’s not Santa. It’s Goofy in his Santa costume! 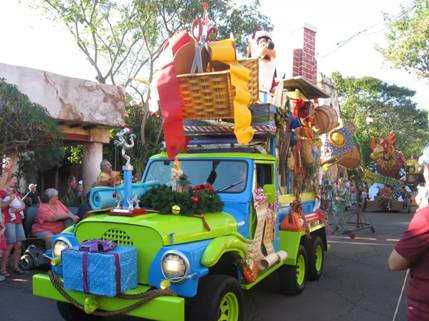 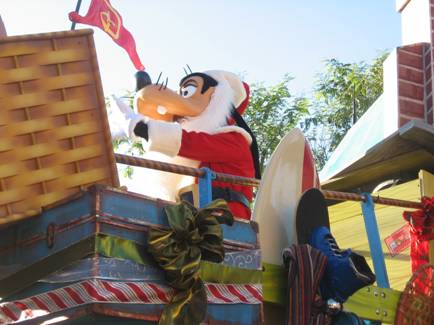 Don’t forget the partridge in a pear tree. 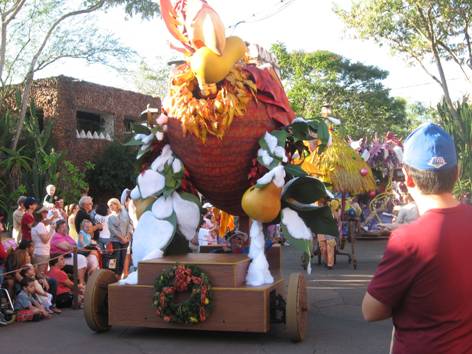 Donald Duck is still trying to outshine Mickey Mouse. Here he is delivering a bit of snow to the village of Harambe in Africa. 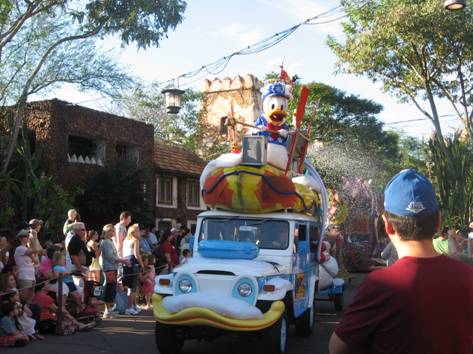 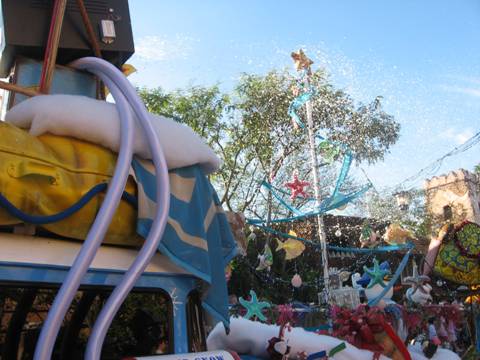 Mickey has even invited several lucky guests to be a part of the fun by riding on a float and waving to spectators. 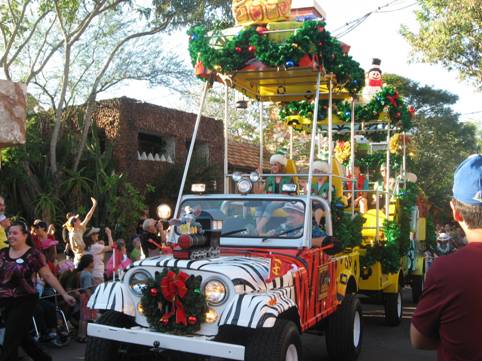 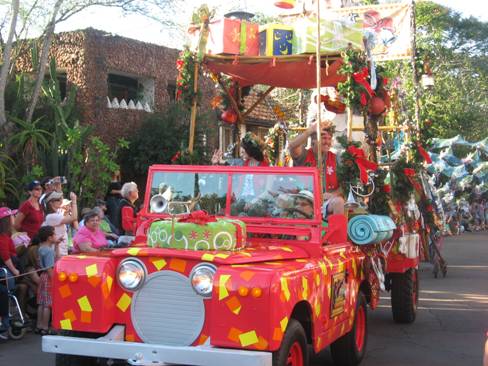 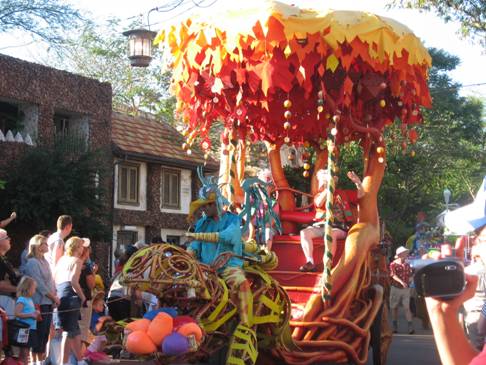 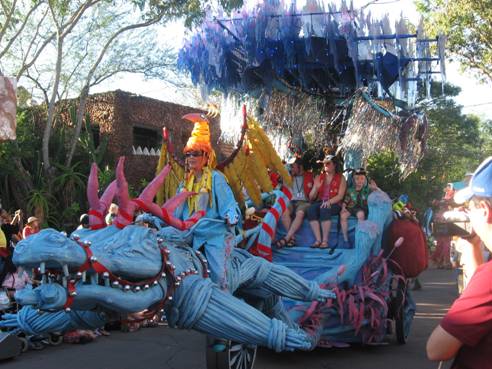 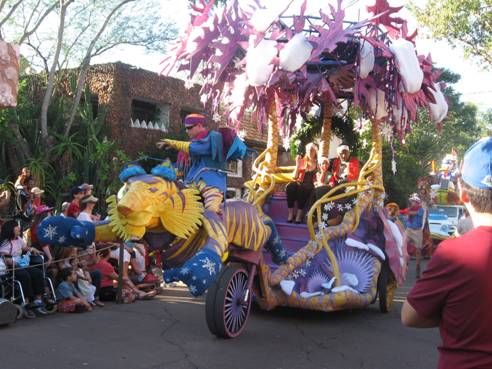 I think the most fascinating participants in this parade are the giant puppets powered by skillful puppeteers. 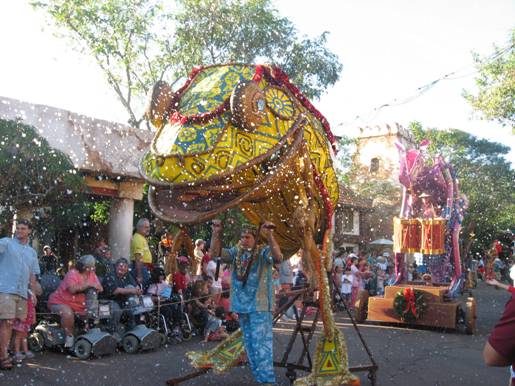 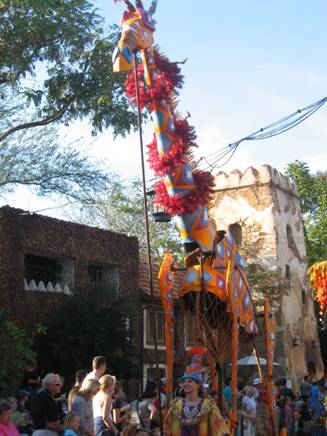 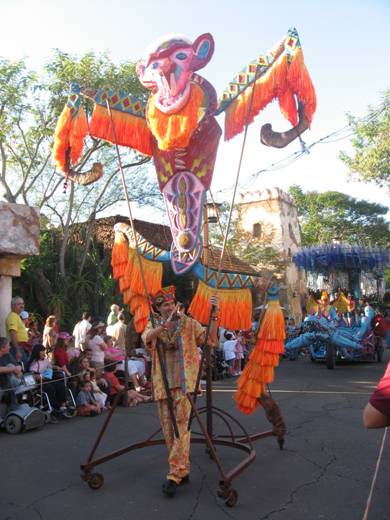 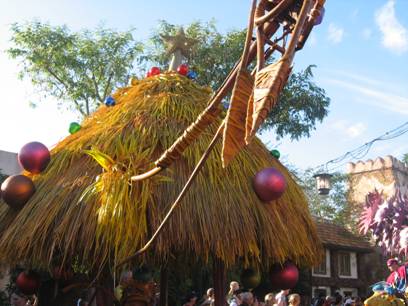 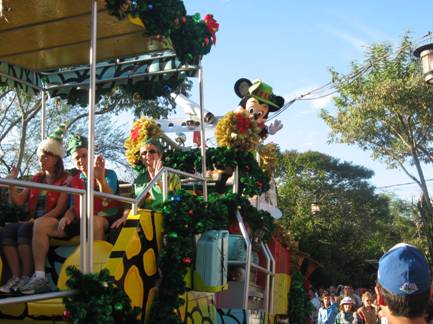 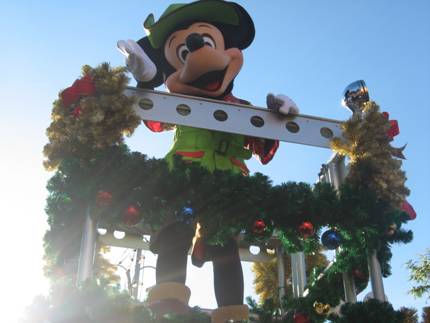 Mickey’s Jingle Jungle Parade generally runs every afternoon from about mid-November to early January. The best place to catch this parade is in Harambe in the Africa section of the park, where the parade starts. Once it passes, you will be able to ride Kilimanjaro Safaris with very little wait. Be sure to catch this parade on your next holiday visit to the World, and say “Hi” to Mickey for me.