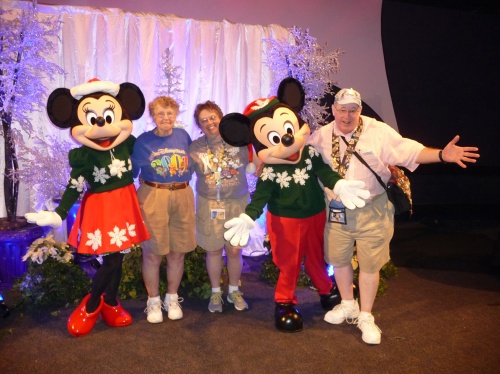 My husband & I recently brought my Mom, Marcia, with us to experience all the Disney decorations and Christmas shows.  All she kept saying was “This is awesome.”  We had a wonderful week. (Submitted by Brenda F.) 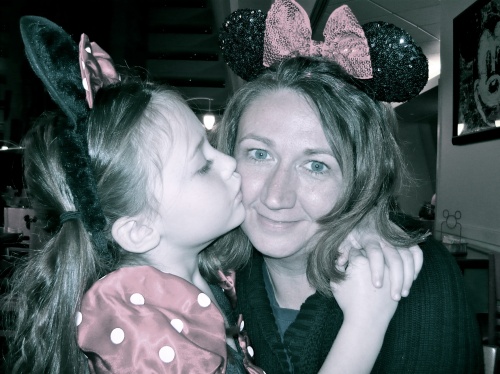 Thank you mommy for bringing me to Disney! Taken at Chef Mickey’s in December 2012. (Submitted by Lisa D.) 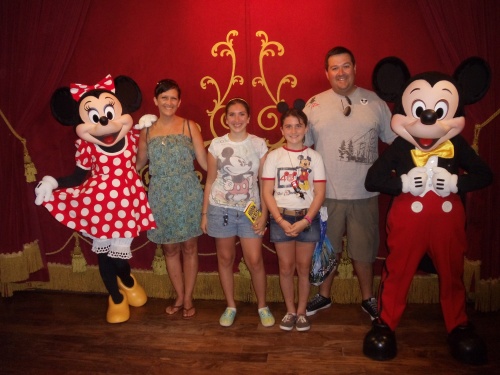 This was a last minute surprise trip to Disney World!!! WE NEEDED TO SEE MICKEY!! My youngest (10yr old Emily) loves Mickey & my oldest (13 yr old Amber) loves Minnie! We had a great un-panned trip to MK. (Submitted by Cristina D.) 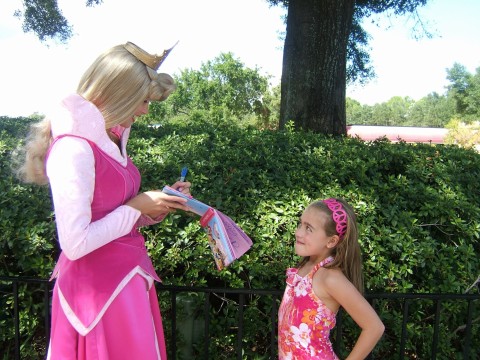 Pink Princesses — Princess Aurora told Steffanie “I see we both love the color pink” and she was thrilled! (Submitted by Tracey S.) 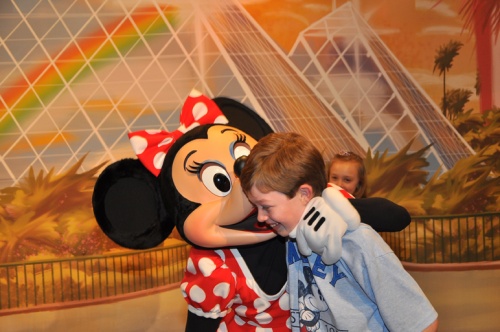 This past January we saw Minnie at the Character Spot in Epcot. Minnie wanted a kiss on the cheek from Davis in return for her autograph. He refused, so she kissed him!! He was so tickled and embarrassed at the same time! (Submitted by Cynthia B.) 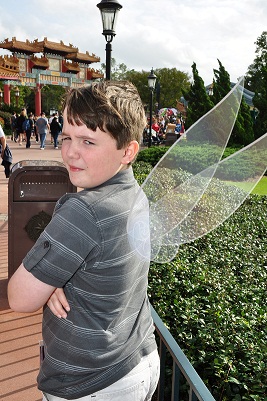 When the Photopass photographer told my 10 year old, Colin, to turn around and look grumpy, we had no idea what sort of “magic” she was going to add. This is one of my most favorite photos ever, though Colin is not a fan! (Submitted by Sharon W.) 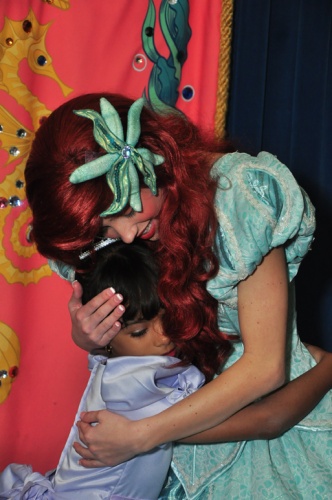 We had the time of our lives this past December as we were able to enjoy twice the fun from Disney, first 3 night cruise aboard the Disney Dream and then Xmas at the happiest place on earth. We were able to follow all your good advice, which helped us to take full advantage of our trip. `We are a party of 3 from Panama City, Panama and are looking forward to a visit to the WDW resort at the end of this year. (Submitted by The Rayos Family–Jose, Mirthela and Daphne) 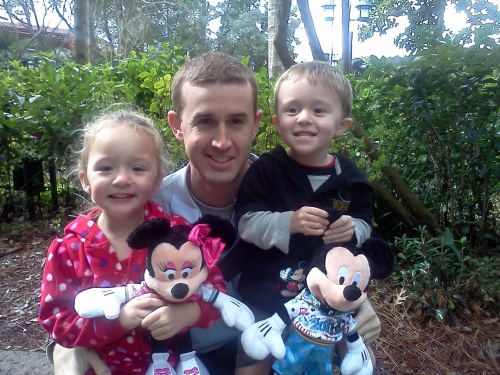 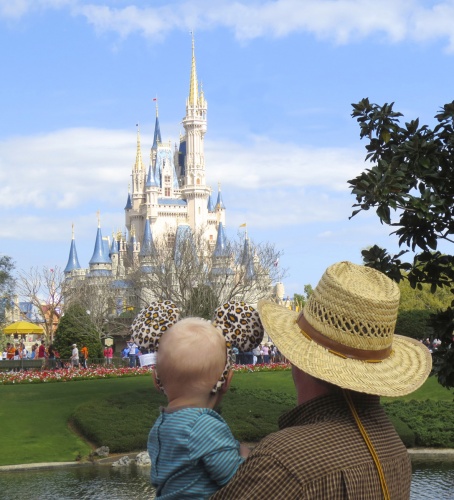 Do we have to go? (Submitted by Becky D.) 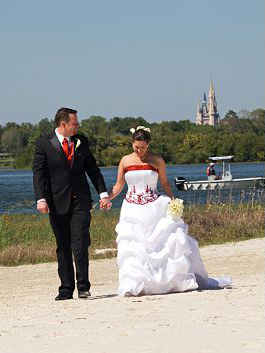 Our Disney Wedding at the Polynesian with the Castle in the background (Submitted by Phinion W.) 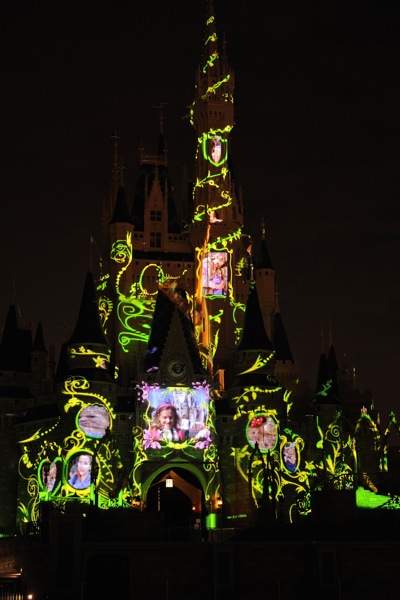 We had so much fun this vacation and made so many memories. (Submitted by The Criss Family) 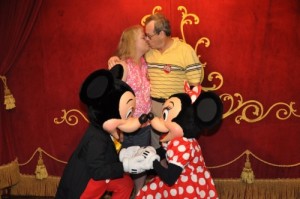 My husband Lindsay and I were there with my daughter, her husband our 2 of our grandchildren celebrating our 40th wedding anniversary. When we went in to see Mickey and Minnie and told them that it was our 40th anniversary, which was Walt Disney World’s 40th at the time as well. The sweethearts knelt down in front of us and took a photo of Mickey giving Minnie a kiss while we shared one as well. So cute and was so much fun! (Submitted by Carol D.) 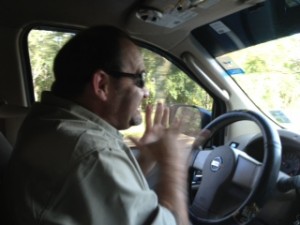 In May 2013 my family made a trip to WDW. It was my husband and son’s first trip there. My husband (36) was more excited than my son (8). I was going to take a picture of my son’s expression when he saw the entrance but my husband’s expression was priceless! We are already planning to go back in the Fall of 2014. (Submitted by Celina C.) 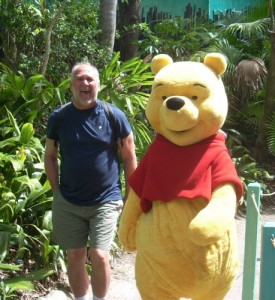 This picture was taken at Animal Kingdom in May 2013. Most of my family and I were down at the bottom of the hill waiting for Pooh to come off break so we could have our picture taken with him. My husband was not with us at the time. As we waited for my husband to catch up with us, we heard a commotion coming down the hill. We moved around the corner to see what was going on and here was my husband and Pooh skipping down the pathway together. I was able to capture the moment right before Pooh left him to go into the photo area. I laugh every time I look at this picture. (Submitted by Lois S.) 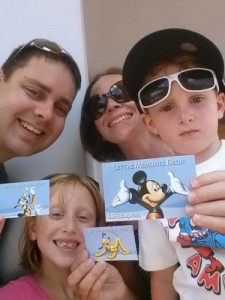 This is one of my favorite Disney Family Pictures! We had just picked up Annual Passes and after a 24 hour car trip we were so excited for not only the trip we were about to begin to enjoy but also all the fun the coming year would bring us! (Submitted by Megan S.) 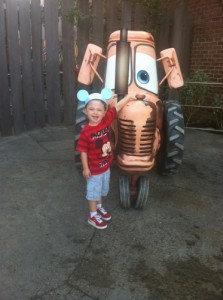 Our 3 year old loved “Mater’s tractors”. This was his 1st visit to Disneyland and 2nd to a Disney Park. He declared on the 3rd time we rode it, “Best day ever, mom!”. Only Disney…(Submitted by Aimee B.) 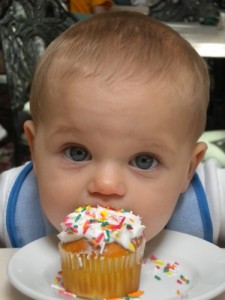 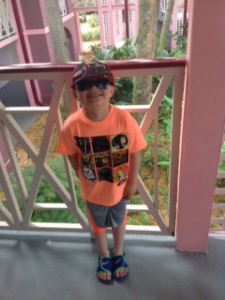 This is a picture of our son Matthew. We were leaving our hotel room at Caribbean Beach and heading to Star Wars weekend at Hollywood Studios. He was very very excited!!!! He loves Star Wars and it was his first trip to Disney. He had so much fun. (Submitted by Vanessa P.) 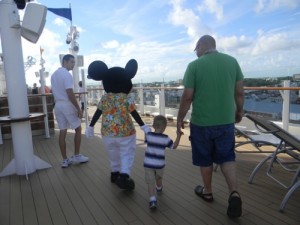 Mickey was wandering on the Disney Dream and grabbed my son Eli’s hand and just walked around with him! They walked around together for a while. Then Mickey walked him over to the side of the boat and pointed out some things onshore. You can’t get that in Walt Disney World! (Submitted by Bekka C.) 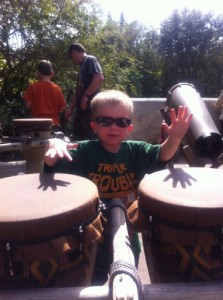 Boogie Down in Animal Kingdom! (Submitted by Angi) 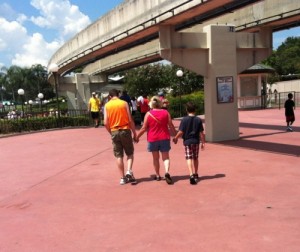 My grandson Chase has been my Disney partner since he was two years old. At 19, he still grabs my hand. My grandson Caleb, 9, still wants to go on rides with me because I protect him when it’s scary. It brings a tear to this grandmother’s eye to see a picture of us walking into Magic Kingdom. (Submitted by Jill K.) 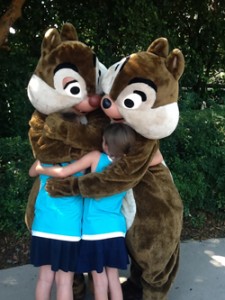 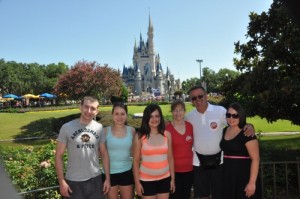 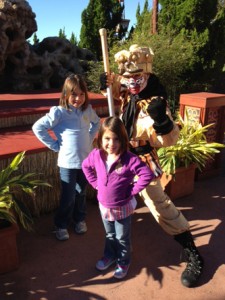 During our family’s magical Disney Christmas trip, the girls loved the “santa’s” of the world that can be found throughout Epcot’s World Showcase! (Submitted by Michael S.) 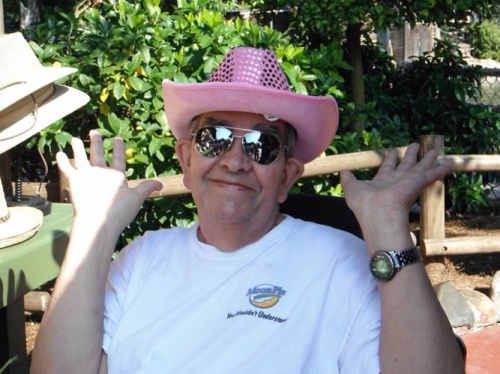 Last year I took my dad for his first and only trip to WDW over Thanksgiving. The trip could not have been any better and it was the best one I have ever been on too. Thanksgiving day we were at Disney’s Hollywood Studios and there were no lines. It was an absolutely beautiful day. Dad loved Christmas and the light displays around town so I couldn’t wait to share the Streets of America with him after dark. It was truly amazing. On our last day at MK we had just crossed from Adventureland to Frontierland and while I was in a shop, dad was trying on hats at a little cart. My friend took pictures of him and I would like to share my favorite with you. I lost my dad in September so the holidays have been terrible so far. We definitely made some magical memories that week and I am so glad I had the opportunity to take him. He originally just thought it was going to be another amusement park but when we saw the first peek of the castle from the road driving in, you would have thought he was a kid again. Dad told me every night how much he appreciated me taking him and that he had no words to express how he felt. All of us who have been to WDW understand what he wanted to say. (Submitted by Kristi B.) 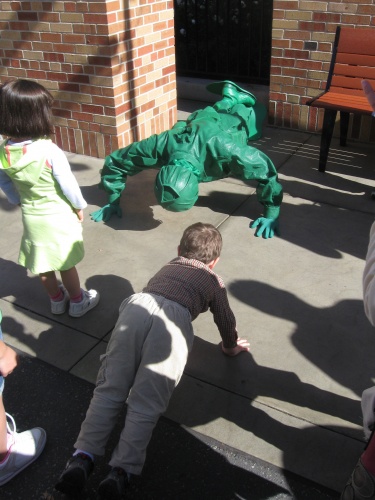 This is Patrick during his first visit to Walt Disney World for his 4th birthday. (Submitted by Celeste R.)