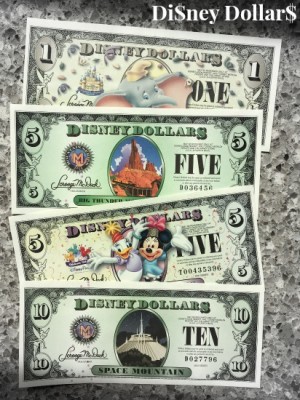 Disney Dollars, the official currency of Disneyland and Walt Disney World, debuted in Disneyland on May 5, 1987.  Disney Dollars may resemble Monopoly money more than US currency, but Disney Dollars were the first currency to be four-color printed in the U.S.! It took more than 203 man-hours and hundreds of employees to engrave and create the original $1 and $5 notes1.

I remember when Disney Dollars were first introduced – they were a huge deal in our house!  These colorful bills were intended to both be souvenirs and to be used for purchases in Disney Parks & The Disney Store.  In fact, you could even purchase them at the Disney Store years ago.  Currently, Disney Dollars are available for purchase at the Walt Disney World Resort in the following locations: Guest Relations at Disney theme parks and water parks, your Disney Resort hotel Front Desk, and your Disney Resort hotel concierge.  Based on my own experiences, each of these locations may not have them in stock and not every Cast Member is aware that they even sell them.  Can you say, “enter the age of gift cards?”  While Disney gift cards are super convenient and easy to both purchase and use – and even come in a large variety for special occasions, holidays, and even personalization for a small charge – there’s something magical about Disney Dollars.  They’re special.  So now we carry on the tradition that they are given/received for “special” occasions! 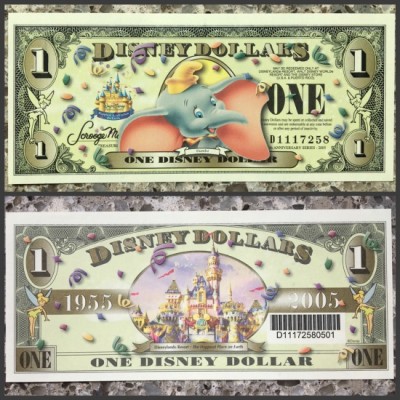 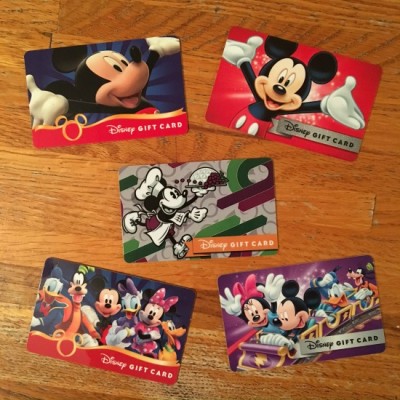 I did stock up on some Disney currency a couple of years ago knowing that we were approaching the time that my children would start loosing teeth (see where I’m going with this?). I also wanted to get a bill in each denomination available – $1, $5, and $10 – to put away for each child.  I’m big on Disney keepsakes!  While I struck out at a few locations, I was able to purchase bills of each denomination and even more $1 bills to “put away” for when needed.  As expected, my oldest child lost her first tooth a few months later and her tooth was replaced with $5 in Disney Dollars under her pillow, along with a note from the Tooth Fairy.  She was beyond ecstatic!  The Tooth Fairy has paid $1 Disney Dollar for subsequent teeth.  For us, this is the perfect occasion for Disney Dollars to make their presence.  Our lives are heavily influenced by all things Disney and it’s great to incorporate the special touch for a special occasion like a lost tooth!  Plus, keeping some Disney Dollars locked away sort of guarantees you won’t be scrambling for some cash at night when your child loses their tooth and you remember you need to “buy it back.” 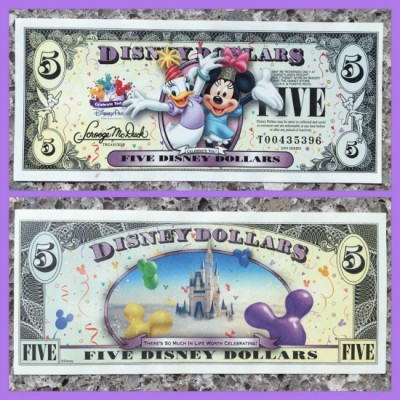 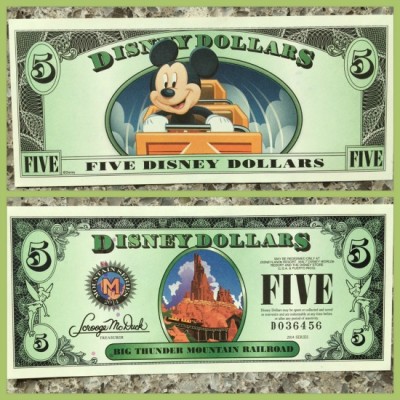 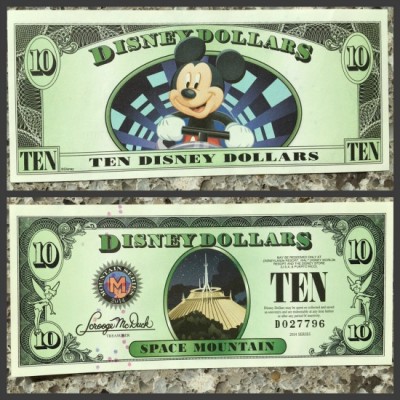 There have been special editions of the bills for years when Disneyland and Walt Disney World have had special celebrations such as Disneyland’s 50th anniversary and Walt Disney World’s 100 Years of Magic Celebration.  Each bill has the signature of Treasurer, Scrooge McDuck as well as the image of Tinker Bell on the borders.  There are limited numbers of each bill printed and a serial number is included on each bill.

I hope that Disney doesn’t do away with this currency that doubles as a souvenir.  I think that they’re a special and unique way to remember your vacation, especially if the date on your bill coincides with your trip.  I’m going to work on getting some of the bills I have famed because, well, they just make me happy!

Do you collect Disney Dollars or pull them out for special occasions?