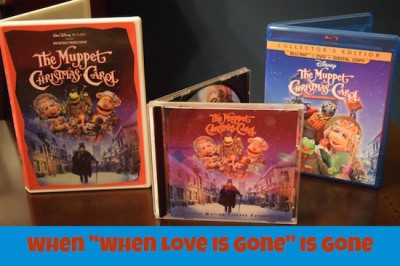 I have a confession – The Muppet Christmas Carol is my favorite movie. Not my favorite Christmas movie; my overall favorite. As such, I have watched it countless times and know all the songs by heart – even the ones might not always be a part of the film. But before we get to that, a little background.

The Muppet Christmas Carol was originally released in 1992. It was the first major project for the Muppets after the death of Jim Henson (where Muppetvision 3D was the last project Jim Henson worked on) and was also the first Muppet project after the death of Richard Hunt. It also marked the directorial debut of Brian Henson and saw the return of Paul Williams as songwriter after he previously wrote the songs for “The Muppet Movie,” including “Rainbow Connection.”

I love the songs of The Muppet Christmas Carol, from “Scrooge,” to “One More Sleep ‘til Christmas,” and especially “It Feels Like Christmas.” However, not all of the songs made it into the movie. In fact, two songs were cut before filming, but not before they were recorded. The first of these, called “Room in Your Heart,” was sung by Bunsen and Beaker when they visit Scrooge asking for a donation. The second, called “Chairman of the Board,” was sung by Sam the Eagle in the classroom of Scrooge’s past. Both of these songs, however, were cut before filming because they were thought to not progress the plot and the filmmakers were concerned about length. Since they were recorded and mixed, they were both included on the official soundtrack. 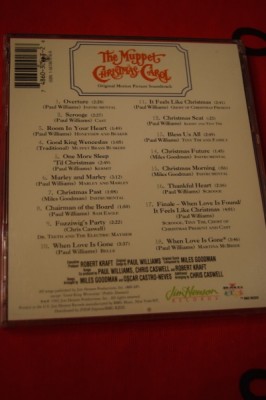 One song with a more complicated history is “When Love is Gone.” As originally conceived, this song is sung by Belle to Scrooge when she decides to leave him. A version by Martina McBride then appears over the credits. You can see the theatrical version here.

However, Jeffrey Katzenberg, then the head of Walt Disney Studios and now the head of Dreamworks Animation, thought the song and scene would not appeal to children and had it cut for the theatrical release. As he explained in a later commentary track, Brian Henson objected to this cut for plot and continuity reasons.

This decision was not the final word, however. While I saw this movie in the theater, I saw it at home many more times, and the original VHS release had the song in its original place. This was also true of the first laserdisc release and the fullscreen DVD release. However, the widescreen releases, including the recent 20th anniversary DVD, Blur-ray, digital copy combo pack have the same cut as the original theatrical version (the new version does have a smoother edit for the cut). 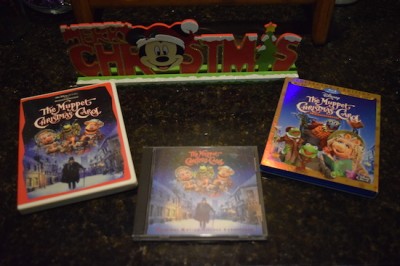 While I am probably horribly biased with my experience growing up on the full version, I really think that this song makes the whole movie make more sense. First, you get to see Scrooge’s emotional progression in reliving one of his most difficult moments. Without it, Scrooge is fine one moment and sobbing the next with very little in between. More than that, the final song, “When Love is Found,” is a direct reprise of the themes from “When Love is Gone” showing the emotional growth Scrooge has gone through by way of the Ghosts. Finally, without this song in the movie itself, the Martina McBride version over the credits makes absolutely no sense at all.

While they will probably never release a widescreen version of The Muppet Christmas Carol that contains “When Love is Gone,” if you haven’t seen the movie with this scene included do yourself a favor and find a copy, and watch it repeatedly until you know the story like the back of your hand. Even the scar on your wrist from falling off your bicycle.

Do you love The Muppet Christmas Carol? What is your favorite song?