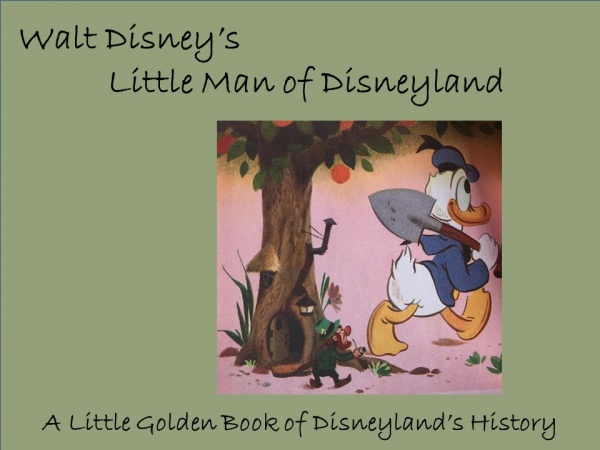 Walt Disney was a great businessman; there’s no denying that. When he undertook the concept of Disneyland, he needed partnerships. He needed businesses that could help fund the construction, supply goods, and get the message out. This was the beginning of synergy. One of these little partnership nuggets was a Little Golden Book, Walt Disney’s Little Man of Disneyland. By the 1950s, Disney Corporation was heavily involved in the Little Golden Book franchise. It seemed only appropriate to publish a book encouraging children to come to Disneyland. And so was born the Little Man of Disneyland.

With its mint green cover and eye-catching Donald Duck talking with a happy leprechaun, Little Man of Disneyland was instantly friendly to children and their parents back in 1955. The Disneyland television show had been airing on ABC television for just over a year, the Mouseketeers were encouraging everyone to join the club, and the entertainment media of the US seemed to be roundly focused on Walt and his ‘folly’ – Disneyland. So, the publication of this little book encouraged parents to pick up a copy for their children. 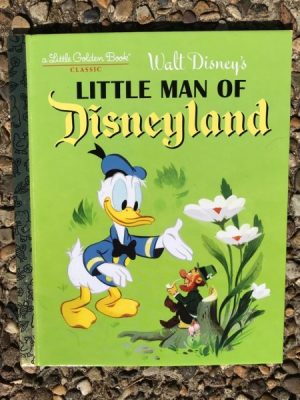 Little tykes would go to sleep hearing the story of Patrick Begorra and how his orange tree grove was transformed into Disneyland, “a wonderful place…with all sorts of marvelous things for fun.” Like most ‘old people’ Patrick didn’t take kindly to the change in his grove but through the magic of Imagineering, Patrick comes around and grants permission for Mickey and his friends to build Disneyland.

There was one stipulation: one condition that Patrick Begorra required. He wanted his own house in Disneyland. On the last day of construction, when Patrick’s house was being taken down, he moved. He did not let anyone know where he moved to. The end of the little book suggests that the child reading it should try to find Patrick’s house.

Fast forward a few decades and yours truly is sitting at home in the library of the old Ohioan farmhouse. I was perhaps five at the time and was investigating the closet of old children’s books for something to while away the afternoon. After passing over the books of horses – Misty, Black Beauty, and Stormy would have to wait – the corner of the green Little Golden Book caught my eye.

I ran to my Grandpa and asked him to read the Disneyland book to me. We sat on the rocking swing on our front porch and he read the simple story to me. “Shall we go back to Disneyland and see if we can find Mr Begorra in the winter?” I nodded. 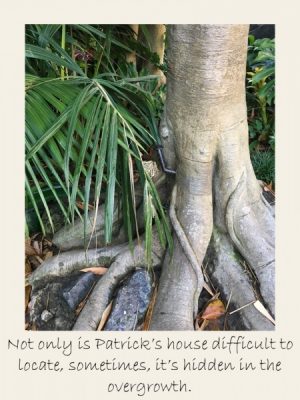 So, that year, mint green book in hand, I began my hunt for Mr Begorra and his home. Searching for Patrick became a passion.  This was long before the internet and I didn’t find him the first several visits. I did my leg work. Each visit, I would scour a new land. I would look in hidden corners.

Perhaps he had a hole in the wall of Fantasyland, like one of Cinderella’s mice. Or maybe, he could be found in one of the rockets on top of the tower in Tomorrowland. I knew that New Orleans Square and Critter Country had once been part of Frontierland, so I didn’t look too hard there. My next stop was Frontierland. But the more I searched and the more I thought about it, the more that I knew his house wouldn’t be there. Perhaps he was out on Tom Sawyer Island, but I had no luck. I looked high and low.

I asked Cast Members in each land. This was very difficult because I was a shy child. Each would shake their head. “No, I am afraid that I don’t know where his house is.” Now, we have all been told that Cast Members aren’t allowed to say that they don’t know. That they should go and look for the answer. But this quest(ion) seems to be the one exception. Today, some of the Cast Members will tell you quietly where the house is. Some will wink and say that they aren’t allowed to tell you where he lives. Others will look it up for you. 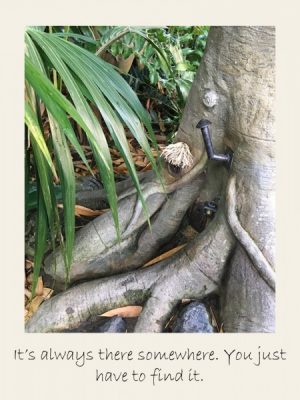 But back when I was six, I felt a great relief when I finally located the little house exactly as pictured in the illustrations. From that visit on, I would stop by Patrick’s house and say, ‘hi’. Well, until I became a teen and let such frivolity fall away.

Then I had my daughter and we were going to take her to Disneyland for her second birthday and the opening of Disney’s California Adventure (as it was called back then). My copy of the Little Man of Disneyland was lost in the years between and though I was unable to get a copy, I still told her the story of the Little Man. Then we went to look for him. It seemed that he had moved again! But with enough hunting, we found his new address.

And now, it is your turn. The book was republished in 2015. Look up a copy and read it to your children (be they one or one hundred) and go on your own Disneyland hunt. You never know what you will find.

Walt Disney’s Little Man from Disneyland is not the only Little Golden Book to feature Disneyland. In a future blog I may look in to this ‘night time’ reading for young ones if there is interest. 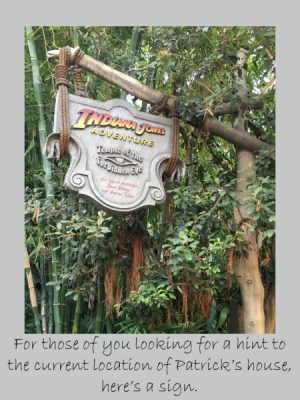