It’s time to go INSIDE THE MOUNTAIN… 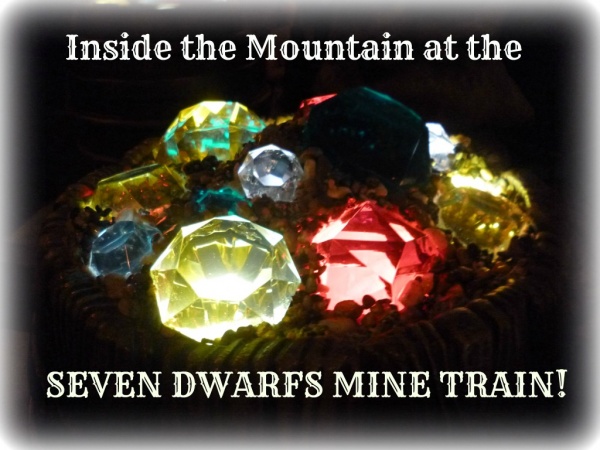 The Seven Dwarfs Mine Train officially opens to the public this week (Wednesday, May 28th), and I was thrilled to happen upon a soft opening of this long-awaited attraction. I’d love to give you a sneak peek with a few of my photos from the day, with hopes that you get your chance to join the Seven Dwarfs inside the mountain soon! 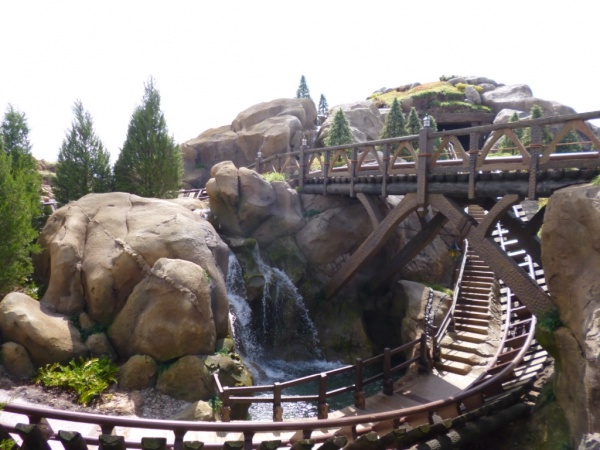 Of course, before I could ride the attraction, there was the small matter of waiting in line. The line begins outside and blends in with the rustic beauty of the forest setting. 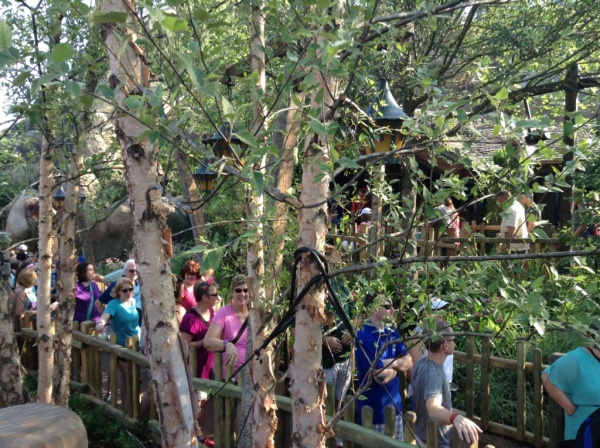 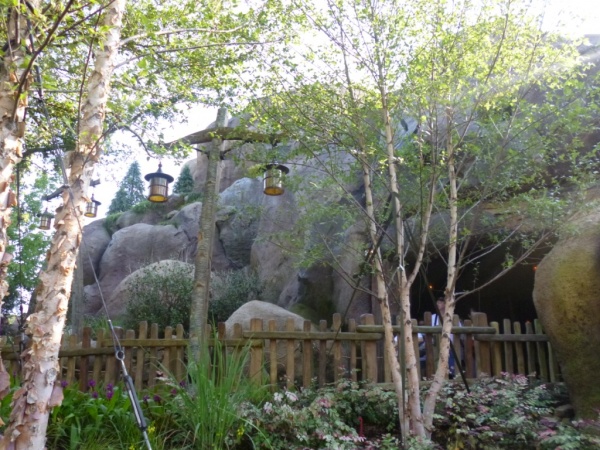 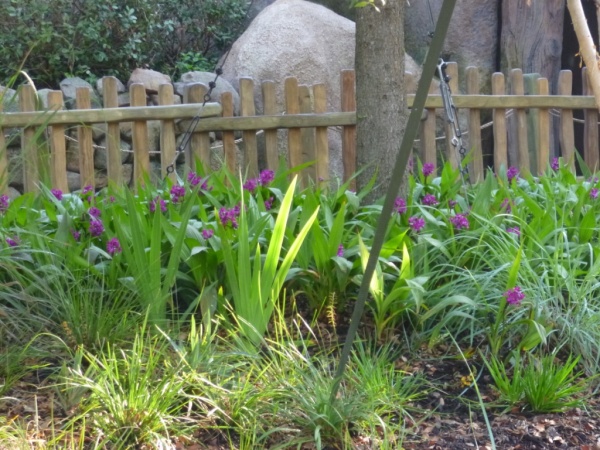 And there are plenty of fans to help you cool off a little on those hot days! 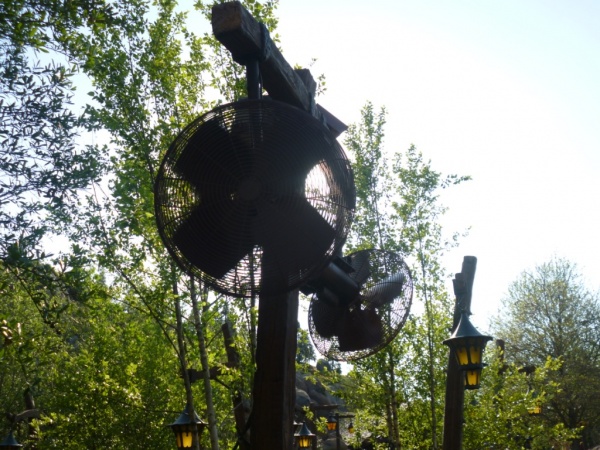 Once you enter under the charming wooden cover, things start to change. 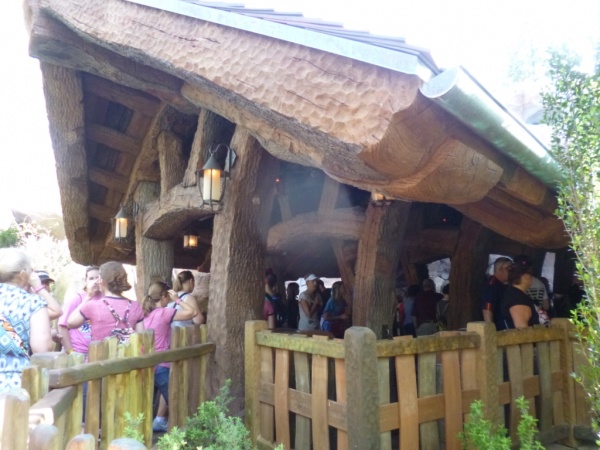 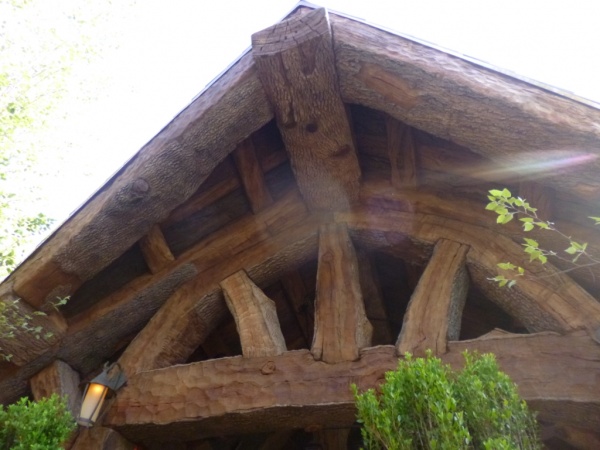 The Dwarfs, of course, spend their days in the mountain, mining for precious gems. You start to see hints of those gems through the interactive experiences that begin to appear throughout the queue! Be sure to keep an eye out for instructions from Doc to help you sort the jewels. 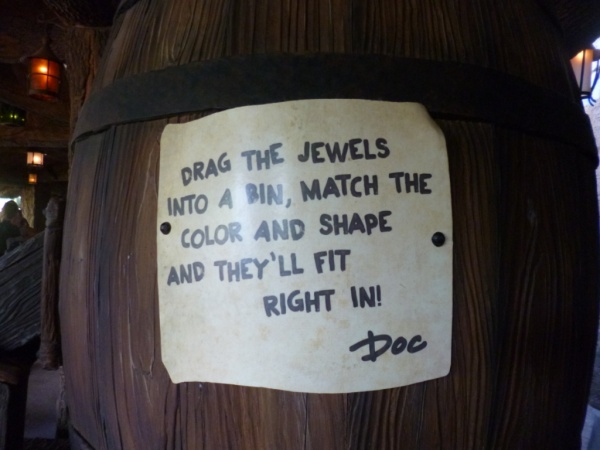 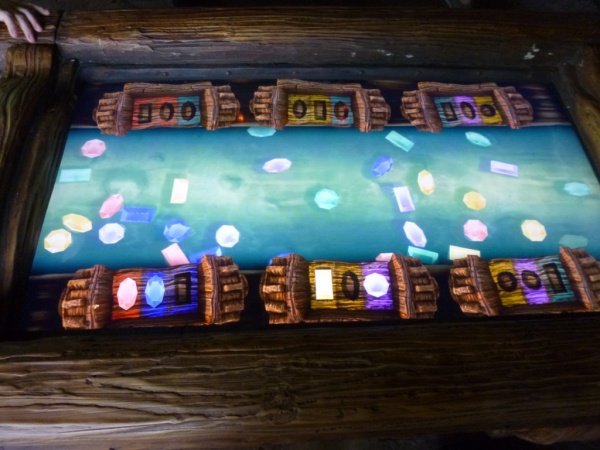 Then you spend some time washing those gems with help of musical spigots! The woodwork all over this portion of the queue is truly beautiful. 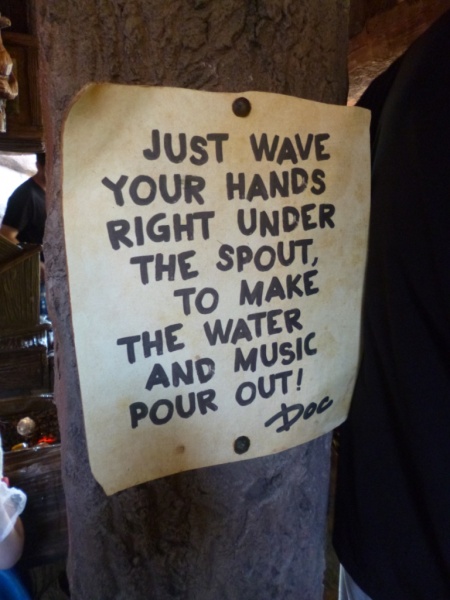 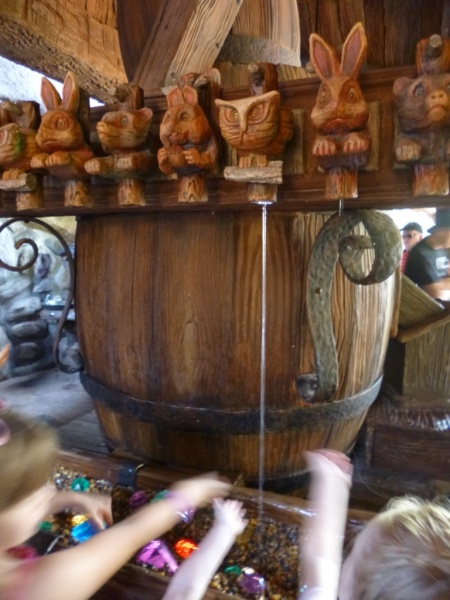 But you really get a feel for what you’re about to experience once you enter The Vault: the barrels full of jewels glisten and glow in this darker portion of the queue. And if you give a barrel a spin… 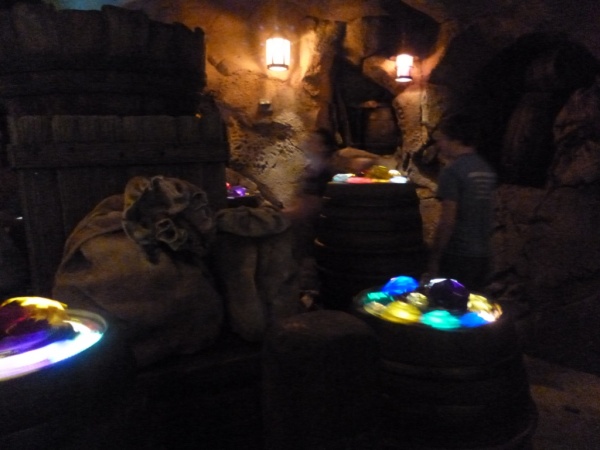 … it changes what you see on the ceiling above, as you watch the Dwarfs “spin” into life from the gems. 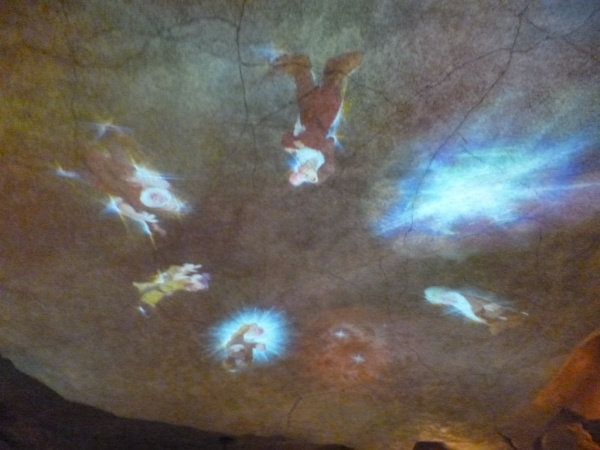 It’s almost hard to walk away from the barrels, even though you are excited for what’s next… the ride!

Unfortunately, I couldn’t take photos during the ride itself (not because you aren’t allowed, but because you’re moving fast enough that there isn’t really an opportunity). However, it may give you some idea to know that if you think this is pretty… 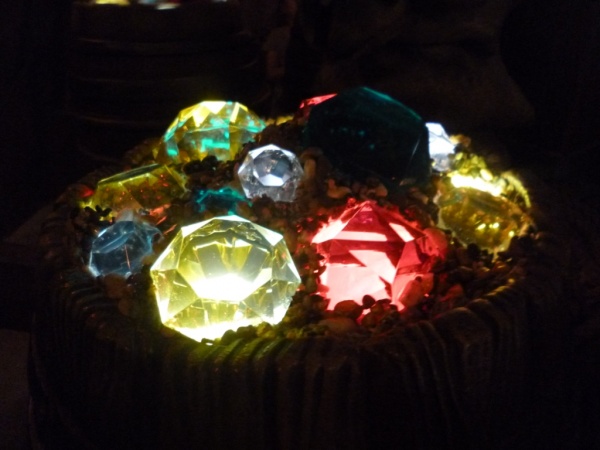 Here are some of my impressions of the ride itself (for those who don’t wish to know prior to riding, it’s best to stop reading now) : 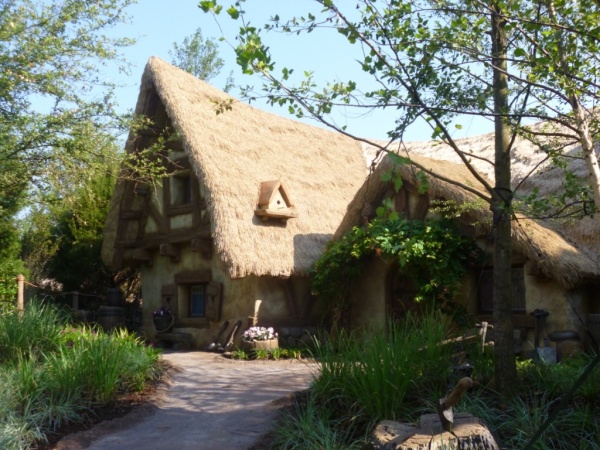 Remember: FastPass+ is available for this attraction now, and they’re going fast. Even if you don’t get a FastPass+, do NOT miss this attraction. The queue is so fun that it’s worth seeing, and the Seven Dwarfs Mine Train – just as we all hoped – was VERY worth the wait! 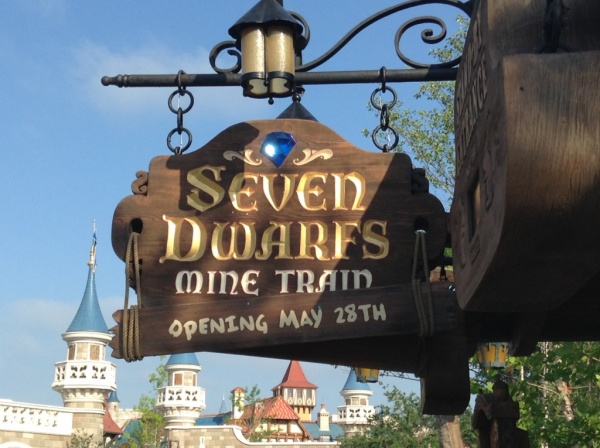