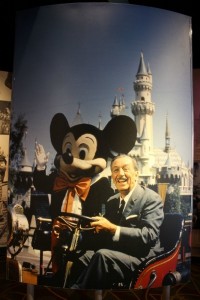 Walt Disney was born in Chicago, Illinois on this day (December 5) in 1901, and he passed away on December 15, 1966 at the age of 65.  You know, there is so much information about Walt Disney on the Internet, but I want to share with you one of the places that I enjoy learning about Walt Disney the most.

I’ve mentioned this attraction before, but Walt Disney:  One Man’s Dream at Disney Hollywood Studios is my favorite place to learn about Walt Disney.  One reason is that there are so many things there that many of us would never have the chance to see. 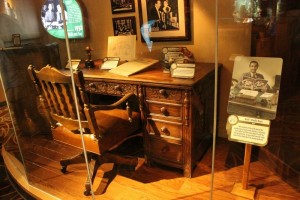 Like Walt Disney’s Studio Desk.  Walt used this desk during the making of such early films as Snow White and the Seven Dwarfs and the Silly Symphonies.  What a great piece of history to be able to see in person! 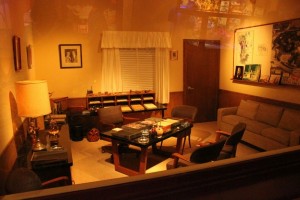 Another one of my favorites is Walt Disney’s office at Walt Disney Studios in Burbank.  What’s nice about the One Man’s Dream exhibits is that they have signs with more details. 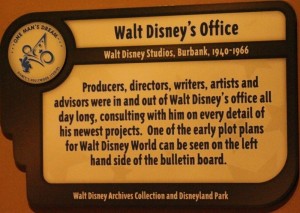 Like this one about Walt’s office.  How cool is it to be able to look at Walt Disney’s office the way it was set up when he was alive?  To see it as it was when people were meeting with him about great projects that we can see today? 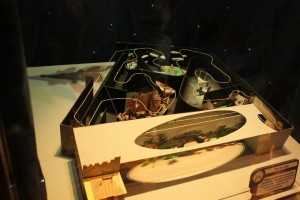 This is a model of Peter Pan’s Flight.  It was neat to see the the model of it, but another thing that I liked was reading what was on the sign. 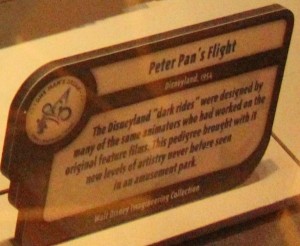 I know the sign is a little blurry, but it says that “the Disneyland “dark rides” were designed by many of the same animators who had worked on the original feature films.”  It is just amazing that Walt Disney would have the forethought to use the same animators who did the movies to work on the rides.  No wonder there was so much symmetry between the films and the rides. 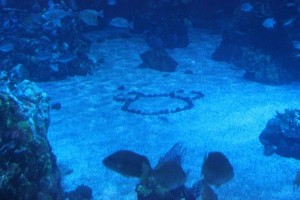 I wonder if Walt Disney realized how long the attraction of his movies and characters would endure.  Did he think that his famous mouse’s ears would show up in all kinds of places, from the bottom of an aquarium tank… 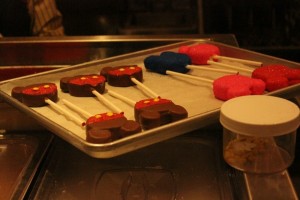 to snack food throughout the park.  Did he know that his brand would still be going strong this long after he passed away? 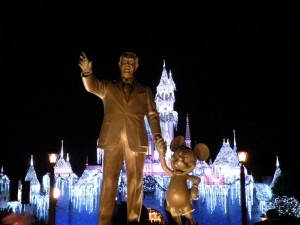 Because of a man who was born on this day in 1901, we are not only entertained at home with his films, but we are able to visit some of the best vacation destinations in the world.  I love this picture of the Partners statue because it looks like Walt and Mickey are welcoming us to his park.  Can’t you hear him say, “To all who come to this happy place … Welcome!”?  I can.