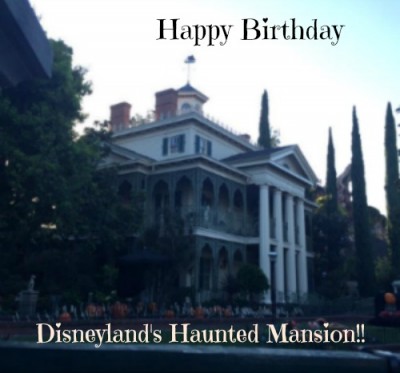 As of August of this year the “999 happy haunts” have inhabited the Haunted Mansion attraction at Disneyland in California for 45 years. Since its opening, The Haunted Mansion has become a park favorite for many visitors, and has even inspired its own movie. Similar rides exist (or are planned) in the other Disney Parks worldwide. In honor of its 45th birthday here are some fun facts about the attraction:

Do you have any favorite memories of the Haunted Mansion?