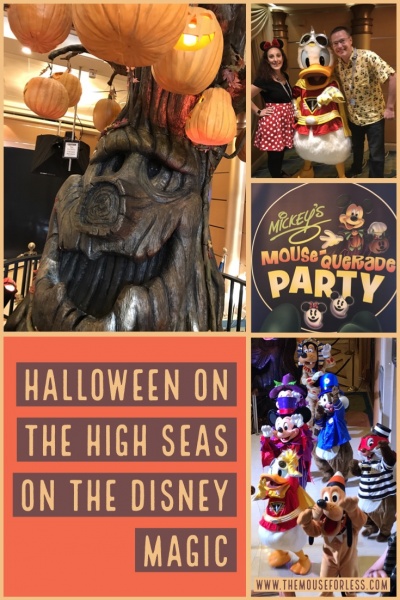 I just got back from an amazing seven night cruise on the Disney Magic and one of the big reasons why I wanted to book this cruise was to experience the Halloween on the High Seas! During the cruise, on one special day, Guests are invited to celebrate the spooktacular holiday with lots of character meet and greets, a party, ghost stories, and costume contests. It’s definitely a day full of fun! 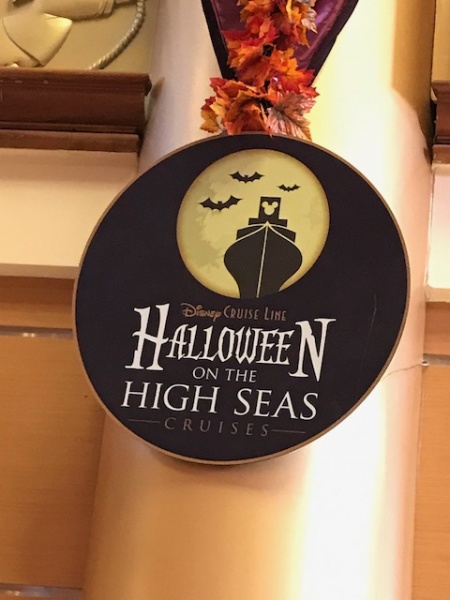 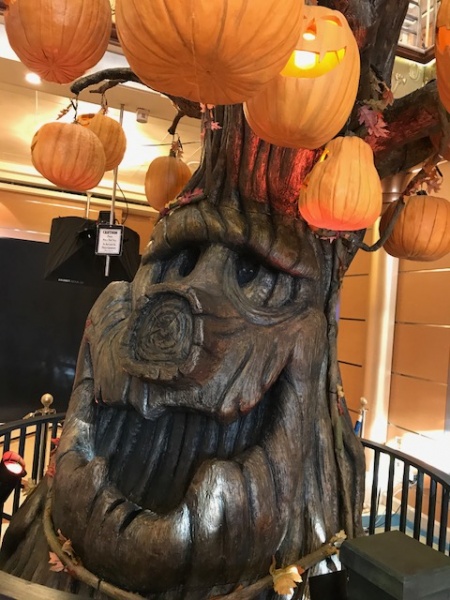 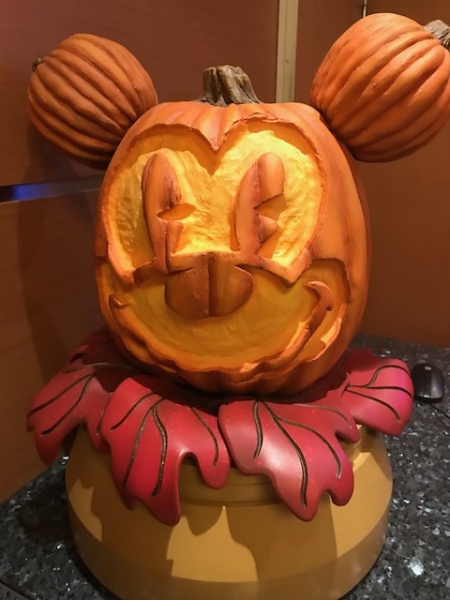 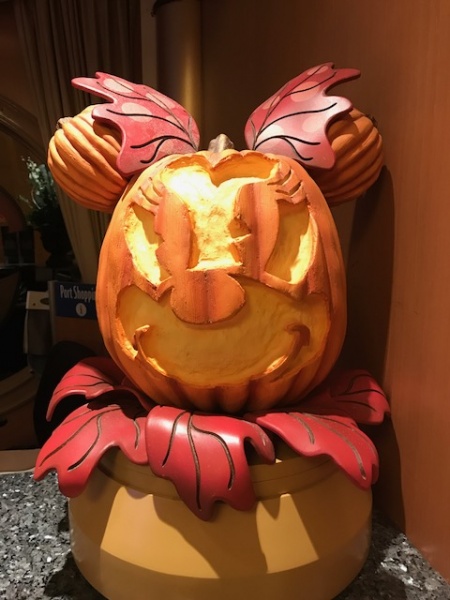 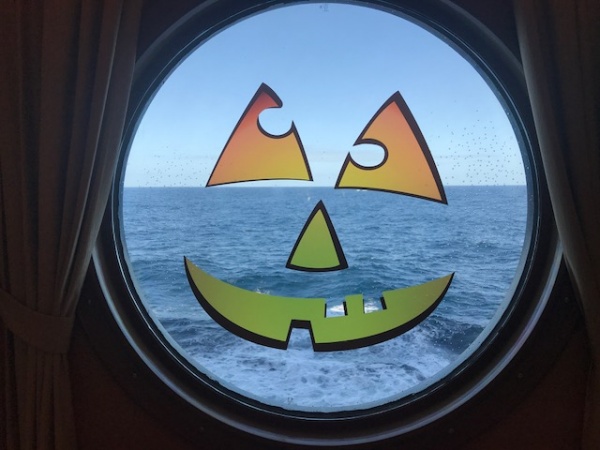 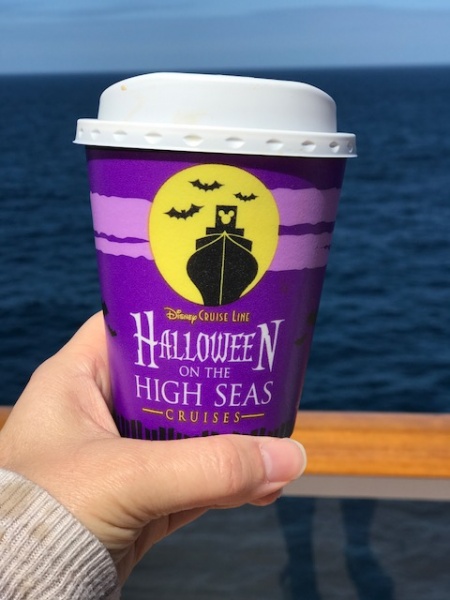 On the day of festivities, Guests are invited to dress up all day to celebrate. We didn’t dress for the whole day as we had brunch reservations at Palo that morning/afternoon, so we ended up dressing right before dinner. I had brought a simple costume for myself (I went as Minnie) and my husband went interpretative, as he “dressed” as Wall-E.

The characters were out all day and they were dressed in adorable Halloween costumes! 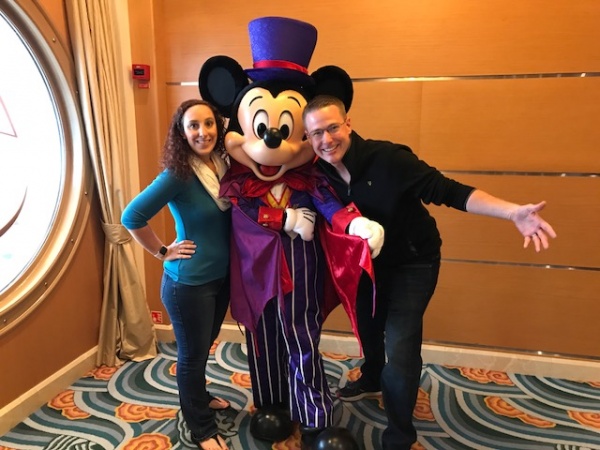 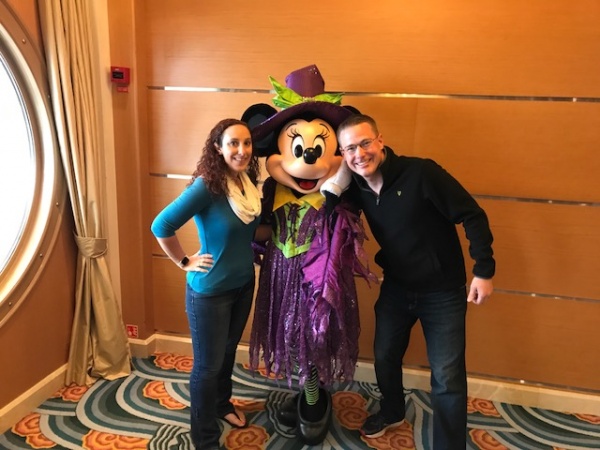 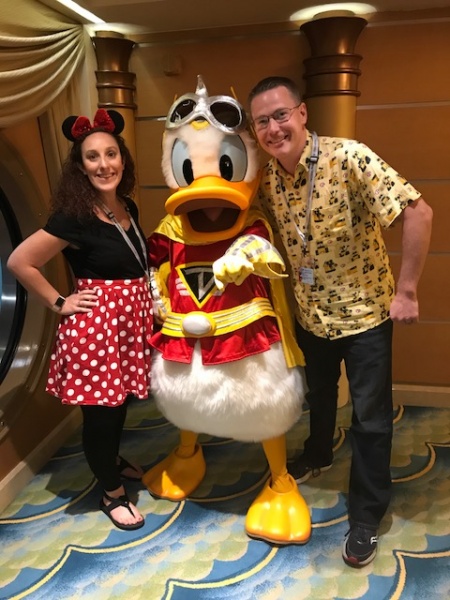 Twice during the afternoon was the Mickey’s Mouse-Querade Party. During the party, Guests were able to trick or treat (yes, we were given treat bags!), play fun games – like ring toss or bags with a Halloween twist, and there was a fun stage show featuring Mickey and the gang that took place in the ship’s atrium. 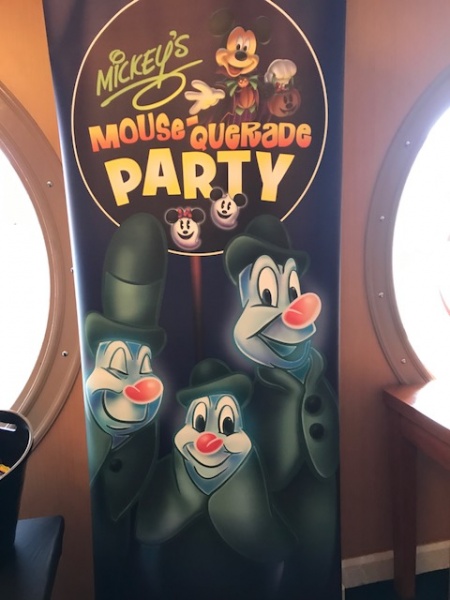 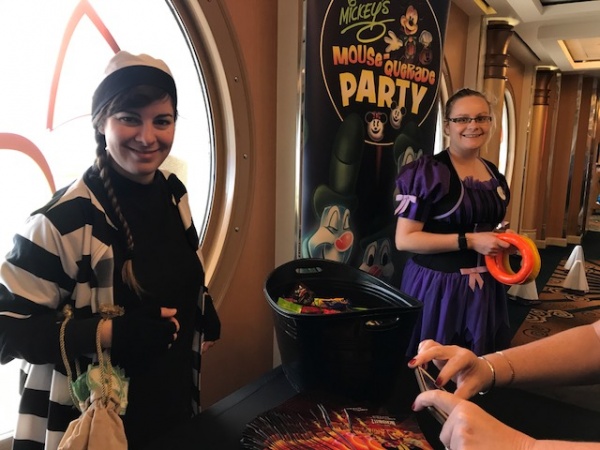 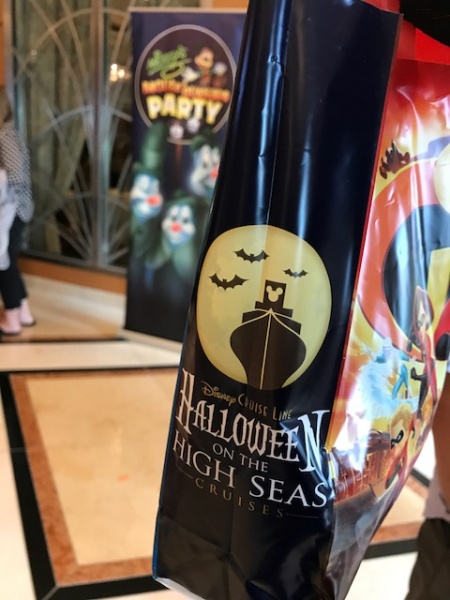 The activities were seriously so much fun! There were about five treat stops for Guests to stop at. At each one, Guests were given handfuls of candy. We also all enjoyed playing the games and cheering on other Guests playing too. The stage show was short, but cute. 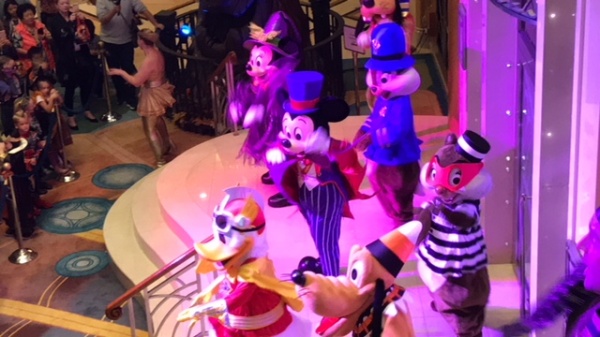 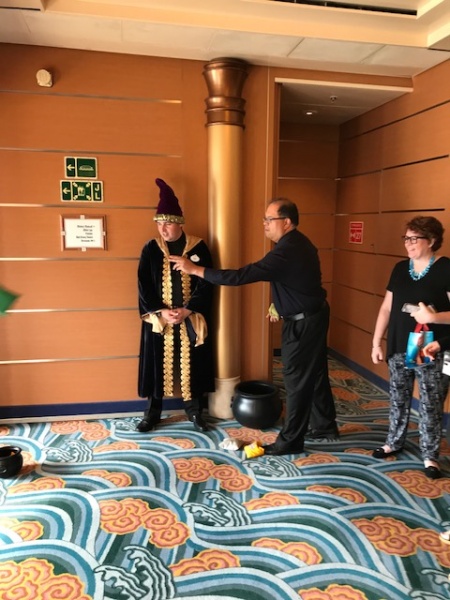 While not as huge as Mickey’s Not-So-Scary Halloween Party, we got a decent haul of candy, with good candy offered12. 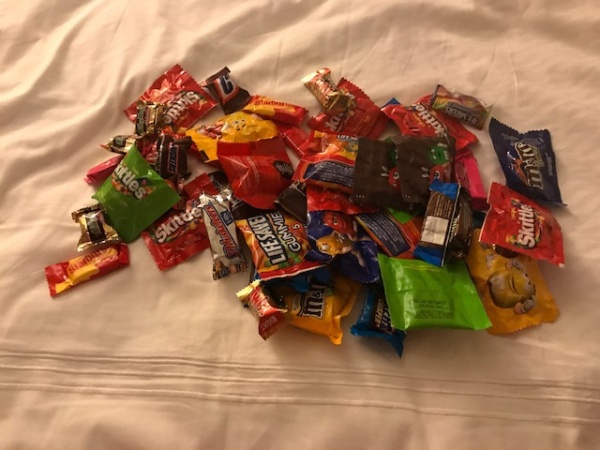 We did not get to participate Haunted Stories of the Sea, which is where Guests were invited to listen to ghost stories on deck. Since we were sailing up to Canada, the weather was quite chilly that evening and I had zero desire to sit outside and freeze!

Even our stateroom host got in on the Halloween action, creating a pumpkin out of our blanket! 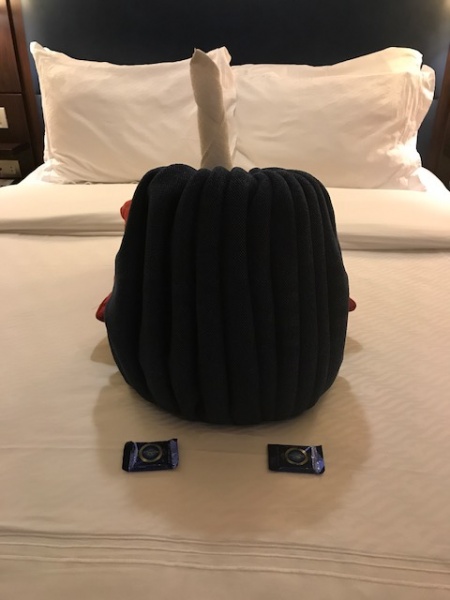 Later in the evening, the adults were all invited into Fathoms, the adult only club, where the could participate in a Halloween costume contest. I couldn’t believe how many really creative costumes that people brought with them! My favorite was a family that dressed as the Magic, the Wonder, the Dream, and the Fantasy! 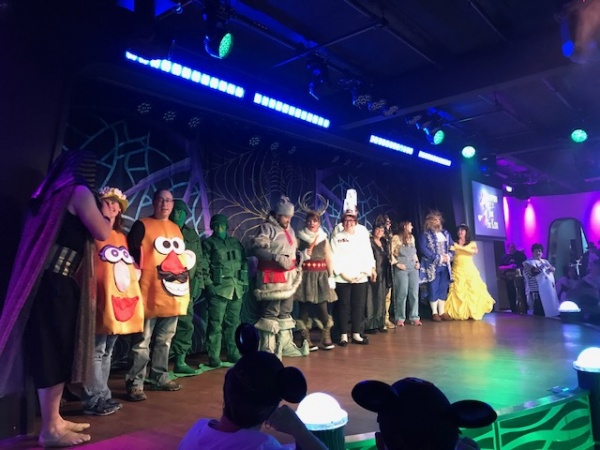 I did have a couple of disappointments though with the Halloween on the High Seas activities. First, the only night that Disney offered the story of the Pumpkin Tree was the first night. We had activities planned during the event and I had thought it would be offered, at the very least, on the Halloween on the High Seas day. Unfortunately it wasn’t.

Second, I had hoped that dinner would have a specially Halloween theme to it. Again, no such luck. It was just the regular dinner we would have had anyway. Not even a special Halloween-inspired dessert. There were a couple of treats at the Cove Cafe that were orange colored and they did have pumpkin pie in Cabanas, but nothing specifically for the day, which I would have liked to see.

Want to see more about what to expect during Halloween on the High Seas? Take a look at our video:

Want to sail on the Disney Cruise Line during the Halloween season? Contact The Magic for Less Travel for more information and a free, no-obligation quote.