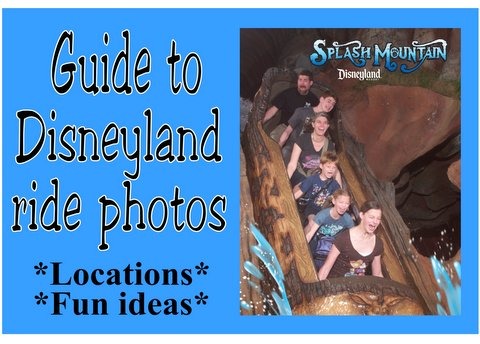 Smile for the camera! At Disneyland, you’ll have lots of opportunities to do just that. Along with castle selfies and photos with Disney characters, some of the big attractions at Disneyland will take a photo for you. In this guide, we’ll learn about all of the Disneyland ride photos — where to say “cheese,” and some fun ideas to pose. 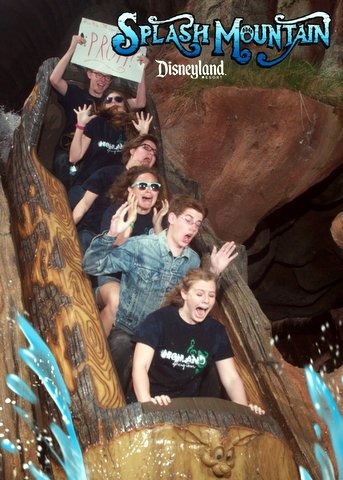 Splash Mountain wins my vote as “best on-ride photo.” It clicks at a very obvious spot, and you are going slow enough to choose your reaction. I have seen some epic photos from this camera! In the photo above, the last boy in the log asks one of the girls to high school prom. She didn’t find out until they viewed the ride photo at the end! 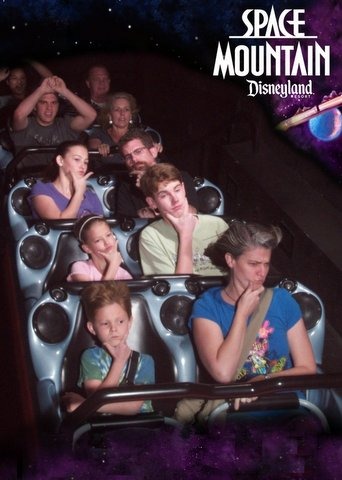 Space Mountain‘s ride photo shows another place to have some fun. The picture above ranks as one of my all-time favorite ride photos, in part because I wasn’t sure we had all done a similar pose until afterward (we had one child dragging his heels on participating before the ride). Sometimes I think the scariest part of Space Mountain is the flash to take the ride photo at the end, after your eyes have adjusted to the near-darkness for several minutes. 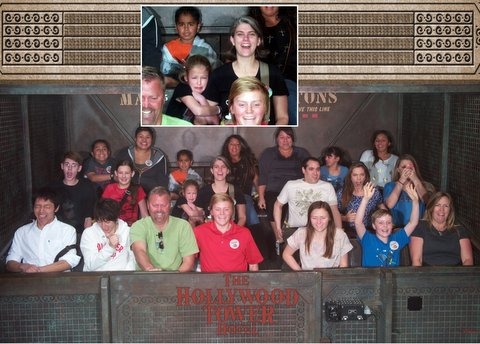 Guardians of the Galaxy — Mission: Breakout (formerly Tower of Terror) is the biggest ride photo in any park. The whole elevator gets photographed together. If you want to be sure you won’t be hidden behind any raised hands or other tomfoolery, request to sit in the front row. The zoom-in on the photo above shows one of our children’s reactions to all of the drops. This is another photo that repeat riders like to have some fun with. 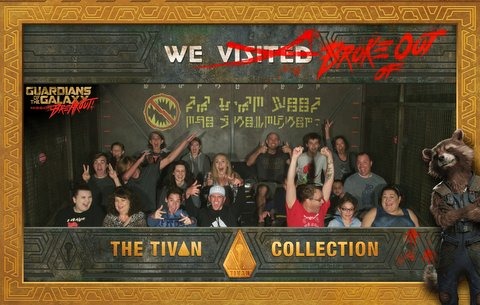 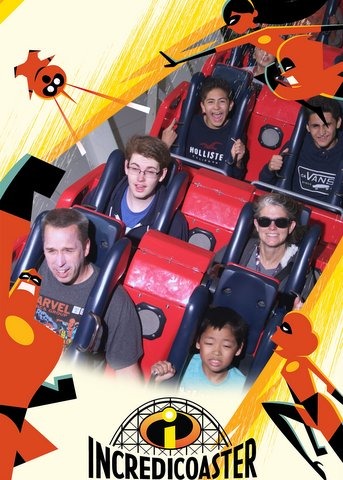 Incredicoaster (formerly California Screamin’) takes your photo at high speed, giving you only a split-second to react to the ride photo. (I think a photo of my face during the accelerated launch would be cool … but probably hard to capture.) 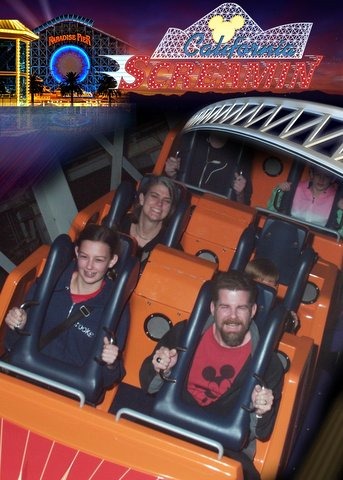 Look closely at the photo above. One of the rear seats appears at first glance to be unoccupied. But you can see a small head barely visible. Kids who just meet the height requirement may not be easily seen unless they are positioned in the front of the car. If you have a choice, try to put smaller riders in an odd-numbered row if you want to see their face. 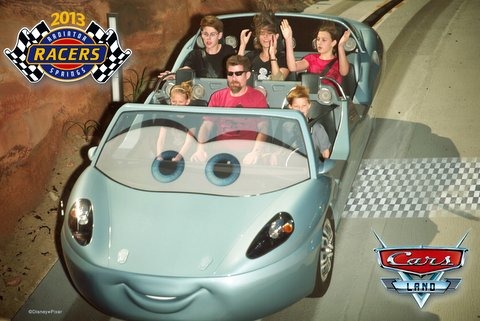 Radiator Springs Racers is the one ride photo I have not mastered. I could show you an entire gallery of my chin-length hair going all Medusa in every snapshot. And I have had a low rate of success positioning smaller riders so their faces aren’t cut off by the windshield (front seat) or other passengers’ head or hands (back seat). Oh well, I guess I’ll just have to keep riding! 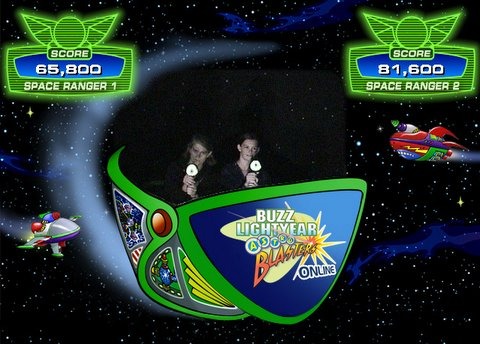 Buzz Lightyear Astro Blasters has a ride photo as well, but it isn’t tied into the same photo system, and it doesn’t always work. If operational, you stop at a computer kiosk after the ride and email it to yourself. It’s a lower-quality photo taken in a dark room, while you are distracted shooting at targets. But it is proof of a great score!

What are your best tips for capturing great Disneyland ride photos? Let us know your thoughts in the comments, or on Facebook or Twitter!