Entertainment is one of the top things you think of when you are talking about Disney. Their shows are absolutely legendary. Originally I started this article with the top seven shows at Disney but I couldn’t narrow it down! So, without further ado here is my list of the top ten shows in Walt Disney World.

If you have ever seen the Broadway version of the Lion King you already have a taste of what is to come. This show is located in Animal Kingdom in a theater that was built specifically for the Festival of the Lion King. This show is a delightful mix of live performance, aerial acrobatics, a fire dance and tumble monkeys. This is my must do show in Disney! 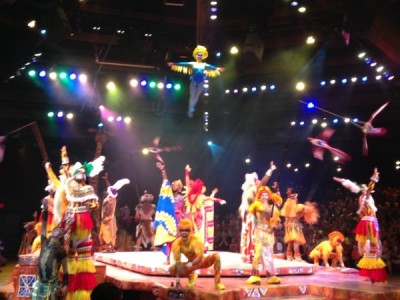 Each day, a whimsical stage show is preformed right in front of Cinderella’s castle and introduces you to some of your favorite character. New for this summer will be Mickey’s Royal Friendship Faire. The new show will feature characters from “Frozen,” “Tangled” and “The Princess and the Frog” who will join Mickey Mouse, Minne Mouse, Donald Duck and Daisy Duck on stage. The former show, Dream Along With Mickey ended on April 2. 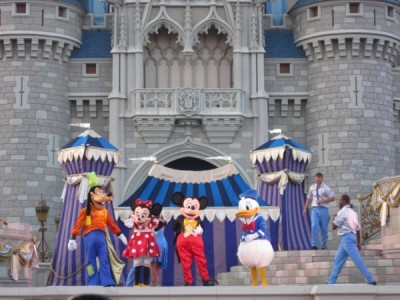 This show has had so many incarnations since it premiered in 1991. My personal favorite is the version from 1993. If you haven’t seen the current show it is about 20 minutes, and it is the retelling Belle’s adventure. 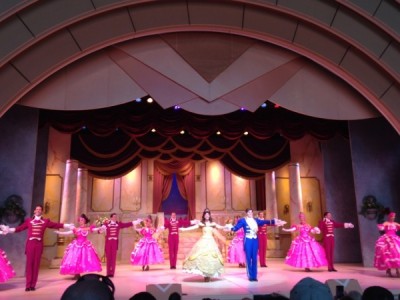 This nighttime spectacular includes rarely seen characters such as steamboat Mickey, Hercules and Megara, Mulan and more, an exciting fight with a dragon and amazing water effects! This show premiered in 1998 and has different versions in Disneyland and Tokyo Seas. This show is an all time favorite and has been around for more than a decade! 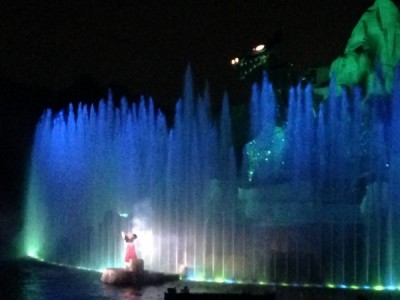 Finding Nemo makes my mother and I cry so be ready and bring tissues! This show will have you on the same emotional roller coaster as the movie while you search the ocean with Marlin and Dory for one tiny clown fish with a lucky fin.

Indiana Jones stunt spectacular really is remarkable! The show goes through how all those amazing stunts from Raider of the Lost Ark are performed. This is one of the only shows in Disney that still has audience participation.

Good Morning, good morning…this show is for the early risers in the group. Stepping off at 9:15 it is a wonderful follow up to the welcome show. Complete with songs, dancing and an actual trolley, you’ll feel just like you’re in St. Louis. 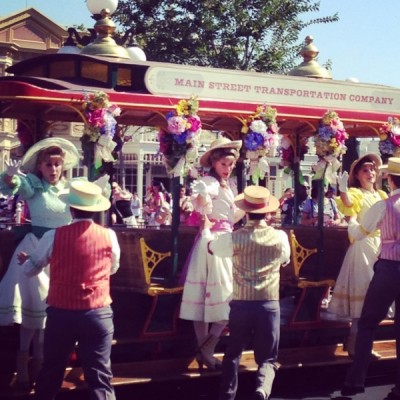 This show is especially important if you have little ones that watch any of the shows on Disney Junior. A 22 minute long sing and dance along that includes characters from Mickey Mouse Clubhouse, Jake and the Neverland Pirates, Sofia the First and Doc McStuffins. There is also a special meet and greet opportunities outside of the show.

The show before the fireworks often gets left out as people incorporate it into wishes but it shouldn’t be left off your must see list! Including all the latest Disney music this is sure to be a kids favorite and I dare you not to sing along!

If you’ve read any of my previous post you know that the Electric Water Pageant is my absolute favorite show in Walt Disney World. It is one of the few surviving elements from the opening of Walt Disney World. In addition it is also the only show you can see without theme park admission! 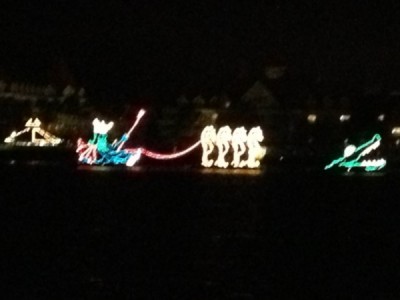 This now extinct show was one of my favorites! If you haven’t seen it go YouTube it right now, seriously, I’ll wait! It was the follow up show to the high school musical show in 2012. It included songs by Jonas Brothers, High School Musical 3, Camp Rock and The Cheetah Girls. The top moment for this show has to be when the dancers would pick kid out of the crowd and teach them how to be a rock star! 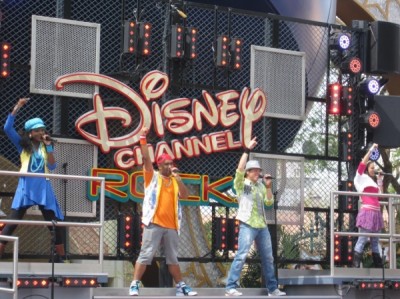 Well there are my top ten…well eleven if you count my honorable mention, shows in Walt Disney World.

What are some of your favorites past and present? Share in the comments.