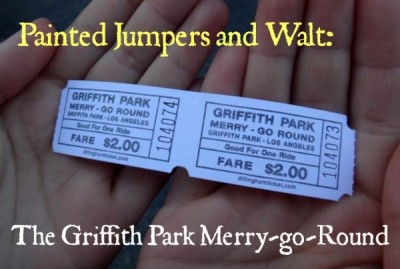 What could bring such joy as the bright calliope of music and a parade of painted ponies?

Today is the 60th anniversary of Disneyland and to celebrate, we thought we’d take a look back at where it all started…The Griffith Park Merry-go-Round.

The legend goes that Walt Disney would spend one day a week (Daddy’s Day) with his daughters where his work in media took backstage to his family time.  The girls and Walt would spend their time together, like many families of that era, taking in the local entertainments.  ‘Together’ was a subjective word.  Walt would sit on the bench while the girls played and rode the amusements.  One of their favorites was the Griffith Park Merry-go-Round.  It is said that here, while sitting on the green wooden benches, Walt dreamed of an amusement park where families could have fun together: a place where parents were not relegated to the benches while they watched their children grow before their eyes; an interactive and inclusive place; a place so much more than the dirty, restrictive amusement parks in the area. A place called Disneyland. 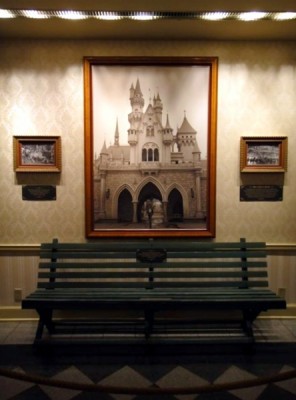 One of the original benches from the Merry-go-Round, now located at Disneyland. 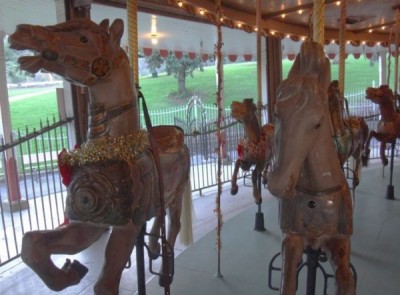 Every great thing has a history:

For over 75 years, Griffith Park has played host to a 1926 Spillman Engineering merry-go-round.

The machine was originally built for the Spreckles family and was a draw card on the Mission Beach Pier in San Diego, California from 1926 until it was moved to Balboa Park for the 1935-36 World Exposition. When the expo closed, all of the amusements were either sold off or abandoned. The merry-go-round was sold to Ross Davis who moved the machine to its current home in Griffith Park.

The merry-go-round is the only Spillman to host an all-jumping, four abreast herd. It is also the only full-sized Spillman still operating today.

There are sixty-eight horses on the platform.  Each is bejeweled and has both hand carved and painted details to distinguish it from the others.  The tails are all real horse hair.  To enable the company to deliver the merry-go-round on time, Spillman Engineering carved some of the horses in Tonawanda, New York but others would have been trade-ins that could be as old as from the 1880’s.  It is believed that several of these trade-ins were carved by Charles Looff – a world renowned master carver and builder of carousels.  The horses, and the rest of the machine, are in the restoration process, which is completely reliant on donations.

Along with the horses, the Merry-go-Round boasts two chariots that allow for a more sedate ride.  The benches are perfect for younger children to ride with their parents or amorous couples (which is perhaps where the names of the chariots come from – Adam and Eve).

The other area of the Merry-go-Round that is in restoration is the ceiling.  Several panels are cracked or missing – caused by maintenance mechanics in the first years at Griffith Park.

Every great merry-go-round has fantastic music and the Griffith Park Merry-go-Round does not lack the joyous, chiming music.  Provided by a Stinson Pipe Organ (A Stinson 165 Military Band Organ, for those interested in the model), there are over 1500 songs ranging from military marches to waltzes.  They are performed by two hundred fifty-six wooden pipes that sound like various wind and brass instruments and several percussion instruments (including snare and bass drums, tympani, cymbals, bells, and wood blocks).  Controlled by two punched paper rolls, the organ plays continuously.  The organ is believed to be the largest on the West Coast that still plays alongside a merry-go-round or carousel.  The Pipe Organ is not original to the Merry-go-Round. 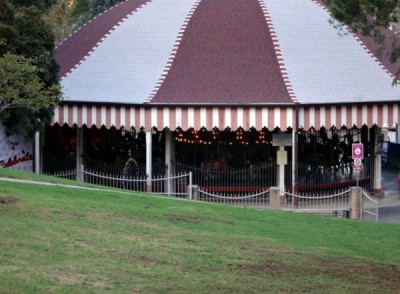 The Merry-go-Round is not the easiest place to contact unless you live in the region or are happy to call during open hours (323-665-3051).  There is a webpage on the Griffith Park website that lists the open hours and a brief description of the attraction.  There are several social media sites devoted to the attraction.

How to get there:

Otherwise known as ‘here is a tour of Griffith Park for those out-of-towners, the Merry-go-Round can be challenging to find.  The GPS that we use likes to bring us to the lower lot, well below the Merry-go-Round and in the middle of a set of playing fields and picnic areas.  This parking lot is so far below the attraction that on busy days, the Merry-go-Round barn can be hidden.  The best advice I can offer is ‘keep going’, as frustrating as that sounds.  The map below (thank you Google Maps) might help you orientate. 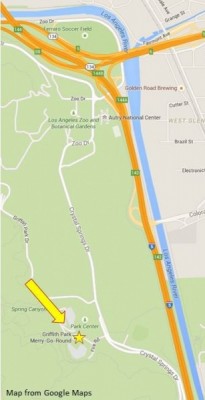 The easiest way to get to the Merry-go-Round for first timers is to locate the larger attractions in the area – for me, these are the LA Zoo and the Autry National Center (Northernmost part of the map).  The Zoo and Autry National Center have signs off the freeways and I follow those to their parking lots.  From here, take Crystal Springs Drive south.  Keep an eye out on this road.  We have seen raccoons, deer, and coyote when traveling through this part of the park.  Turn right on Fire Road.  There is usually a sign at this intersection with an arrow to the Merry-go-Round (when it is open).  Follow Fire Road up into the parking lot (on your right).  From parking lot 1, the Merry-go-Round is below you.  There are easy walkways that are stroller friendly. 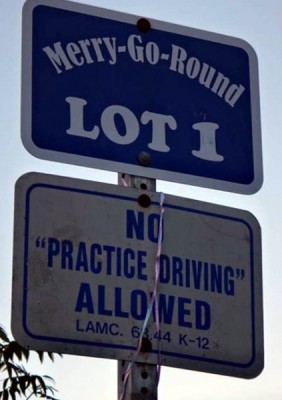 As a side note: if you are lost at Griffith Park, the Autry National Center has a visitors’ information desk with some of the most helpful, wonderful people staffing it.  They will happily point you in the right direction.

This has always been the difficult part for me.  Living in Australia, I am often not in the region when the merry-go-round is in operation.  However, with some prior planning, even I have made it onto the flying horses.

The merry-go-round is open every weekend from 11:00 a.m. to 5:00 p.m.  During school ‘holidays’ (summer, Christmas, and Easter vacations) the merry-go-round greets visitors every day from 11:00 a.m. to 5:00 p.m.  Obviously, these hours are subject to change and you are best to check with the Griffith Park website or with the Merry-go-Round to make sure that they will be open. 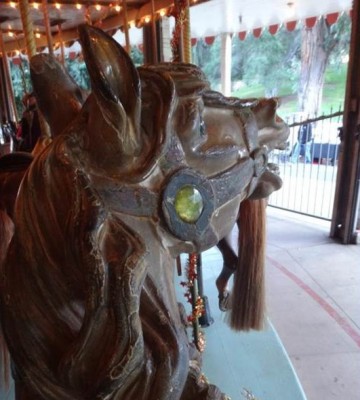 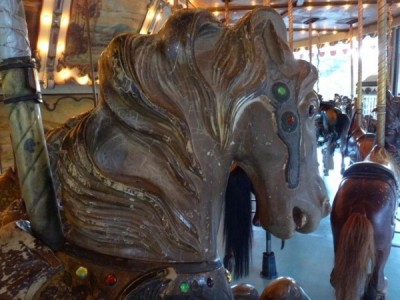 The Merry-go-Round is a lot of fun. It is a lot faster than many others around, so keep an eye on the little ones on the outside horses. For the Disney-loving enthusiast, this is not a five minute destination. You will want to sit on the memorial bench, ride the painted jumpers at least once, and spend some time looking and listening to the artwork that is this amusement.

Each ride is $2 (at the time of writing this post). For those who wish, there is a refreshment stand and a gift case where you can pick up a t-shirt, postcards, and other trinkets found only at the Griffith Park Merry-go-Round (profits go to refurbishing this amazing machine).

The staff is friendly and knowledgeable. They quickly realized that we were interested in the ride and we were given a small hand out with the history of the Merry-go-Round. 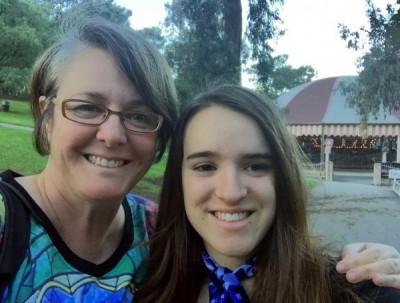 Is this something to add to your to do list?

If you like merry-go-rounds, Disney history, open parks, good times, or watching people have a great time, then this is the experience for you.

Have you ever visited the Griffith Park Merry-Go Round?