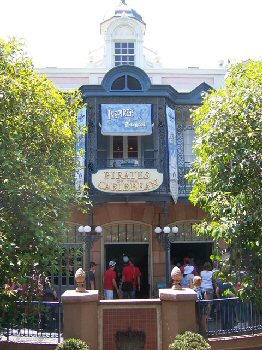 The Disney Gallery, tucked above Pirates of the Caribbean in Disneyland’s New Orleans Square. 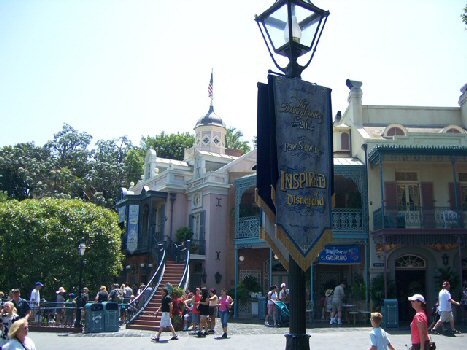 View of the Gallery above Pirates. The banner on the lamppost advertises the Gallery’s current and seemingly final show, “Inspired by Disneyland.”

Visiting the Disney Gallery, and especially its balcony overlooking the Rivers of America, has calmed me down on frantic Disneyland days since I was seven years old, when the Gallery opened in 1987. But on this gorgeous, clear July afternoon, the climb up the curving steps fills me with foreboding, because it looks like the last time I’ll get to visit Walt’s intended apartment, and the Gallery housed inside. Although the Disney Company hasn’t officially announced it, it appears that the 20-year anniversary of the Gallery also marks its closing. The rumors are that the last day would be July 31, but it’s been extended one more week. I’ve decided to visit it for the last time today – in fact, visiting the Gallery is why we made the journey to Disneyland this vacation. 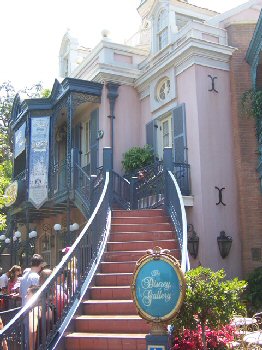 Trip to the top.

When I was little, the trip up the stairs to the Gallery, semi-hidden above Pirates of the Caribbean in New Orleans Square, used to seem intimidating and steep. Of course, I used to trip over my own feet a lot, anyway. (Well, more often than I do now.) My parents insisted we visit the Gallery on every trip—they liked to look at the park concept sketches and models on exhibit; I liked to feel like I was climbing up into a really fancy treehouse. 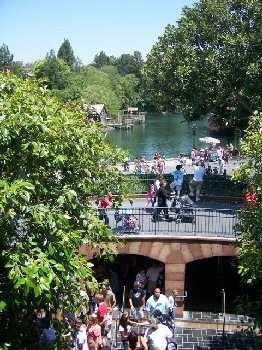 At the top of the stairs, you have a charming view of the mellow Rivers of America and the not-so-mellow tourists waiting to board Pirates below. 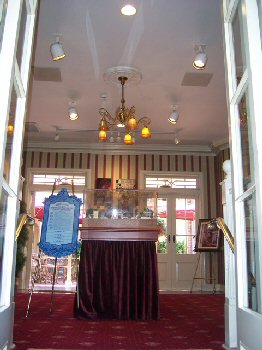 The Gallery welcomes you. 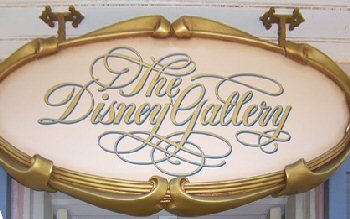 I love that font.

Eventually, I started taking the steps two at a time, and then started buying my own Disneyland-related art books and prints from the shop. My first big purchase (in size and importance) from Disneyland was a giant Donald Duck stuffed animal; my first big purchase from the Gallery (also in size and importance) was a nearly six-foot-tall Haunted Mansion stretching-room portrait of the girl with the parasol on the tightrope, suspended over the snapping ‘gator (or crocodile?). That led to buying my first signed print, when I was an Art major in college—a view of the Matterhorn from Tomorrowland, Tribute to Herbie Ryman, by Eric Robison. I knew that it was a special painting, and commemorated a brilliant Disneyland artist, but what convinced me to buy the print was getting it at the Gallery—Walt’s place. Years later, when my Disneyland-loving spouse and I bought our house, there was no question that the Gallery print would go over the fireplace. 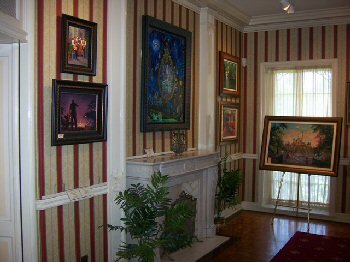 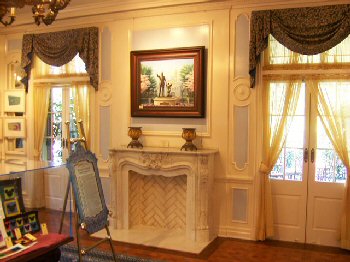 My fireplace might not be as ornate as these, but I’ve still got a print from the Gallery hanging above it!

The Gallery became a special place for me because visiting it—and buying my souvenirs there—helped me transition from loving Disneyland as a kid to loving it as an adult. (OK, an adult who still has that giant Donald Duck, but an adult nonetheless.) Each exhibit over the years helped me appreciate the combination of creativity, boldness, artistic skill, and all-around “just-do-it”ness that make Disneyland exist. The paintings, drawings, and sculptures the Gallery displayed were more than just pretty images of my favorite place; they were also reminders of the individuals who contributed to making it real. With every Herb Ryman sketch, Mary Blair painting, or Blaine Gibson model, my appreciation grew for the tremendous talent behind Disneyland. 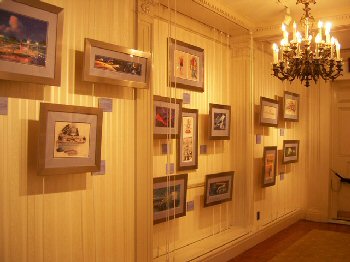 Most of the artwork on display is available to buy through Print-on-Demand. 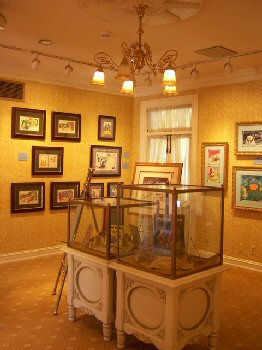 An array of Disney Little Golden Book paintings is featured next to the courtyard. 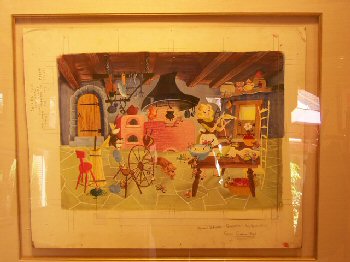 The original artwork used for the cover of the Cinderella Little Golden Book.

As much as I loved studying the pieces on display, though, my favorite part of the Gallery was always ducking outside, onto the balcony, to sit and take in New Orleans Square. Every time I stepped out the sliding doors onto the balcony, feeling supreme secretive joy, I would smile at Walt’s and Roy’s initials, curled and hidden in the wrought-iron railings. I was so glad that “normal” guests like me were allowed to visit Walt’s apartment and his balcony, to quietly appreciate the park he and Roy created, whether by looking at concept art for it or watching the park buzz with activity, from a shady spot on the balcony. Of course, I appreciate Disneyland’s rides, and there’s nothing like screaming as loud as you can while being zipped around a track, but the Gallery offered such a refreshingly calm place to recharge that became just as invigorating to my love of Disneyland as a trip on my favorite ride. 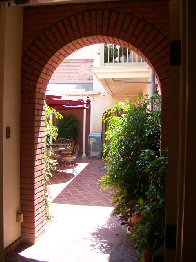 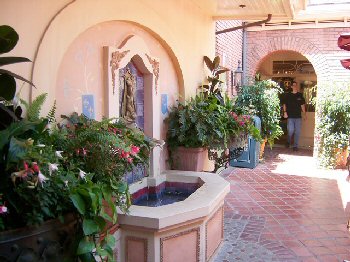 The Gallery’s courtyard offers another relaxing spot. I’ve tossed my share of pennies in the fountain.

On my last visit, I pull up a chair to the rail’s edge to people-watch. From my spot semi-hidden in trees, I take in the river, full of life with the Columbia, the rafts to the new Pirate’s Lair on Tom Sawyer’s Island, the freshly painted Mark Twain clanging its bell and sounding its steam whistle, and the canoes outracing all the other vessels on the busy water. It’s probably my favorite view in the whole park, and has been since I was old enough to want to buy attraction art more than stuffed animals. Looking around at the bustling panorama of Disneyland spread out below me, I am sure that Walt would have liked to see the park like this—full of activity and from this perfect view. It is his balcony, after all. I’m glad that I was able to see the park this way, as he might have liked to, for the last 20 years. 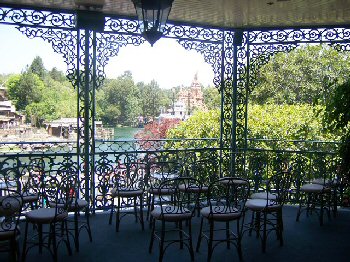 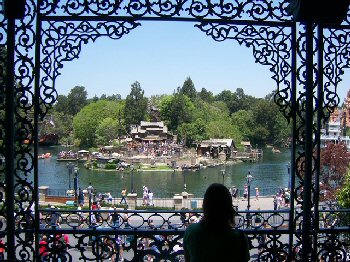 A bird’s-eye view of the Rivers of America. 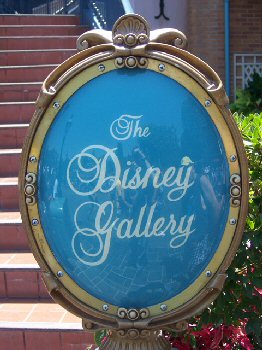