Through the development of game franchises like Karaoke Revolution, Guitar Hero, Rock Band, and Dance Central, Harmonix has established itself as a leader and innovator in music and rhythm based video games. With this expertise and success combined with the recent innovations of Disney Interactive and the rich history of Fantasia, what you get is Fantasia: Music Evolved.

Fantasia: Music Evolved was released in October 2014 for the Xbox 360 and Xbox One, but with necessary use of the Kinect motion sensor. The storyline of the game uses the Sorcerer’s Apprentice scene from Fantasia as a starting point, with sorcerer Yen Sid directing the player, or his new apprentice, to drive the “noise” out of various realms. 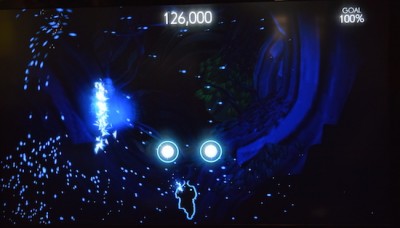 Like most other Kinect games, you control the game just with your movements. For this game, you specifically focus on arm movements, resulting in a mix somewhere between conducting and dancing.
These movements include swipes, punches, holds, and more. One of the main things that separates Fantasia: Music Evolved from other games in this category is the ability to impact the song as you are playing it. 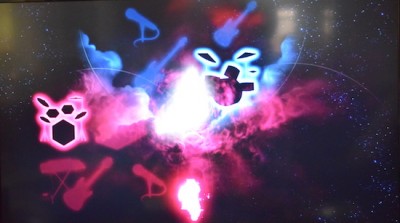 The first way to do this is by activating remixes. Occasionally in each song you get a special hit that increases your point multiplier but also gives you the opportunity to change an instrument group to a different remix. Besides the original version there are generally two other remixes to choose from, and mixing between them lets you have a different experience each time you play a song. 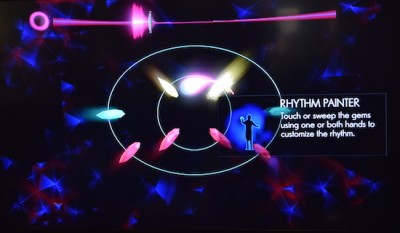 The other main way to impact the song in gameplay is through “Composition Spells.” After unlocking these you will be able to record a short musical phrase that is then inserted into the mix. 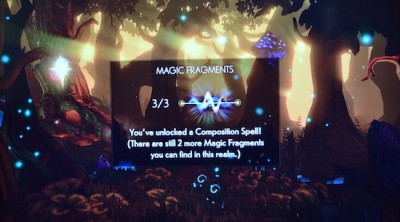 With all of that down, your job is essentially to travel through the realms and fight the Noise by making cool music. You can also just play songs in the song library, including the unlocked remixes, or switch to “party mode” to play your entire library at any time. In these modes you can also play with one or two players.
The Music:
Fantasia: Music Evolved has a mix of pop and classical music, combining the worlds of games like Rock Band and Dance Central with the focus of the Fantasia movies. The result is playing ” Night on Bald Mountain,” “Bohemian Rhapsody,” and “Let it Go” back to back to back. The original game starts with songs from around 30 artists, and like many other games in this genre, you can buy more songs from an online store. 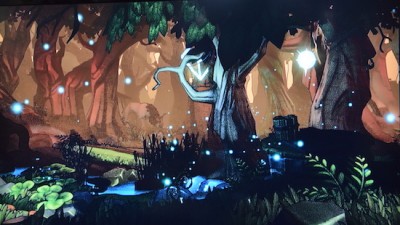 A few thoughts:
-This is a fun game that takes a new approach to music and rhythm type video games. I previously enjoyed the Rock Band games and think Harmonix does a really good job at designing their gameplay experience.
-Any frustration with game play I think is more due with the Kinect sensor rather than the game itself. There are a few menu navigation hiccups, but even these are better than most Kinect games.
-Speaking of the sensor, if you ever see a commercial of people playing with a Kinect it seems to always be in some large loft space without any furniture. As this is not always realistic, it is always best to make sure you have enough space to enjoy the game. However, Fantasia: Music Evolved is better suited for playing in smaller or more crowded spaces than any other Kinect games I have played. A lot of this is because you mainly just need to use your arms so it can capture your movements more effectively.
-The beginning of the game serves largely as a tutorial of how to do everything. This is really helpful as an introduction, but it did not seem like you could stop during it and it took a little longer than I expected. While this was fine for me, it is something to note if you are just getting started.
Overall I would recommend this game. It is fun, easy to learn, and has a good mix of music. It also has a great mix for ability levels: you can’t “lose” on any song so beginners are covered and it is challenging enough with enough variety that more experienced players won’t fly through it and get bored. Additionally, this game has the best use of the Kinect technology that I have personally played.
What are your thoughts of Fantasia: Music Evolved? Let us know what you think!