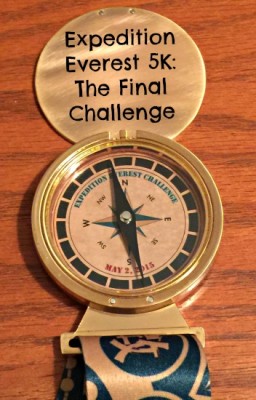 Last month Scott was fortunate enough to participate in the final RunDisney Expedition Everest Challenge at Disney’s Animal Kingdom. Scott recently took up running as a new hobby, and felt that this would be the perfect chance to “get his feet wet” with RunDisney, as the 5K race felt like a good distance for a novice runner. When it was announced that this would be the final Expedition Everest Challenge, he knew that he had to register!

The Expedition Everest Challenge was a 5K (3.1 miles) run through Disney’s Animal Kingdom theme park and its surrounding parking lot. There were three unique attributes to this race not found in any other RunDisney events. You could participate as a team of two, run through obstacle courses, and solve clues to complete a scavenger hunt after the race.

Unfortunately, the Challenge didn’t even make it ten years, with the inaugural run in 2008 and the final challenge this year. The race was held in the fall for the first couple of years, and the second event was cancelled due to inclement weather. The 2010 Expedition Everest Challenge was pushed back to spring, and the Challenge remained a spring event until its final run on May 2nd 2015. 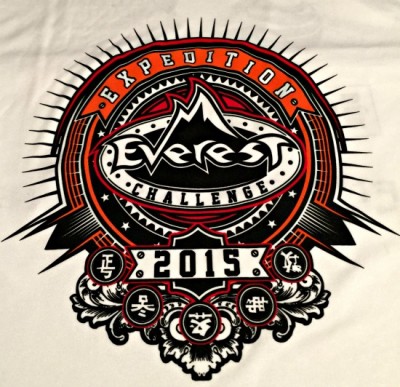 As if running 3.1 miles wasn’t enough of a challenge, three small obstacles were included in the race to spice it up. The obstacles were updated slightly during the Challenge’s short tenure, but the level of difficulty remained fairly consistent. Any runners who didn’t wish to participate in the obstacles had the option of running past them along the side.

To earn the coveted medal for completing the race, participants would embark on a scavenger hunt through the Animal Kingdom, hunting for clue cards and solving riddles to move on to the next clue. There were 5 fairly challenging clues to solve, and once completed, participants would receive their hard earned medals, and gain admittance to the after party inside Disney’s Animal Kingdom to celebrate their victory. 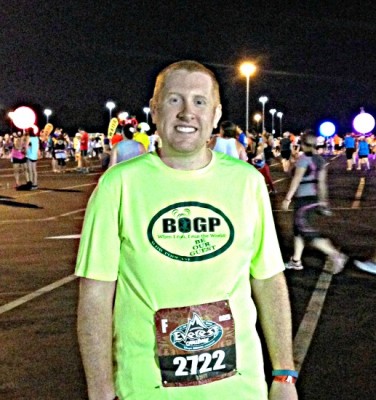 The Expedition Everest Challenge differed from other RunDisney events in that there was not a big expo held at World Wide of Sports, and the packet pickup actually took place in the Animal Kingdom’s parking lot. There were a couple vendor booths such as New Balance and Fit2Run, and a few “I did it” shirts available for purchase, but overall, there was not much going on in terms of merchandise. Runners were given the option of picking up their race packets either the day before or on the day of the race, up until 2:00 p.m.

The race started at 10:00 p.m. at the Butterfly Parking lot. Even though this was a smaller-scale race, there were still starting corrals, and they went all the way to letter “J”. Scott was in corral “F” and didn’t start running until 10:30 p.m, so those in the last corral most likely did not begin the race until close to 11:00 p.m., which is pretty late (especially after a day in the parks)!

Almost the entire first mile was through the parking lot, which was a bit boring. The first of the obstacles was in this stretch, and involved jumping over haystacks. Although some of the runners went to the side to avoid the haystacks, this was actually Scott’s favorite obstacle, and the one he found to be the most challenging. Once through the main entrance there was a photo opportunity with Chip and Dale. In addition to Chip and Dale there were also photo opportunities with King Louie from The Jungle Book and Timon from The Lion King. 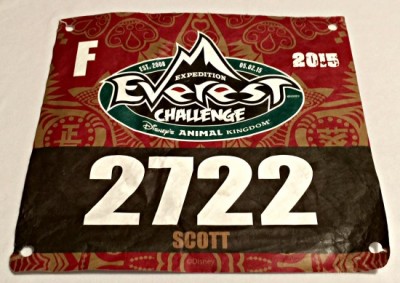 Once in the theme park you ran down Discovery Island in front of the Tree of Life, then cut to the left through Africa. Once in Africa, you made your way through Asia, heading towards Expedition Everest. After passing its namesake attraction, the expedition raced on to the part that Scott was looking forward to most – going behind the scenes of the theme park. To get here you took a Cast Member exit over by the Theater In The Wild building, and ran behind the Forbidden Mountain.

There wasn’t much to see in this area, and it was a long down and back, with an obstacle in each direction. The first obstacle in this stretch was crawling under a net military-style, and the final obstacle on the way back consisted of running through tires.

From this point there was about a half-mile left to go in the Challenge, and unlike your standard race, when you completed the 5K there was no medal. Instead you were handed a cooling towel, and your first clue card for the scavenger hunt! 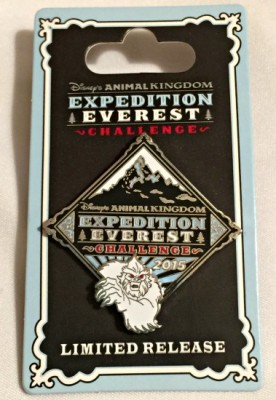 The scavenger hunt portion of the Expedition Everest Challenge was the only “hunting” allowed in Disney’s conservation-centric Animal Kingdom theme park! There were 5 puzzles in all to solve during the scavenger hunt. Upon receiving your first clue card, you had to run to the next clue station where you would only be given the next clue card after providing the correct answer to the first clue. For the most part, the clues weren’t that challenging with the exception of the first clue card (which was a real doozy). The Scavenger Hunt is where running as a team would have come in handy – to have a partner to help solve the clues!

After making it through all of the clues, all that was left was the final answer to finish the race. There was a hidden Yeti on one of the previous clue cards, and you had to show the correct card at the Finish Line to complete the race and earn your awesome medal! 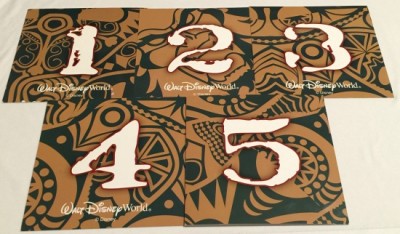 It was an amazing feeling earning my first RunDisney medal, and it was a spectacular medal at that! The race itself wasn’t too tough for me, but I took my time during the scavenger hunt, and by the time I finished it was almost midnight, and I was tired!

We had purchased Elizabeth a post race party ticket, so we had to make sure we got some value out of that. So after the race we met up and rode Expedition Everest – of course! After one ride, the posted wait time had climbed to 45 minutes, so we decided to call it a night. The combination of long wait times with the short party duration (the party ended at 2:00 a.m.) made us feel that the post-race party ticket for runners’ companions was a poor value. It also made us wonder what the wait times would be like for the runners stuck in corral “J”, when they finally completed the race.

Overall I was pleased with the Expedition Everest Challenge. I am happy to be able to say that I completed it once before it was cancelled, and it gave me a great introduction to RunDisney events. 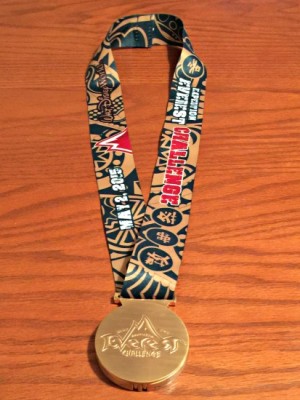 What will replace the Expedition Everest Challenge? No one knows the answer to this question for sure, but based on the popularity of these races, I’m confident that RunDisney will come up with something to fill this void. In my opinion, it would make the most sense to replace the Expedition Everest Challenge with a Stars Wars themed race – the existing date would be perfect since it would coincide with Star Wars Weekends at Disney’s Hollywood Studios. But I guess that only time will tell!

Did you ever participate in the Expedition Everest Challenge? What were your thoughts of the race?