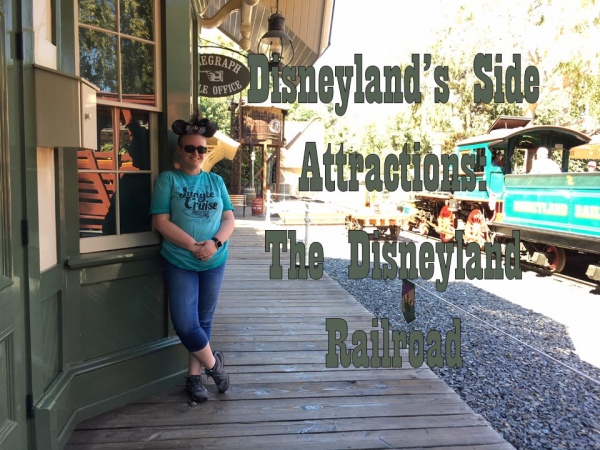 When last we met, we took a trek through Adventureland. Today, we are going to continue our adventures by hopping on one of the better-known attractions at Disneyland and exploring some of its lesser known points. So, on to the Disneyland Railroad. All aboard!

When Walt Disney originally envisioned a place where whole families could play together, he had a few mainstays planned. There should be, amongst other things, a steam boat, a carrousel, and a spook house (yes, even in those early plans, Walt had the vision of a haunted house. We will unshroud those details in a later post). “And it should be surrounded by a train.” – Walt Disney

Walt was a huge train fan. He had a small-scale train at home and the larger narrow-gauge train at Disneyland. When the railroad first opened on July 17, 1955, the trains were run as the Santa Fe & Disneyland Railroad. Walt owned this attraction rather than it being a Disneyland attraction. Early engineers and conductors pulled their pay from Retlaw (Walter backwards) rather than Disneyland. 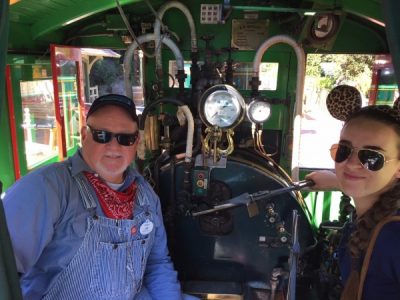 The original Disneyland Railroad track took guests along the outside berm of the park from Main St, USA to Main St, USA. With the addition of Frontierland Station (early 1956) and Fantasyland Station (mid 1956), it would be another two years until the next update to the line. 1958 brought the new Grand Canyon diorama and the Tomorrowland Station.

The Start of Our Journey

Heading over from Shrunken Ned, we pass through New Orleans Square to the train station snuggly nestled between the mint julep bar and the Haunted Mansion. This station offers a few interesting things to note. The first is visible from the station waiting area, looking across the tracks to the right. Here we can see a large water tower. This tower is not just for looks and if we sit in the first train car, we will often see the engineers refilling the steam trains’ water here. 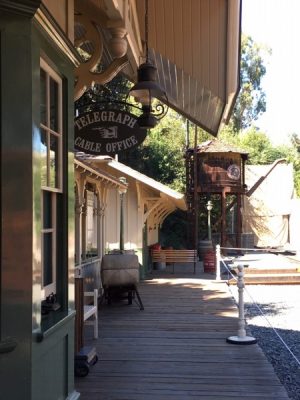 Next, let’s look at the building straight in front of us. This is a typical train station of the late 1800’s and is of interest not just for the signs on the windows, but also for the ‘tap tap clack’ we hear. This set of Morse code is tapping out Walt’s opening day speech: “To all who come to this happy place, welcome…” 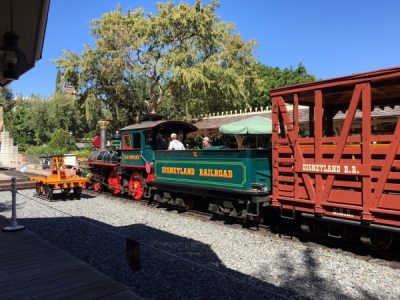 As we climb on the rolling stock of the No. 2 – the E. P. Ripley, I would like to point out a few things. Firstly, W.E.D. Enterprises built No. 2  ( They also built No. 1 – the C. K. Holiday). This was the set of imagineers who designed and built Disneyland. Baldwin Locomotive Works built the other three engines running the Disneyland tracks. There is a brass plaque on the engine denoting its founding place. The No. 2 is distinctive from the other 4 engines because of its painted name and number, as well as its smoke stack. Each engine has a unique smoke stack. One other thing that makes the Ripley stand out is that she was the engine to pull the first rolling stock at Disneyland with Walt in the Engineer’s spot on opening day. 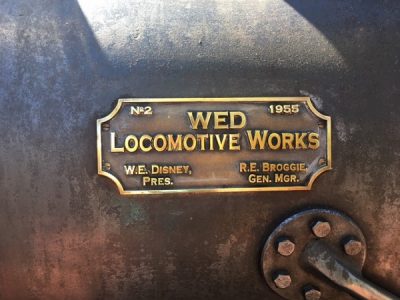 As we sit onboard the Disneyland Railroad, we might hear some of the guests already aboard taking about the jungle cats they just spotted on their ride from Main Street, USA. I am relieved that we won’t have to watch out for the sleek, black panther that haunts the rails there. If you want to see him later, have a good look to the front of the train as you travel.

Departing from the Old

The Disneyland Railroad conductor shouts ‘All ‘board’ and we head off as the powerful engine presses forward against the rolling stock and the weight of the guests. We head into a tunnel. As we steam through we will see the inside of the final scene of Splash Mountain. And now our tour diverts from the original plans of the track. We take a tight turn right and head along the Rivers of America. Don’t forget to wave at the local Native Americans. I understand that they are very friendly. Now we experience something that a Disneyland train had never done before. We head up. The grade is 3% to climb up and over a trestle. Below us is a wonderful homage to the Mine Train through Nature’s Wonderland. You won’t be able to get a good look at it here, but we will check it out later on the Mark Twain.

As we pass this section on the Disneyland Railroad, we can see the Native American Storyteller. He is happy to share his stories with us and we head down hill and turn to the left (another thing that this engine had not done before the track change to accommodate Star Wars Land). The bright music of Fantasyland greets us as we exit another tunnel. We will stop here to let people on and off. 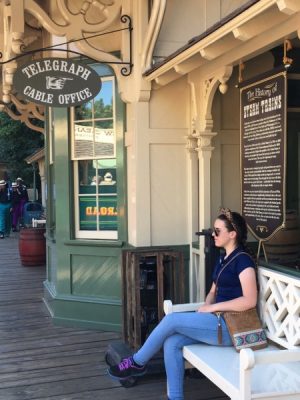 Continuing through the façade of It’s a Small World, we are not heading towards Tomorrowland. We will race the Monorail, and see Autopia, the Submarines, the Matterhorn, and Tomorrowland proper. Another quick stop and the engine might be refueled. All the steam trains run of biofuel. Used on site oil refills the engines. It is nice to see the recycling habits of the company.

As we pull off again, we are about to enter one of the best dioramas around. The narration changes from our normal guide to the Grand Canyon Suite and we begin to see the wonderfully detailed Grand Canyon before us. Each animal here was had selected with care and represents the local wildlife of the great landmark. Looking at the backdrop, I point out that it was all hand painted and that the seasons change as we continue deeper into the display. Then we take a breath and we head back to the primordial periods of the canyon. Here we are introduced to audio-animatronic dinosaurs. Just don’t look too closely:

This diorama has some pranksters in it. If you are in the first carriage or the last, you might catch a cheeky Cast Member popping up and bolting across the scene.

Our favorite T-Rex also had 3 claws on each ‘hand’ because it was aesthetically more pleasing than the correct 2 claws.

We have made it to Main Street, USA. This is where we are going to disembark. As we walk out towards the front of the train, I will thank the Ripley. She has done the hard yards today.

As we are back on Main Street, USA, let’s have a bit of a look around. And in my next blog we will talk about a few more side attractions here.

Unusual Adventures on the Trains

If you are a train fan like Walt, there are a few things to add to your bucket list. You need to be very lucky to participate in these, so don’t be disappointed if you are unable to do them when you try. All these experiences begin and end at Main Street Station. You will need to take the entire ride around the park to participate. Talk with the conductors at Main Street Station as early as possible to be involved. Ask them if any of these are running, if you can participate, and what you need to do. 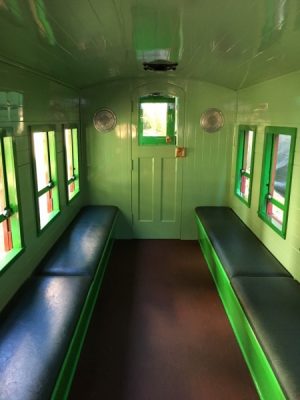