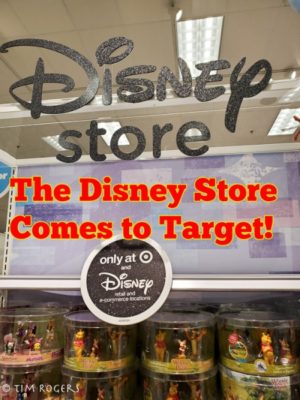 During this year’s D23 Expo, Disney and Target announced a new partnership. One piece of that was a new Target store inside the Walt Disney World resort in Florida, but the more immediate and tangible announcement was the partnership between Target and Disney Store. As a part of their “store within a store” initiative, Target was going to start having a Disney Store inside of their stores, starting this October with 25 stores.

Well, it is October, and one of those stores is about 5 minutes from my house, so naturally, I went to check it out. 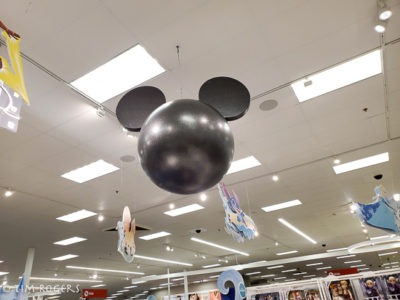 First, before this new section opened, my wife and I were trying to guess where they would put it. While our guesses were actually wrong, spotting the not-so-hidden Mickey was our clue as to where to go (hint: between the toys and children’s clothing). 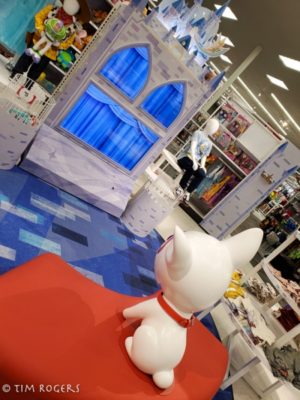 While coming up, the music changes to Disney music and you see a screen showing upcoming Disney projects, both of which will be very familiar to Disney Store regulars. 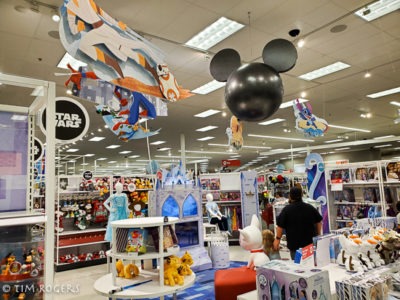 The store itself isn’t super big, but does have a sampling of several items you usually can only find in a Disney store. These included a selection of plush, the themed playsets that are a mainstay of every Disney Store, Animator’s Collection dolls, costumes, and more. 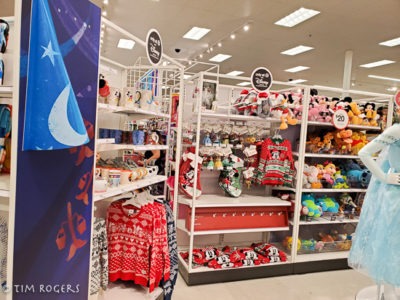 One thing I was surprised by, but probably shouldn’t have been, so that this mini-store also included some of the Disney Store specific Christmas merchandise, including Sketchbook Ornaments and ugly sweaters. They had a super cute Mickey and Minnie tree topper that I don’t need and should be applauded for not buying. 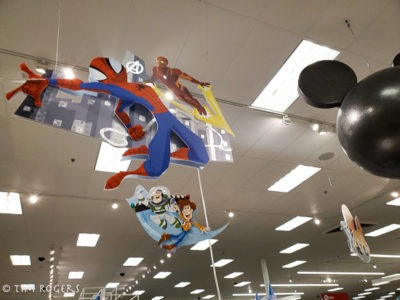 As a whole, this “store within a store” wasn’t groundbreaking, but is a nice addition. If it wasn’t in a location I drove by every day, I probably wouldn’t make a special trip just to go, but since the closest Disney store to me is an Outlet about 30 minutes farther away, this is definitely a useful addition that I’m sure I will regularly visit. If your local Target is on the list currently, or gets one in the future, check it out!