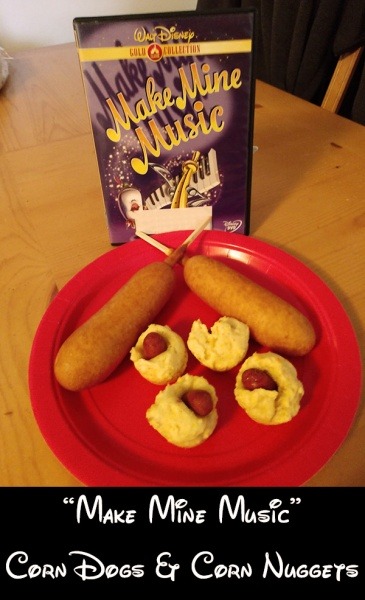 The 1940s were a difficult time for the Walt Disney studios.  The US Army had drafted many of Walt’s staff and those that remained were commissioned by the government to make propaganda and training films.  Walt did not want to see his film studio go stagnant, but did not have the staff to create another feature film.  As a result, the studio created anthology films made up of film shorts. Make Mine Music was released in 1946 and originally contained 10 unrelated film segments.  One of those segments was later cut from the US video release due to comic gunplay.

Make Mine Music certainly does not seem to have much of a presence in the parks, unless you are familiar with the film and you know where to look.  Have you ever checked out the posters in the Mickey’s Philharmagic queue? Mixed in with Genie singing the blues and Ariel’s Coral Group is a poster for Willie the Whale. The final segment of Make Mine Music is The Whale Who Wanted to Sing at the Met, the story of an opera singing whale named Willie. Have you ever wondered who the Casey is of the Casey’s Corner quick service eatery in the Magic Kingdom? Casey is the star of Casey at the Bat, an animated recitation of the Ernest Thayer poem with the same name and tells the story of an arrogant baseball player.  The restaurant has a baseball theme and is home to the best hot dogs in the Magic Kingdom. 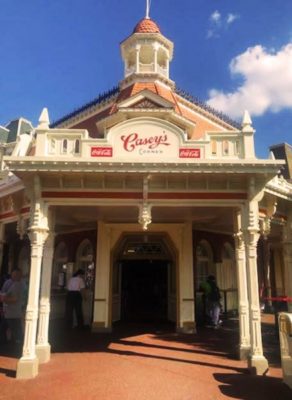 So how do you create a meal for Make Mine Music? You take a peek at the Casey’s Corner menu and do your best to recreate the highlights! Casey’s Corner is famous for their corn dogs and corn dog nuggets, so that is where we began! My corn dog making skills are non-existent so I will admit to cheating and purchasing the pre-made, frozen corn dogs however we did want to make at least part of our meal ourselves.  We made an interpretation of a corn dog nugget by making gluten free cornbread muffins and placing a third of a hot dog into the muffin prior to baking in the oven. 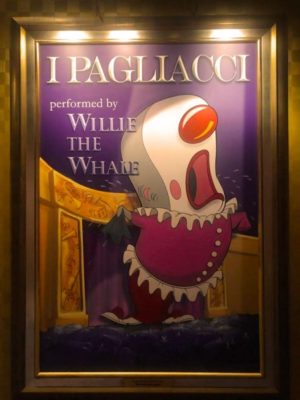 Casey’s Corner does not offer much in the way of desserts and we needed more than just hot dogs for our menu. Time for another film segment! All the Cats Join In portrays teens bopping to the music of Benny Goodman and his orchestra in a soda shop. Conveniently, a group of them order a banana split and that makes a great dessert! 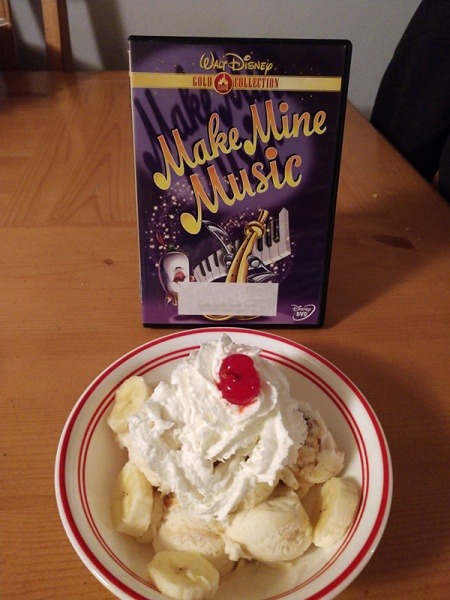 Sometimes our movie meals require a bit of interpretation and creativity, but that’s all part of the fun! We can’t wait to see what kind of challenge our next movie brings!